INTERVIEW: Ellen Dunham-Jones’ “Big Design Project for the Next Generation” – Next City

INTERVIEW: Ellen Dunham-Jones’ “Big Design Project for the Next Generation” 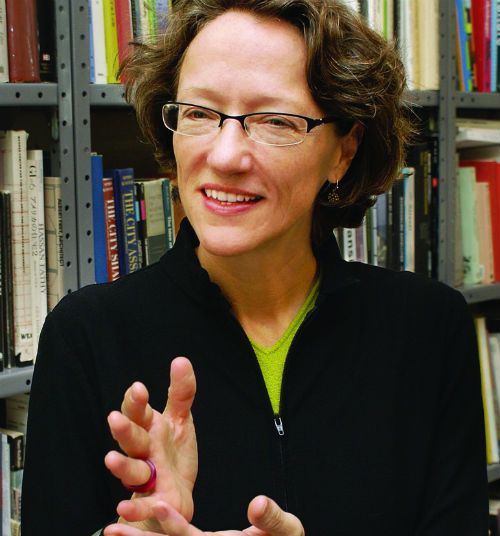 In anticipation of the twentieth Congress for the New Urbanism coming up in May, Next American City will run interviews with several of the event’s key speakers and participants. To kick off the series, NAC spoke with Ellen Dunham-Jones, a professor of architecture at the Georgia Institute of Technology and co-author of Retrofitting Suburbia: Urban Design and Solutions for Redesigning Suburbs, the quintessential guidebook for making sprawl more sustainable. Here she discusses vital demographic shifts, different redevelopment strategies and some of the more impressive retrofitting projects going on in the U.S.

Next American City: A recent survey found that for the first time, most Americans prefer a walkable neighborhood to a large house. What do you think accounts for this shift in national opinion, and what does it mean for how we plan our suburbs in the near future?

Ellen Dunham-Jones: I think it reflects some of the changes in demographics. The reality is that the generations we have designed the suburbs for have grown up to the point where the baby boomers, who were the original babies for the suburbs and are now mostly empty nesters, no longer need minivans to cart kids around. In fact, their households, for the most part, don’t even have kids anymore. And then you have also got an enormous number of Gen Y, folks in their twenties and thirties, whose jobs are out in the suburbs. But they’re frankly looking for some nightlife. They’d like to meet people. They don’t want to just go around in cars everywhere. They are looking for those kinds of walkable neighborhoods where they can socialize.

I think that’s the same dynamic at work with a lot of the baby boomers. There are still plenty of households in suburbia that have children, but two-thirds of suburban households do not have children in them, and as people desire to get a little more social, they are finding that walking is great. They’re really looking for that life that exists in those walkable places.

NAC: In suburban communities around the country, have you found that local leadership and developers are on the same page with this shift? Are they heeding the public’s growing penchant for more urban-like places to live, or are they still caught up in the thirst for sprawl?

EDJ: In different markets you see very different dynamics happening. But overall, one thing the recession has done is it has given the municipal planners a chance to catch their breath and talk to their communities about what kind of future they really envision. Before the recession, most of the redevelopments that were trying to be more walkable were really developer-led—developers who saw the underperforming asphalt in suburbia as an opportunity to address growing markets. But zoning codes and buildings codes had not caught up with that. The recession has allowed many communities to revise their regulations and really position themselves to capture that coming demand as the economy fully recovers. But it varies: There are certain communities that are still very interested in going back to the old model of sprawl, and there are plenty of developers who do that too.

NAC: Let’s talk for a moment some of the changes in different suburban communities around the country that you’ve seen and studied. What projects stand out in your mind, and what types of receptions do they get?

EDJ: What’s interesting is there are so many different projects. [Retrofitting Suburbia co-author] June Williamson and I have been cataloging these for many years. We’ve got about 250 projects in the database right now. We categorize them according to three different overall strategies.

The first is simply re-inhabitation with more community-serving uses. There are loads of examples of dead big-box stores, or dead malls, that have been re-inhabited with libraries, schools, medical facilities [or] religious facilities, and some of them are really creative. Lots of gyms and recreation facilities going in. On the other hand, often there’s a holding pattern until the economy recovers and more investment might be possible. But they tend to really help the social sustainability of a community, and they provide that cheap space that Jane Jacobs wrote about years ago, that allows the low-profit to come in and, in many ways, to complete a suburban community that hasn’t had space for the arts or for new schools. [There are] a lot of charter schools going into these spaces, and a lot of artists and theatre groups going into old spaces. Those tend to be received very well, although they are not really fundamentally changing the physical fabric. But they’re still at least keeping the lights on, doing good things.

The second category, redevelopment, is where you tend to get the environmentally sustainable features. That’s where you see an underperforming property more or less bulldozed and urbanized—building on top of parking lots and putting in much more up-to-date green infrastructure. And those projects that stand out—places like Belmar in Lakewood, Colorado, outside of Denver—have done a remarkable job of replacing a 100-acre big mall with 22 walkable blocks, lots of green buildings and public streets. It’s the downtown that Lakewood never had. There are about 15 of those projects built in the country now, and another 25 that are in various stages of development. The economy definitely slowed the progress on a lot of the big dead mall retrofit redevelopment. But there are all kinds of redevelopment. Sometimes it’s infilling office parks. In some cases it’s entire subdivisions or garden apartment complexes that have been redeveloped. In those cases there is some displacement, and those need to be handled very carefully. The extension of transit further out into the suburbs has triggered massive retrofit. In Denver, it’s been the dead mall: Eight out of the 13 malls in the Denver area have announced plans to be retrofitted.

The third category, which is really quite surprising, is re-greening. It was very common, before the Clean Water Act, for commercial properties in suburbs to be built on the wetlands. We’d drain them and put in some culverts. Now that those properties are going dead, there is an opportunity to either reconstruct the wetlands or put in parks. We’re finding that dead property is reducing property value around it, but if you put in a park or well-designed bioswales and other kinds of green infrastructure, you are increasing neighborhood property value. These projects are seen as increasing sustainability and improving community. Nobody likes to see a dead, declining property.

NAC: Among the three that you mentioned, how do you decide which approach is the best for a community? I imagine that New England suburbs would demand a different approach than, say, Phoenix.

EDJ: Yeah, there is definitely no one-size-fits-all on any of it, and I’d say in general it’s always each community that figures out what’s appropriate for a particular property. I’m based in Atlanta, and I think there are certain parts of Atlanta where greening makes great sense, and other properties where redevelopment makes sense. What June and I have been encouraging in other new urbanists—like Galina Tachieva and her book, The Sprawl Repair Manual—is more looking at metro-wide: Looking at where are all the vacant properties, the underperforming properties, and doing what we call a gray field audit so that strategic decisions can be made. Where are the ecosystems where we can reconnect and get in parks and re-green? Where are the transit and employment centers and the places where we really ought to be redeveloping? And also where should we be really trying to maintain affordable cheap space where we want to keep some re-inhabitation?

In general, I don’t think it’s so much that one region benefits more from a strategy. All three strategies are all useful within a metro, and they’re often even all useful within a single property. Northgate Mall in north Seattle is an older mall that is actually thriving. They wanted to expand, but they had to strike a deal with local environmentalists who were mad that the headwaters of a local creek had been paved over and culverted for a parking lot. So they re-greened that portion of the parking lot in order to get permission to expand. They also built new senior housing, as well as general mixed-use, around the new bioswale that they built there. All three strategies have been employed in different ways to help make the Northgate Mall function as a better neighbor and really be a community anchor.

NAC: So you have been a professor of architecture and urban design for over a decade. Have these sorts of issues become part of the curriculum? Are urban design students being taught these, or are they still learning the same things that they had been taught 5-10 years ago?

EDJ: I have actually been teaching for 25 years now. June and I have been incredibly gratified constantly meeting professors at other schools who say, “Oh yeah, I assigned your book or I had my students work on this.” I see an incredible outpour of interest. I just got back from a two-day workshop with June at the University of New Mexico, and I was astonished at the students who put in really long days and stayed even longer on a Saturday than they had to because they are really eager to learn this. The argument that June and I make—and I think it resonates well with students—is that we spent the past 50 years designing and developing suburbia, and yet all of the unintended consequences of that, and the continued resource depletion that we’re very well aware of, means that the big design project for the next generation is going to be retrofitting suburbia.