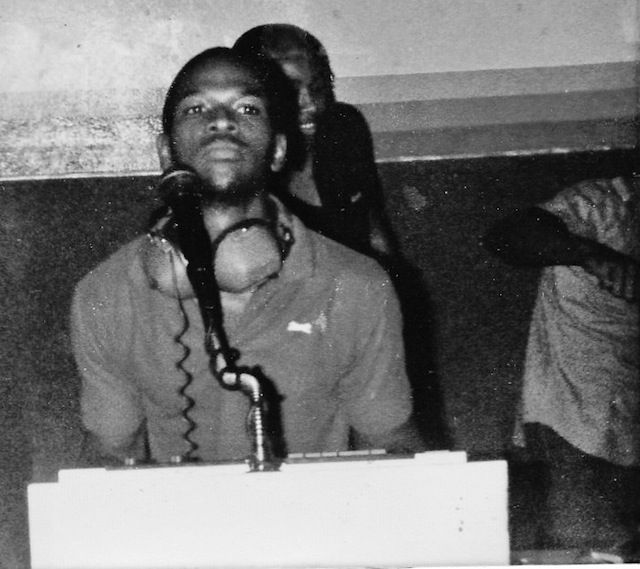 A young Carl Hart, before he was Dr. Hart. Credit: Carl Hart

As a young man growing up in poverty in Miami, Columbia professor Carl Hart saw the effects drugs had on his neighborhood every day. Later, as a researcher in the 1990s, he charted the way cocaine jolted an addict’s brain while trying to find a cure to addiction.

But when he started studying addicts themselves, he challenged the idea that the drugs are irresistible. He placed an ad in the Village Voice giving crack addicts a chance to make $950 for, well, smoking crack. Through his research, he found that these addicts would most often choose an economic incentive — between $5 and $20 — versus a hit of crack or meth. Drugs aren’t necessarily the problem, Dr. Hart discovered.

It’s all detailed in his excellent new book, High Price: A Neuroscientist’s Journey of Self-Discovery That Challenges Everything You Know About Drugs and Society, which is part memoir, part research bible. It moves seamlessly from Hart’s early days in Miami to his lab days at the National Institute of Health. The rare case of a researcher trying to change societal perceptions of drugs, Hart speaks with the demeanor of a sage professor and the thoughtfulness of a man grappling with what really ails society.

Next City called Hart up to chat about sagging pants, drug use in the urban core and the real problem with addiction.

Next City: Much of your book focuses on the urban core and mostly black men from low-income neighborhoods. In what ways can we apply this economic incentive model to our cities?

Dr. Carl Hart: That’s a great question. It’s interesting that the question is a novel one now, but in the 1960s and ’70s it’s what we were doing. We can, for example, invest money into job training skills, where you pay people to come get skills that are actually marketable. And you can even ask that they submit drug-free urine as part of the program, but they are paid for the day and they are getting job training skills. And they’re skills that society needs, not just busy work.

NC: So on-the-job training can ensure that people are better prepared for the workforce and, in a way, improve neighborhoods?

Hart: Think about the amount of money we spend in prisons. We’re not giving people any skills. We’re housing them under the supervision of people who don’t know anything about human development, nor do they care about teaching or education. Think of all the money we’re spending that way, where we’re not shaping any behaviors that will be helpful to us as a society.

NC: We need to push our city councilman or senators for more money to be spent on job training and education both in prisons and in the inner city? Is that the answer?

Hart: I think you’re right! Yeah, we definitely need to push for that. But we also have to understand that the majority of people who are in jails for these drug-related crimes are not there because they’re drug addicts. They’re there because they got caught. They’re more like folks like President Obama or Bush who used illegal drugs at one point, but didn’t get caught. So 80 to 90 percent of the people that use drugs don’t have a problem. But we have told the population that these drugs are so dangerous that we must go after them with such aggression. And I think that we need to reeducate the population about what drugs do and don’t do.

NC: So how big a role does race play in the perpetuity of drug use in the urban core?

Hart: Well there’s a perception that minorities, specifically black people, use drugs at rates disproportionate to the rest of the population. And that perception isn’t true. But there’s a reason that we have that perception. We have that perception in part because of sensationalistic media reporting, particularly in the electronic media where you see images of folks using these drugs. So if you were just watching your evening news, it’s hard not to come away with that perspective.

NC: You write, “The notion that addiction was some kind of’ ‘character defect’ or extreme condition that created completely unpredictable and irrational actions began to seem misguided.” How do we change the perception of just another young black man with sagging pants in the city? Why does that still persist?

Hart: One of the things that we must understand — and this is more difficult — is that it requires you, me and people who are concerned to be adults ourselves. And when we are objective adults ourselves, we think about young people having ways to express themselves. The hippies with their hair! You name it. All of these bizarre ways that young people express themselves. Sagging pants is just another one of those expressions. But these young black kids are easy targets. We need to not be so judgmental about it. Because those young people when they go into job interviews, their pants are pulled up. They know where they can express themselves and how they express themselves, and that’s really not a big deal. Sagging pants, why would that offend me? That’s you! And so we need to call those people out, who are pointing out how abhorrent this behavior is. Even our president has said something about this, which is ridiculous. He should be working on other problems. Not sagging pants. Can you imagine? Well, actually, Richard Nixon did say this about the hippies! This is Nixonian.

NC: You talk about how the surroundings effect the way addicts work. Do you think that people living in a more equitable neighborhood with mixed-income families and access to more economically and racially diverse schools — which, yes, sounds like a platonic ideal — have a better chance for lower drug use and better opportunity?

Hart: Drug use is not the problem. This is what I discovered while writing the book. If we’re targeting drug use, we’ve already lost the battle. We should be worried about other things. Drug use will be with us. There has never been a drug-free society. There never will be, nor should there be. And so I am comfortable with people using drugs as long as they have the proper amount of education and realistic education about drugs. Drug use is not so rampant that it’s causing problems. The problems are unemployment, people not having a stake in society, lack of skills — all those are bigger problems than drug use. So when the society and focuses exclusively on the drugs in these communities, it’s a way to avoid dealing with the real issues.