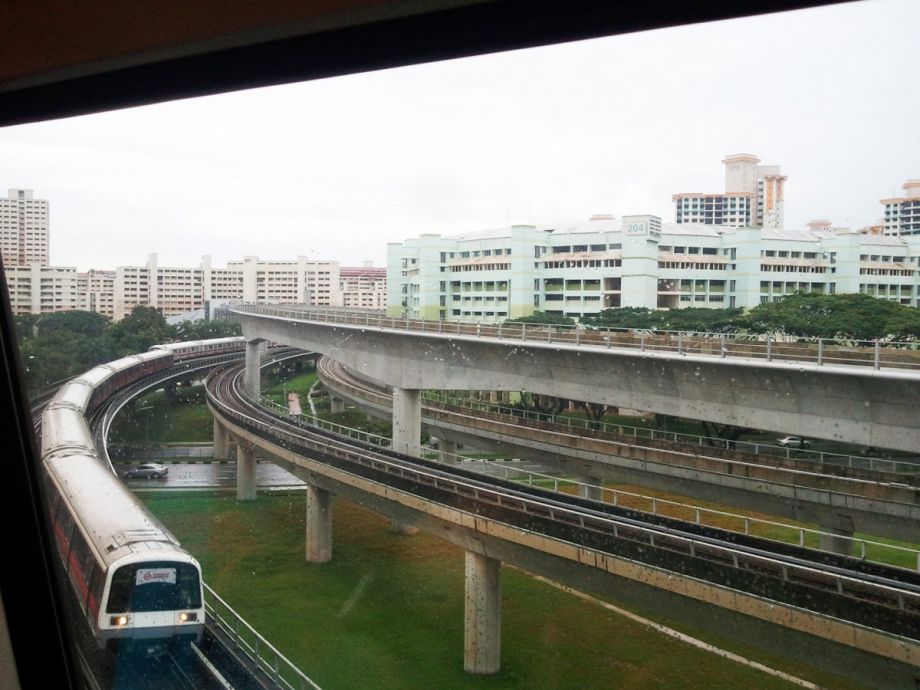 Singapore, Malaysia Team Up on Rail
The governments of Singapore and Malaysia have signed an agreement laying out in detail how the two countries will build and run a new metro line connecting Singapore with the city of Johor Bahru, located across the Strait of Johor at the tip of the Malay Peninsula.

Metro Report International reports that the Johor Bahru-Singapore Rapid Transit System Link (RTS Link) will run from Bukhit Chagar in Johor Bahru over the Strait of Johor on a 25-meter-high (82-foot-high) bridge before going underground in Singapore to end at Woodlands North station, where connection will be made with a new metro line being built in the city-state.

Each country will form an infrastructure company to fund, build, own, maintain and repair the portion of the line in their territory. (The report was silent on who will build, own and maintain the bridge, but it may be safe to assume that the Singaporean and Malaysian entities will jointly do so.) According to the report, each country’s mass transit construction and agency will serve as the infrastructure company: Prasarana in Malaysia and the Land Transport Authority (LTA) in Singapore.

Prasarana and Singapore’s private mass transit operator, Singapore Mass Rapid Transit (SMRT), will form a joint venture that will build, own, operate and maintain the rails and rolling stock under a 30-year concession agreement.

The RTS Link will use the same railcars, signaling and communications systems as the Thomson-East Coast Line currently being built by the LTA. That line will terminate at Woodlands North. Customs, immigration and quarantine facilities will be located in both stations, and passengers will clear border controls in both countries at their point of departure.

The line is being built to handle the high volume of traffic between the two cities. Many Singaporeans visit Johor Bahru for shopping, dining and entertainment, while many Johor Bahru residents commute to work in Singapore, where salaries are higher. The line’s capacity of 10,000 passengers per hour in each direction represents a significant increase over the 300 passengers per hour per direction carried by the shuttle trains that operate across the causeway connecting the two cities. The shuttle is slated to cease operations six months after the metro line opens in 2024.

Angeli finished digging the second of two tunnels that will carry the Regional Connector light rail subway this month, about a year after it began work near the Little Tokyo/Arts District station at First and Central avenues in downtown LA.

The three-station, 1.9-mile Regional Connector subway will connect the Blue, Expo and Gold lines via downtown. The line is expected to carry 88,000 passengers daily when it opens for service in 2021.

“Connecting our rail systems makes our communities more inclusive, brings our neighborhoods closer together and provides our region with a shared sense of belonging,” Los Angeles Mayor and LACMTA Board Chair Eric Garcetti told RT&S. “Angeli has been hard at work over the last year digging tunnels that will bring us an interconnected transit network, and today’s milestone is an example of the progress we’re making.”