Inside Scoop on Next City’s Insider Tour – Next City

Inside Scoop on Next City’s Insider Tour 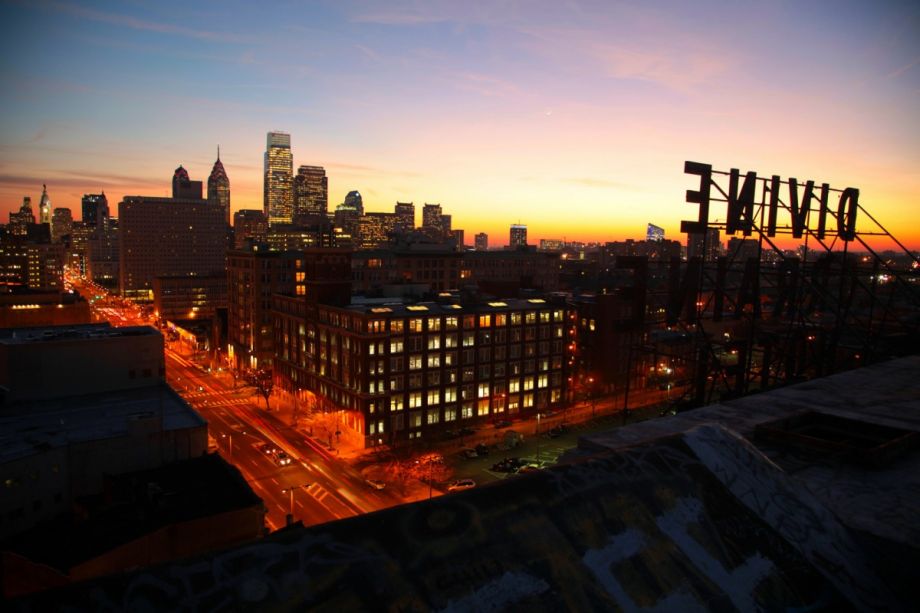 If you happened to drive by the corner of Broad Street and Fairmount Avenue last Tuesday afternoon, you may have noticed an unusual crowd gathered in front of the Divine Lorraine. Huddled in the rain at the foot of the steps of the looming architectural landmark, Next City supporters awaited the start of a guided tour of the former hotel and the Metropolitan Opera House sitting just three blocks north.

Considered by some a blighted eyesore, the mysterious Divine Lorraine has long since intrigued graffiti artists, vandals, urban explorers, the architecturally-curious — history buffs and developers alike. Eric Blumenfeld is one of those developers who saw beauty — and opportunity — in the abandoned hotel. Earlier this year, Blumenfeld purchased the Divine with plans to convert the ten-story building into luxury loft apartments, with restaurants filling the ornate ground floor. Down the street, plans for redevelopment of the Metropolitan Opera House are also afoot. Bob Gollwitzer, project manager and director of marketing for Blumenfeld’s firm EB Realty Management Corp., led Next City supporters and staff on the tour of the Divine Lorraine and Met, providing historical background, sharing plans and visions for their redevelopment, and inviting participants to engage in shaping the future. (He also dedicated a precious few minutes to warning the curious against traipsing into those areas where floorboards have eroded to a less than reliable state.Note for the future: Avoid plywood boards on the floors of abandoned buildings)

The afternoon concluded in the lobby of the Met, now home to a church, Holyghost Headquarters Revival Center. After a tour of the former opera house’s stunning stage and upper levels, tour participants shared a toast with Holyghost Pastor Mark Hatcher, raising our glasses in celebration of a successful 2012. We at Next City are grateful for those who shared the experience with us, as well as those who couldn’t be there, but have supported this year’s work in other ways. We look forward to what 2013 will bring — and look forward to sharing it with you, our readers. And a hearty thanks to EB Reality for opening their doors to us!

Check out this time lapse video of Philadelphia’s skyline from the roof of the Divine Lorraine (credit: abadrosa on Vimeo) and photos of the event below (credit: photographer Paul Gargagliano, Hazel Photo).

Gallery: Inside Scoop on Next City’s Insider Tour