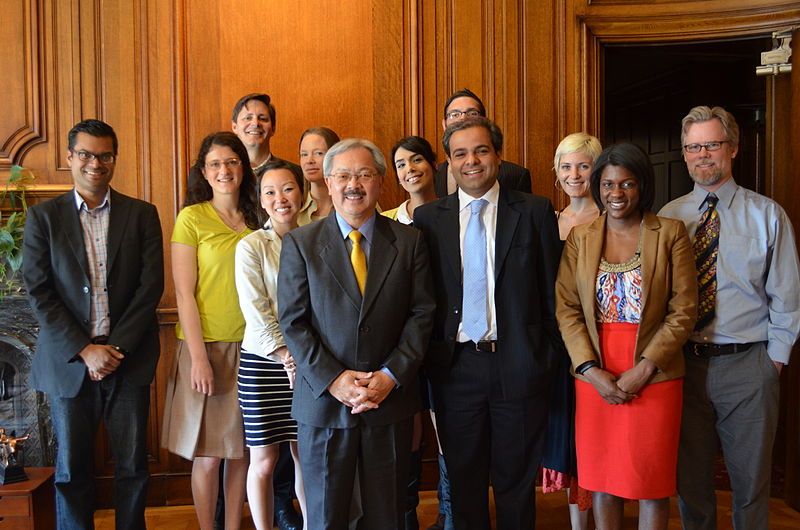 Rahul Mewawalla, a veteran of companies like Nokia, Yahoo! and GE, says that the new “Entrepreneurship-in-Residence” program at the San Francisco Mayor’s Office was inspired by something President Obama said at the tail end of a July speech on so-called smarter government.

“I’m going to be asking more people around the country — more inventors and entrepreneurs and visionaries — to sign up to serve,” Obama pledged. “We’ve got to have the brightest minds to help solve our biggest challenges.”

The idea resonated with Mewawalla, who earlier this year, after a spin through the White House himself, joined San Francisco Mayor Ed Lee’s Office of Civic Innovation. But left undetailed by Obama was how, exactly, do you convince the brightest minds to sign up to solve government’s biggest challenges? Moreover, how do you do it in San Francisco, when the minds you really want are hot commodities in the country’s hottest technology market?

The solution put forth by Mewawalla and his colleagues might seem defeatist: Ask smart San Francisco technologists to give over four months to working with the city — for no pay. The goal is to attract between three and five teams of “world-class entrepreneurs and world-class start-ups,” per Mewawalla, to the application process that ends this Sunday, October 6.

The all-volunteer approach came, Mewawalla says, from the tech community itself. “What we heard from really successful entrepreneurs,” he says, “is that they’ve been thinking about serving the public market for a long time, but that they didn’t know how to start, who to call.” They weren’t after money, but a way into City Hall.

Why? Entrepreneurs are typically consumed with figuring out both the right market for their product and then, if all goes well, how to bring it to scale. It matters a great deal, then, that “there is no larger consumer of products and services in this country than government,” Mewawalla says.

It’s not that he expects an interested technologist to be merely self-serving. But think of it as a citizen-contractor: Someone who wants to serve the public while also tapping into the vast buying power of Uncle Sam, states and cities. On the program’s homepage, a photo of San Francisco’s dome-topped City Hall is overlaid with the pitch, “Develop Products & Services for the $142 Billion Public Sector Market.”

Applicants are expected to enter the program with either a well-formed product or a well-formed idea that will help the city solve challenges in fields like infrastructure, public safety and transportation. The goal is to wrap the session with a product fine-tuned to the government’s needs. To get there, the mayor’s office is willing to fling open its doors.

“This is truly the first program within government,” Mewawalla says, comparing it to other civic tech volunteer programs like Code for America. Applicants might be given the chance to live-test their transportation app on the Muni or work with the public utilities department to refine smart water meters. As Mewawalla puts it, “if you want to partner with the airport, we’re willing to offer a terminal at SFO” — San Francisco International Airport — “to test your product.”

Whatever code or product the technologists build during their 16-week stint will remain their property. It’s up to partnering city agencies to hammer out details on any contract for its use they might be interested in. A large part of the appeal on the agencies’ part, Mewawalla predicts, is getting a chance to help craft software that will eventual fit its mission like a bespoke suit.

But part of the program’s ambition is that what works for San Francisco’s Public Utilities Department will also work for in other cities. To that end, Mewawalla has brought aboard the White House Office of Science and Technology Policy to help spread the program’s successes. Companies like McKinsey have been tasked with providing mentorship to both the entrepreneurs and those on the local government side.

“If you combine San Francisco and the White House,” Mewawalla says, “you get the hub of innovation and a national platform that you can ramp up on.”

Ultimately, the goal is to re-channel some of the entrepreneurial talent now flowing to the private sector toward the public sector. No government has yet pulled off such a close integration of start-up ambition and civic innovation. But Mewawalla thinks that some of the brightest minds just might take San Francisco up on it, on the basis that he himself made the leap into government.

It wasn’t an easy choice, he says, but “if you think about the number of issues we face as a nation, you can either critique or you can do something about it. I realized that there was a number of things that I accomplished in the private sector that could be helpful in the public sector, and it was time for me to roll up my sleeves and do something about it.”