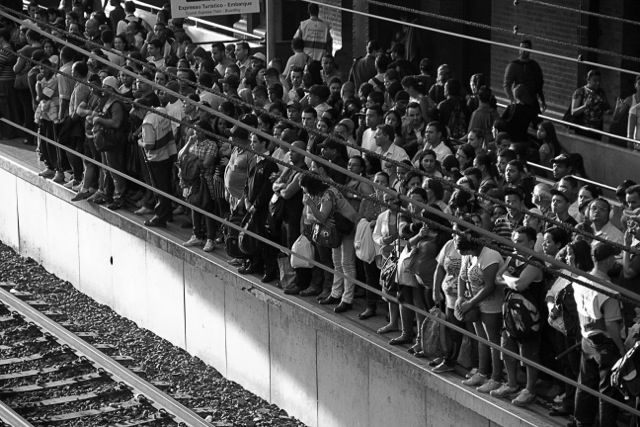 Chaotic by weekday, scenic by weekend, troubled yet historically significant, the Luz train station in São Paulo is a good place to observe the transformation afoot in Brazil’s largest city. Once Brazil’s “Ellis Island” and the main station for transporting goods, the iconic train station had by the late 20th century fallen victim to the crack epidemic. Disparagingly referred to as Cracolândia, or “Crackland,” the area became, for many Paulistas, a place to avoid.

In this week’s Forefront story, “The Many Lives of Luz,” Next City writer Greg Scruggs takes a close look at efforts to return the area around Luz station to its past prominence as an economic and cultural center of São Paulo. As Scruggs reports, the high-profile redevelopment plans have raised concerns from residents who fear displacement and others who say that the makeover is a land grab poised to whitewash a section of the city home to a diverse mix of working-class families, artists, activists and immigrants. 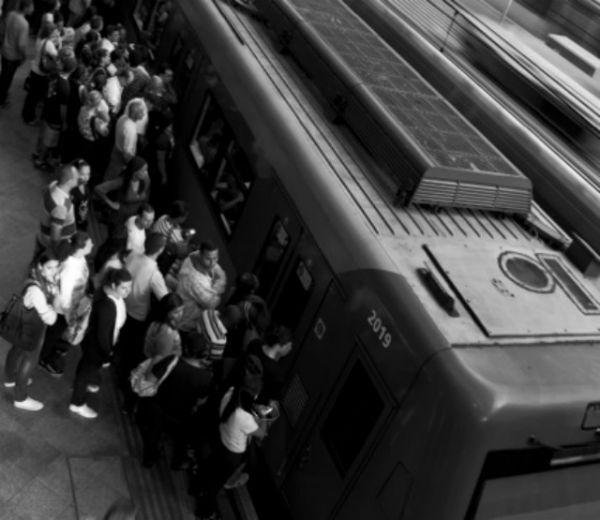 The mixing of people in Luz is significant in a city where geographic boundaries have long segregated residents of different class backgrounds. For commuters who live in favelas, or poor, informal neighborhoods east and west of Luz on the city’s periphery, Luz is one of few conduits to the city’s commercial center. On the other hand, the station also services middle-class and more affluent residents making shorter trips within downtown. 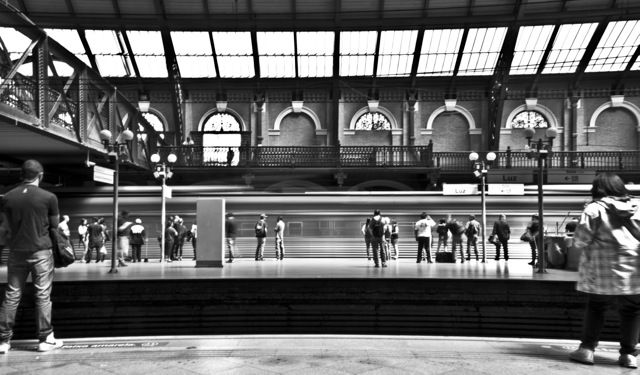 But despite its broad utility as a transportation hub, and even perhaps because of it, the station remains a place of fear for many of its users.

“São Paulo’s biggest challenge is invisible, but is both the cause and effect of its most renowned problems: security and traffic,” São Paulo journalist Raul Juste Lores wrote in December 2008. “This challenge is the feeling of being in an urban prison.”

Luz station battles one problem and helps solve the other. The increased infrastructure investment in Luz helps bolster its capacity to be a main source of public transportation providing mobility to the urban poor, but the issue of security remains. No safe spaces exist in the city because “the proliferation of robberies, thefts, kidnapping and violent deaths has promoted criminality and a consolidation of fear and insecurity as commonplace characteristics of urban life,” reported writer Paula Miraglia.

Nonetheless, visit Luz on the weekends and the fears fade like old graffiti. On a Saturday, couples and families stroll through the station, marveling at its soaring architecture. 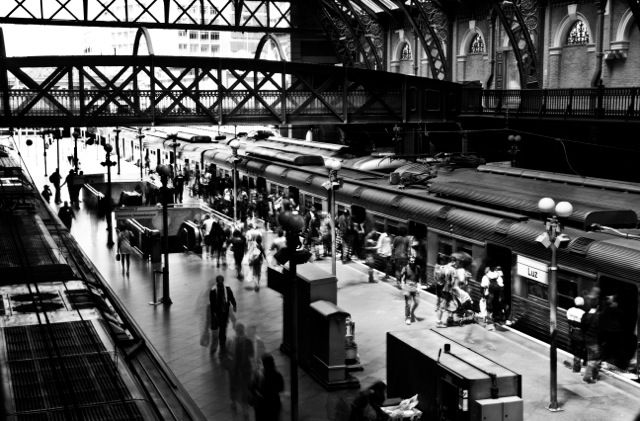 Currently, a push towards more participatory, mixed and safe spaces is taking form at the station. A variety of Paulistas are choosing to rely on Luz for their weekday commutes or weekend adventures and, as a result, slowly moving it back into the category of a trusted public space. It’s impossible to know whether the city’s plans to restore Luz to its former glory as the “gateway” to modern São Paulo will work, but it’s clear that residents of the city are ready to embrace some sort of change.

All photos by Erica Sachse.