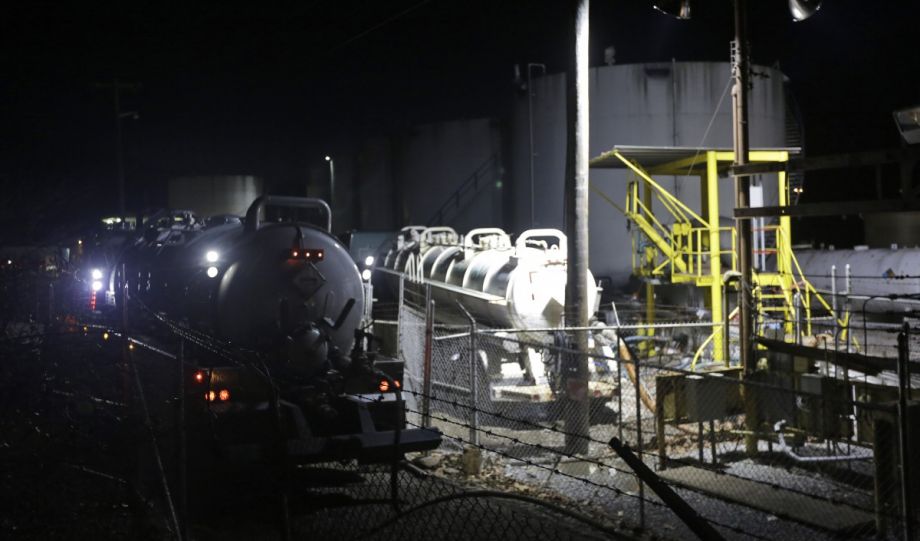 Wonder where the water from that West Virginia chemical spill that contaminated the drinking water of 300,000 people back in January is ending up?

The Buckeye State has become a preferred destination for people who have contaminated water to get rid of in recent years. That’s because its geology allows for the creation of what are called injection wells — basically places where you can pump water deep into the earth and be confident that it won’t contaminate groundwater. Make that as confident as possible, given the admitted unknowns in the process.

Millions of gallons of wastewater created in Pennsylvania’s fracking boom have been and are being disposed of this way, and now the residue of West Virginia’s environmental catastrophe is Ohio-bound as well.

The story about the West Virginia waste was broken this week by reporter Tim Rudell at WKSU, a public radio station in the Akron area. Rudell learned from an official at the West Virginia Department of Environmental Protection that 60,000 gallons of contaminated water, vacuumed from the spill site in the Elk River shortly after the leak was discovered, will be disposed of in injection wells in Sandusky County, near Lake Erie. The water will be driven to its destination some 260 miles from Nitro, West Virginia, in about eight tanker truckloads.

The wastewater from the Freedom Industries spill must be disposed of in a tightly regulated Class 1 disposal well because of the toxic nature of the contaminant MCHM, a compound used in coal production. According to a report in the Charleston Daily Mail, that work will be handled by a company called Vickery Environmental, which would not confirm its role “for proprietary reasons.” Ohio Environmental Protection Agency records show that Vickery operates four injection wells where wastewater is pumped to a depth of about 3,000 feet, into the Mount Simon sandstone formation [PDF].

The entire state of Ohio is dotted with injection wells, more than 200 at last count. Some of them are as much as 5,000 feet deep. While officials insist they pose no threat to drinking water, some wells have been linked with increased seismic activity in the state over the last few years, raising questions about their effect on the geologic conditions far beneath the surface.

In 2011, a series of earthquakes up to 4.0 in magnitude centered on a Youngstown injection well led to stricter regulations on that type of wastewater disposal (in addition, the president of the company running that well, D&L Energy, last month pled guilty to dumping fracking wastewater in the Mahoning River in 2012).

More recently, earthquakes tied to fracking wells — where gas is being extracted, rather than water being injected — have also been implicated in a round of earthquakes, prompting yet another round of stricter regulations imposed by the state.

The Ohio Oil and Gas Association, in a press release reacting to the new rules, stated the obvious: “Understanding the geology of an area thousands of feet below ground is complicated. While advanced technology has greatly increased our knowledge of potential seismicity and fault lines, it is not always a precise science…. We will thoroughly review the recommendations provided but will only support measures based on sound, scientific principles and practicality.”

It’s exactly that lack of understanding, argue some, that should lead officials to err on the side of tighter regulation when it comes to wells that delve deep into the earth — wells like the ones where the West Virginia water is going.

In an exhaustive 2012 investigation titled “Injection Wells: The Poison Beneath Us,” the journalism site ProPublica uncovered records that showed structural failures inside injection wells are routine. From late 2007 to late 2010, one well integrity violation was issued for every six deep injection wells examined — more than 17,000 violations nationally. More than 7,000 wells showed signs that their walls were leaking.

In that piece, reporter Abrahm Lustgarten quoted Stefan Finsterle, a hydrogeologist at Lawrence Berkeley National Laboratory: “There is no certainty at all in any of this, and whoever tells you the opposite is not telling you the truth. You have changed the system with pressure and temperature and fracturing, so you don’t know how it will behave.”