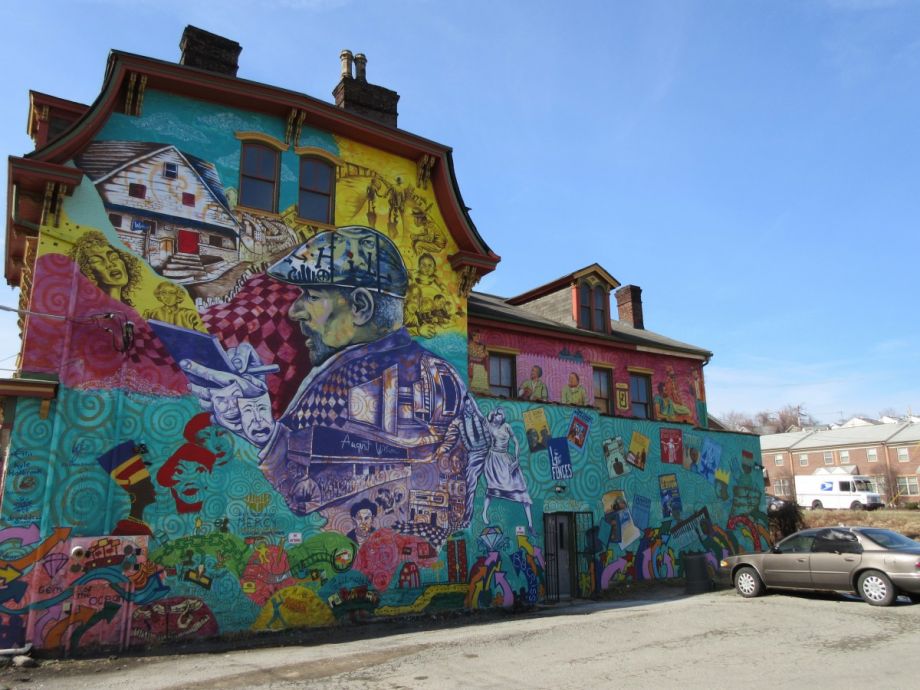 A colorful mural in the Hill District of Pittsburgh (AP Photo/Beth J. Harpaz)

Parks, schools, roads, bridges, airports, housing and even broadband and water systems — the fact is, infrastructure touches every part of our lives. Yet, somehow, we rarely think about it until it fails us. Policymakers often see infrastructure only as dull technical decisions about how much to invest in concrete structures, when it is what knits our communities together or tears them apart.

In too many cases, investments hurt the very communities they professed to help. Take Pittsburgh, for example. In the 1950s, the Hill District was home to a vibrant jazz scene, thriving black businesses and deeply rooted neighborhoods. As the buildings and infrastructure deteriorated, the Hill District was hit by a wave of urban renewal projects promising jobs, housing and a revitalized community. A series of highway projects routed traffic around the Hill District’s once thriving business district and another all but cut the neighborhood off from downtown. As massive public housing complexes were built throughout the 1940s and 1950s, middle-class families left the city. The Hill District was nearly decimated by the impacts of these projects and left with deep poverty, a dismantled community and a lack of economic opportunity. By 1960, this period of so-called renewal displaced more than 400 businesses and 8,000 African-American residents.

The investments failed because they were not based in the needs and decisions of local communities, but instead imposed from outside. We cannot afford to repeat the mistakes of our past.

This week, many organizations around the country are promoting Infrastructure Week. But policymakers need to start thinking more broadly about what infrastructure entails, who has benefited from investments and who has been harmed by either lack of investment or bad choices. We need a plan to rebuild our towns and cities that recognizes the needs of communities in a 21st-century America.

Federal investment must go beyond roads, bridges and airports to include access for all to sustainable energy, reliable telecommunications, clean water, accessible public transit, quality schools, parks, community facilities and centers, child care and affordable housing. We must think bigger and more creatively, beyond repairing what past generations have left us, about what we can achieve together when our local communities lead.

Several cities and neighborhoods across the nation, including Pittsburgh’s Hill District, are already implementing infrastructure initiatives that create good jobs, benefit racially or economically disadvantaged communities and mitigate environmental impacts in diverse areas. We should learn from these examples.

Starting with the construction of the Penguins stadium, Partnership for Working Families affiliate Pittsburgh United worked with more than 100 Hill District community, faith and labor organizations to win a landmark community benefits agreement that delivered family sustaining jobs, a grocery store and an $8 million fund for community investment. The coalition has since worked to incorporate community engagement into a number of infrastructure projects throughout the city.

Shaped by extensive community input and organizing, Pittsburgh United is working to implement a Green First investment plan for a multibillion-dollar EPA-required sewer fix. This investment plan ensures that local communities benefit from the project by not only helping clean up local rivers, but also creating more jobs, cleaner air and raising the value of homes and businesses throughout the city.

Any successful infrastructure investment must ensure that the communities most in need receive adequate funding. Investments in our cities and towns should raise the quality of life for everyone in the community, especially for those who have been underserved for far too long. Each dollar invested should promote equity, environmental and climate justice, career and business opportunities, resiliency and broadly shared economic prosperity.

In 2012, the Los Angeles Metro did just that. It became the first transit agency in the country to adopt a construction careers policy for all major construction projects, including the $2.4 billion Crenshaw/LAX Transit Project, an 8.5-mile light-rail line that runs through the heart of L.A.’s predominantly black community. This project was not only important for improving access to public transit for residents of color, it also represented an opportunity to address elevated poverty and unemployment rates by directing good job opportunities to communities that needed them the most.

Successes like these can only happen when we require transparency and trust the leadership of diverse local residents in the process. Infrastructure is ultimately only as good and as useful as the community and stakeholders that use it believe it to be. Investments should be directed toward projects identified as the highest priority by community members.

At heart, our infrastructure is a shared asset and should be subject to public control, operations and maintenance; it belongs to all of us. Infrastructure investments should, by design, maintain the public’s interest and safety rather than provide corporate giveaways or roll back protections for workers, communities and our environment.

For the sake of our families, our neighbors, and our country, it is important, now more than ever, that we get infrastructure investments right. By allowing local communities to lead, we can lay the foundation for cities and towns that connect neighbors and allow our children to succeed for generations to come.

Wade Henderson is president and CEO of The Leadership Conference on Civil and Human Rights. Nikki Fortunato Bas is executive director of Partnership for Working Families