Artists and Scientists Team Up to Highlight Indy Waterways – Next City

Artists and Scientists Team Up to Highlight Indy Waterways 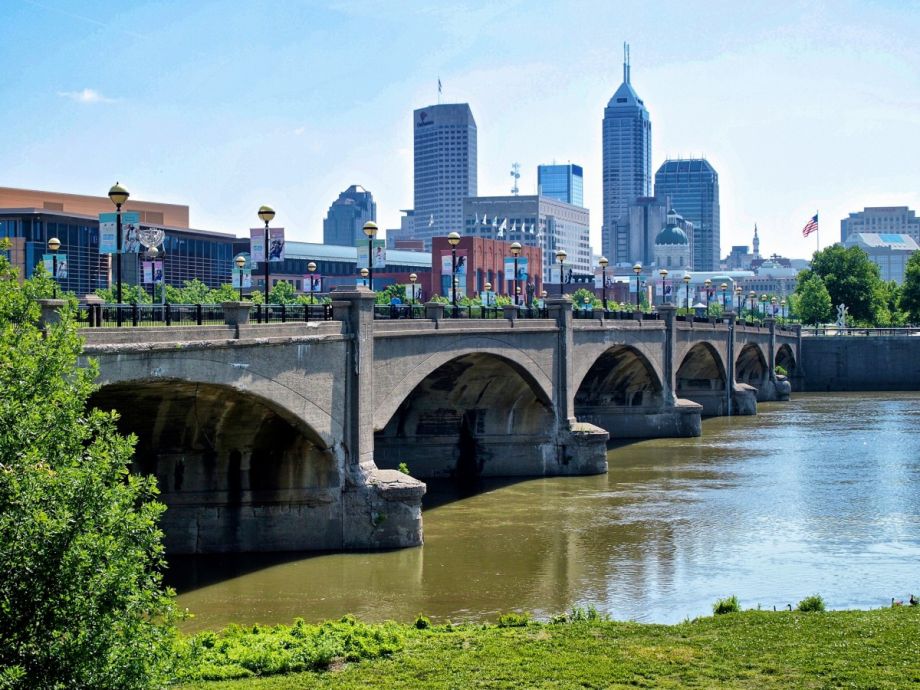 Indianapolis is often touted as the largest U.S. city not on a body of navigable water, but don’t be fooled: Streams and rivers abound in the Indiana capital; the city just has a history of turning its back on them. The White River flows through downtown, joined by Fall Creek, Pogue’s Run, Central Canal, Pleasant Run and Eagle Creek, many of which also flow through Indy’s most underserved neighborhoods.

Indeed, nearly 96 percent of the population lives within a 10-minute walk from a body of water, but sewage and pesticide-filled runoff have polluted the White River in particular, making the waterways undesirable. For the past year, a coalition of artists and scientists have been working to revive the waterways in the public imagination. In doing so, they’re also exploring new modes of communicating about the environment and the climate, seeking new ways to integrate science with culture, and using galleries, site-specific installations, and performance to build a decentralized “science museum” for Indy.

The effort to bring residents back to the waterways was really launched in 2012, with the founding of Reconnecting to Our Waterways, a coalition of organizations, government agencies and nonprofits promoting the health and appreciation of Indy’s rivers. In 2013, the Center for Urban Ecology at Butler University, which is in Indianapolis, received a $2.9 million, four-year grant from the National Science Foundation to study how arts programming could contribute to science learning in communities. The waterways emerged as the natural topic, and a program called StreamLines launched in September 2015.

Poets, dancers, composers, musicians and visual artists have been working with scientists to interpret the waterways and the challenges that face them in myriad ways. At the same time, New York-based research group New Knowledge Org has been assessing their efforts, seeking to learn how the collision of science and the humanities might create new perspectives for understanding the climate and environment.

“We have one brain but for some reason we talk about art and we talk about science as though they’re two polar opposites,” says John Fraser of New Knowledge Org. “Our goal is to help people thinking about science to really embrace the complexity of how we encounter environmental issues in our society. When we decide to save a river or save a species, we’re making a moral decision. And that’s a humanities question. We have good data to explain why we’re losing biodiversity or what the challenges are that face toxic rivers. What we don’t have is the pathway to talk about it as a moral question: What is the right of a people to have a healthy river system?”

Artists participating in StreamLines have taken up these questions in different ways. Last September, dancers from the Butler Ballet rolled and flowed across the landscape in a dance choreographed by Butler University professor of dance Cynthia Pratt. In one segment designed to illustrate the behavior of invasive species, groups of dancers “clustered together and moved with curvy beautiful movements to show a diverse ecosystem,” Pratt writes in an email. But “as the dance progressed, other dancers overtook this ecosystem using aggressive, angular movements until the initial dancers were completely beaten down.”

Pratt had worked with Butler urban ecology professors to develop the concepts, and Fraser says “the earth scientists who understand river systems were just blown away by how she was able to capture the complexity of the nitrification cycle and the whole role of invasive species and waterflow.” The performance will be revived in late September, with additional sections modified to show how waterways’ abuse and neglect can be reversed.

Measuring how effective these artworks are at communicating with the public is not straightforward. New Knowledge distributed a survey to try to determine how much Indy residents already knew about their waterways (not surprisingly, not much, says Fraser) but the majority of their work has been more qualitative, based on interviews and observations. “That’s been one of the challenges: good artwork you come to know over time and it comes back at you,” says Fraser. “When you see something that changes the way you see the world, you don’t know it that day.”

Still, Mark Kesling, co-chair of Reconnecting to Our Waterways, and founder and CEO of the daVinci Pursuit, an organization that convenes scientists and artists to bring science education into the public realm, thinks it’s important to test assumptions around how people will interact with the works in StreamLines.

“We have a lot of data about what happens in controlled learning environments like a zoo or a botanical garden or in a museum, but we have very little data about how people respond in an informal environment where it’s not supervised,” he says. In measuring it, “we hope that we don’t duplicate something in the future that isn’t working.”

Initial research, for example, is shedding light on how visitors are interacting with installations created for StreamLines by New-York based artist Mary Miss, whose work often strives to make sustainability tangible to communities. For an earlier project in Indianapolis, she used mirrors and oversized red pins to mark important features of the White River watershed.

For StreamLines, she created interactive installations at five of the waterways (land on the sixth couldn’t be secured) that also used mirrors to communicate specific lessons about each river or stream. At each site, a large mirror hovers above a pedestal, surrounding by radiating red lines and large backward words. When a person stands on the pedestal and looks up into the mirror, the words on the ground — different at each site — become legible. Other mirrors allow visitors to read poems created in conjunction with StreamLines. And each site takes on a different aspect of a waterway’s life and health — how water flows, how rivers have been used for industry, etc.

Kesling says the mirrored aspects of Miss’ installations are really effective in allowing viewers to see themselves inside of the natural environment. But he admits that they don’t always provoke repeat engagement.

“They’re really good at attracting people over,” but Kesling says he doesn’t know the degree to which viewers understand what they’re seeing. “What we’re learning from that is you gotta be really careful, particularly when you use a lot of language to deliver a message.”

But he insists the goal of StreamLines is to test processes, not necessarily to arrive at the perfect approach right now.

“We do know that as more of these things appear, it’s creating the norm to find something educational in your neighborhood,” he says. Through the daVinci Pursuit, Kesling has been promoting an experimental model for public science education that goes beyond museum walls. Indianapolis actually doesn’t have a science museum, and instead of advocating to build one, Kesling has asked, “How do you activate the city as a learning community?”