Indy Councilman on State Law: “It Makes Us All Look Like Backwater Hicks” – Next City

Indy Councilman on State Law: “It Makes Us All Look Like Backwater Hicks” 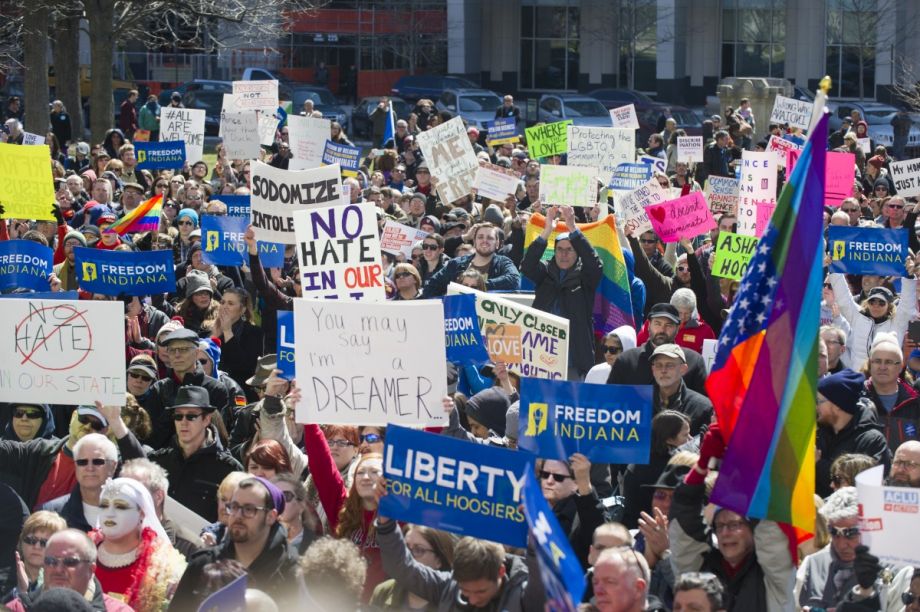 Indianapolis Mayor Greg Ballard has called on the Indiana General Assembly to either repeal or add protections to the state’s Religious Freedom Restoration Act, which many believe would enable discrimination based on sexual orientation and gender identity.

The Indianapolis Star reports that Ballard criticized the law for both its economic and cultural implications: “Our city thrives because we have welcomed and embraced diversity,” Ballard said. “RFRA threatens what thousands of people have spent decades building.”

Senate Bill 101 was signed by Governor Mike Pence last week, to be implemented July 1st, and has since ignited an onslaught of backlash. RFRA states government cannot intrude on an individual’s religious freedom unless it can provide a compelling interest — the example of the Amish not having to switch to fluorescent lights on horse and buggies is one example being thrown around a lot. Local Indiana protesters and big businesses and celebrities have publicly decried the act, however, because it could essentially legalize the option for businesses to refuse service to LGBT customers.

Though gay marriage became legal in Indiana last October, no statewide law protecting gay individuals from discrimination has been formally put in place. Though RFRA has been implemented in other states, they are typically tempered with statewide bans on discrimination based on sexual orientation, race, gender and religious identity.

Publicly traded companies such as Angie’s List and Salesforce have threatened to reduce their investment in Indianapolis, while major public figures from Hillary Clinton to Apple’s Tim Cook came out against the bill.

“The real harm … is that it makes us all look like backwater hicks,” said City Councilman Zach Adamson to the Indy Star. “Indiana is losing jobs and young professionals like crazy. How much more can our state government make Indiana uninviting?”

Indianapolis has its own anti-discrimination ordinance on the books, which could potentially differentiate it from the rest of Indiana, but city leaders fear Senate Bill 101 would overrule those guidelines.

UPDATE: Gov. Pence says he is now working with the state general assembly “to move legislation this week that makes it clear that this law does not give businesses a right to deny services to anyone.”