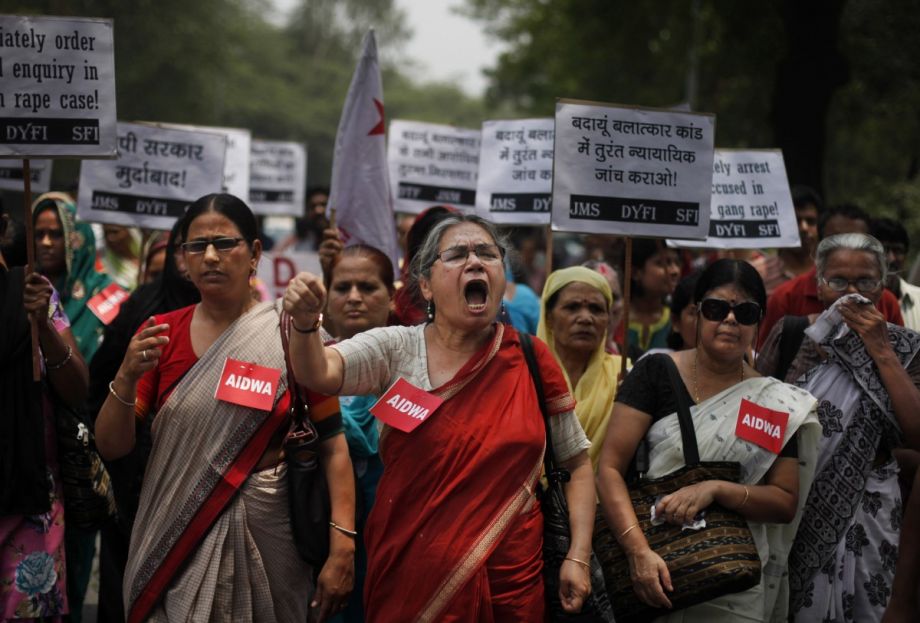 Homebuilders in the United States are counting on a clientele that is feeling prosperous. According to the Wall Street Journal, the percentage of supersized homes in the U.S. is on the rise, with 44 percent of American homes built last year featuring four or more bedrooms. The kind of people who can afford to buy new construction want other kinds of privacy, as well. A third of new builds in the U.S. also feature at least three bathrooms. That’s the most since the Census started keeping tabs on that bathroom category way back in 1987.

Meanwhile, in the economically booming nation of India, 48 percent of people don’t have any bathroom in their homes at all and are forced to defecate in the open. In villages, the figure is 65 percent, according to the World Health Organization.

This isn’t merely a matter of decorum or personal squeamishness. It isn’t even, entirely, a matter of sanitation (although that is certainly of vital importance).

For the 300 million Indian women who must go outside to relieve themselves, it is an immediate matter of personal safety. Of life and death.

Two weeks ago, two teenage girls in a rural part of the state of Uttar Pradesh left their homes to use a nearby field as a toilet. While men are not constrained by personal safety when defecating outside, it is the custom for women to do so at night, for reasons of modesty. But that means they are often harassed and brutalized by men under the cover of darkness.

In this case, the young cousins, 14 and 16 years old, were attacked by a gang of men, raped and hanged from a tree. While caste conflicts are suspected to have played a role in the gruesome crime, the girls would not have been exposed to the threat if they had simply had bathrooms in their homes.

Researchers have begun to study the problem of sanitation and women’s safety in recent years. A 2011 report funded by Sanitation and Hygiene Applied Research for Equity looked at the wretched conditions in Delhi and documented the fear and shame women felt when defecating and urinating outside. “At night we have to go to the gutters and we feel afraid,” one woman said. In the impoverished state of Bihar, an estimated 85 percent of homes are without indoor plumbing, and numerous instances of women being raped when they go outside to relieve themselves have been documented. One police official estimated that 400 women were raped in 2012 simply because they had to leave their homes to use the bathroom.

Numerous education and public health campaigns have been mounted in India to make public defecation unacceptable. This somewhat extraordinary new animated UNICEF video, “Poo Party,” is part of a big PSA drive called Poo2Loo. The state of Haryana in northern India used marriage as an incentive in a campaign a couple of years back called “No Toilet, No Bride.” The slogan was “I won’t allow my daughter to marry into a home with no toilets.”

The lack of adequate sanitation facilities affects girls’ education as well. According to the New York Times, dropout rates for girls are far higher at schools without sex-separated bathroom facilities — and only four in 10 government schools have such facilities.

“This vicious, horrifying attack illustrates too vividly the risks that girls and women take when they don’t have a safe, private place to relieve themselves,” Barbara Frost, chief executive of WaterAid, told the BBC. “Ending open defecation is an urgent priority that needs to be addressed, for the benefit of women and girls who live in poverty and without access to privacy and a decent toilet.”

India’s newly elected prime minister Narendra Modi promised “toilets before temples” in his election campaign. Previous such vows have gone unfulfilled, with money dedicated to better facilities lost in the sewer of corruption. The women of India are waiting.