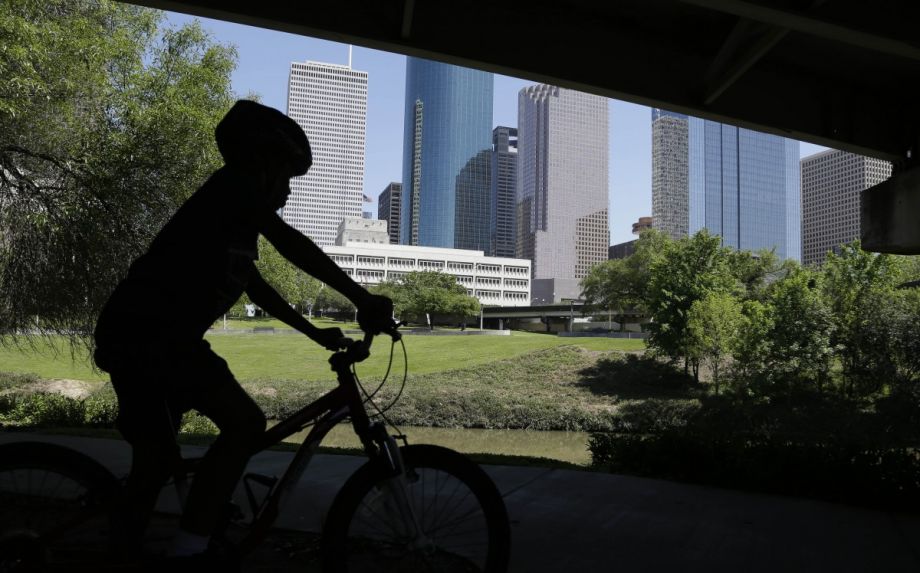 From bike lane placement to fatality demographics, it’s no secret that white, middle-class cyclists have better access to safer streets than cyclists of color and lower-income riders do. But while commonly cited reasons for this disparity range from blatant discrimination to racist zoning policies gone unchecked, one that doesn’t often make the list is standard-practice city planning.

A recently completed project in Houston could add to the conversation. By gathering input along high-traffic routes for transit-dependent cyclists, the women behind BikeHouston’s targeted outreach program managed to demonstrate just how exclusive the business-as-usual cycle of notices, public forums and plan updates can be.

“If you’re only holding public meetings, who is able to hear about the meeting and take the time out of their day to attend?” asks Mary Blitzer, the advocacy group’s manager of community and government relations. “Who is going to feel like the process will actually benefit them based on the incredibly racist history we have in the United States?”

Bicycle advocacy demographics tend to skew white and male, Blitzer adds. But national numbers don’t match that homogeneity. Between 2001 and 2009, the percent of trips taken by bike increased more for African-American, Asian-American and Hispanic cyclists than for white cyclists, according to a report from the League of American Bicyclists. According to that same report, the lowest-income households bike more than those earning above $20,000 a year. In other words, the people representing riders at meetings aren’t the only people riding — but often, they are the only ones being heard.

When BikeHouston partnered with the city to revise the Comprehensive Bikeway Plan, originally adopted in 1993, Blitzer wanted to gather input differently. The stakes were high. BikeHouston had raised $100,000 for the year-long process, slated for completion in early 2016. And the plan would envision an alternative transportation network at a key time for Houston’s infrastructure politics, with modal shifts apparent in the construction of a massive park — the Bayou Greenways project — meant to function as a car-free “spine” akin to Atlanta’s BeltLine.

Instead of inviting cyclists to come to them, BikeHouston decided to meet riders where they were — specifically, along the Metro Red Line during late-night and early-morning commute hours.

Nabiha Hossain, then an intern with BikeHouston, helped design the project.

“I knew that was a place where I would be able to come face to face with working-class and minority cyclists,” she says, adding that with little city-level data available, she had to rely on high-traffic corridors (she also visited the Third Ward Bike Shop, known to cater to cyclists without access to cars). The late nights and early mornings were meant to accommodate people traveling to and from restaurant jobs and other shifts that didn’t follow 9-to-5 hours.

Hossain spent 35 hours surveying 77 people. More than half lacked access to a vehicle and were dependent on their bikes for transportation. She gathered input on the need for pavement improvements at certain key corridors and collected anecdotes about where her respondents felt safest. All of them wanted to see drivers better educated about bicycle safety, and about half thought on-street safety would be improved with more active enforcement of cycling-related driving laws.

Hossain’s biggest takeaway, however, was how completely standard-practice city engagement tactics seemed to be failing the cyclists she spoke with.

“What really struck me was how unaware people were that the city was starting to do things for cycling safety,” she says. “The city has been promoting [the bicycle plan] but a lot of it has been through Facebook, social media and email. Many of the people I spoke with don’t use Facebook.”

The information gathered by Hossain will be folded into the update process, along with input collected by the city’s other partners, Blitzer says. Hossain adds that she wants to see other programs like BikeHouston’s coming from city planning departments with larger budgets.

“Even three people working on a set schedule could get better results than I did,” she says.

Discussion on the topic of unequal representation in bike planning and advocacy exists outside of Houston. Blitzer points to programs in East Los Angeles and San Francisco as examples of grassroots organizations driven by equity. But even in the ground-floor layer of national policymaking — data collection — she sees flaws. It’s no secret that the American Community Survey, which focuses on commuters, leaves out a lot of important information about cyclists. But even though most of the respondents to Hossain’s surveys were commuting to work, Blitzer expresses doubt that they would all be represented by federal numbers due to issues of housing insecurity.

Bottom line, failing to engage cyclists who can’t afford to advocate (or have culturally reinforced reasons to believe advocacy won’t benefit them) creates a vicious cycle.

“The current disparity between comfortable biking facilities in more affluent areas of Houston where cycling is viewed as recreation and in areas where cycling is viewed as a necessity is a huge issue for transportation planners in Houston,” Hossain wrote in her BikeHouston report. “[It] will widen if the working class is continuously being left out of the decision making process.”