In Urban India, Inter-Caste Couples Hide Out in a Network of Secret Shelters – Next City

In Urban India, Inter-Caste Couples Hide Out in a Network of Secret Shelters 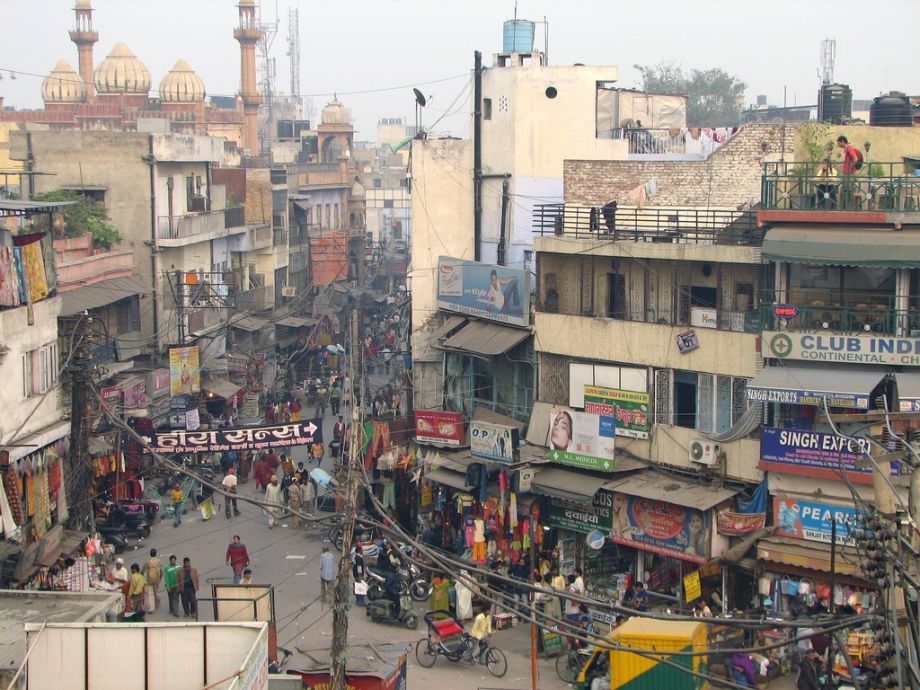 Lovers arrive in Delhi under the cover of night. The journey from rural areas is risky: love, after all, is not the basis of India’s marriage system, and dishonored families punish couples who have defied the order. Their sons and daughters have chosen the unthinkable: to marry outside their caste or religion. Only about 10 percent dare to defy these rules. In fact, khap panchayats (unofficial village councils) have forbidden inter-caste marriage in 98.4 percent of the 1,589 villages surveyed in Gujarat, despite discrimination based on caste being illegal in India for decades.

The norms remain because couples fear reprisal, from social and familial ostracization to physical abuse and even honor killing. The system drives fathers to murder their daughters and brothers to burn their sisters. The UN estimates that India is responsible for one-fifth of the world’s 5,000 honor killings every year. In some cases, the shame to the village is so strong the entire family is banished.

Couples lay their hopes in a growing openness in urban India. The city provides anonymity not found in the villages, and an increase in education weakens social forces such as caste and religion. Urban India has led the way in breaking down these inherited identity structures, a process that can be seen most visibly in the changing attitudes toward family and marriage.

Sanjoy Sachdev has made it his life’s mission to change these stringent rules by protecting love. Four years ago, he launched Love Commandos with a group of volunteer human rights activists, journalists and lawyers. The Delhi-based NGO helps, harbors and supports couples to live out their romance. He says the couples come to him from all strata of society: doctors, lawyers, farmers, rickshaw pullers and maids. Though their economic positions may differ, they all hold a similar desire to marry their chosen partner. This choice, however, puts them — and the organization that helps them — at constant risk.

“Every couple that approaches us is in danger. Every story is heart-wrenching,” says Sachdev. Love Commandos receives up to 3,000 desperate calls a day from lovers in need of safe refuge. The organization runs seven safe-haven shelters in Delhi and 300 makeshift emergency shelters across the country, mostly made up of homes of couples helped by Love Commandos in the past. Sachdev keeps an airtight seal on couples’ names to keep them out of harm’s way. In fact, like commandos in a war zone, he goes to extreme lengths to keep their locations a secret.

“We have faced many threats… and if we believe media reports there are huge bounties on our heads from enemies of love,” says Sachdev. “For security reasons couples are not allowed phones, internet or Facebook because in the past, some parents got the locations and then tracked and reached our shelters. We had to shift our base shelter five times in 14 months.”

Love Commandos has had multiple encounters with parents arriving at the shelter to forcibly take back their children. The families are ultimately trying to break up the relationships by either separating the couple or confining them to their homes. Twice, parents showed up with police from other states, but, says Sachdev, “Local police supported our justified cause and the love couples were saved from their wrath.”

Despite the dangers, Sachdev continues his 24/7 helpline and round-the-clock covert operations. Even in the city, the only place Sachdev believes he could run his protective shelters, he faces opposition and intimidation. While urban India has shown to be a place of changing tradition, caste, a centuries-old system rooted in the country’s dominant Hindu religion, still has its hold.

In a New York Times op-ed last year, Caste is Not Past, Lavanya Sankaran wrote that urban India has been boasting narratives of globalization and forward-thinking potential. “Caste is not a word that modernizing India likes to use,” she wrote. Rather, the focus is new money, new wealth and the underpinning of these successes: the power of education to blast through barriers. “As India transforms, one might expect caste to dissolve and disappear, but that is not happening. Instead, caste is making its presence felt in ways similar to race in modern America: less important now in jobs and education, but vibrantly alive when it comes to two significant societal markers — marriage and politics.”

The entrenched resistance to crossing caste lines is so deeply rooted that states have launched incentives. In Bihar, the government grants inter-caste couples Rs. 50,000 to start a new life. In addition, legal measures have supported couples’ efforts to freely decide their future. The need for parental consent was repealed in 1978, which is why Love Commandos bans parents from being involved.

More recently, the Supreme Court has taken an even stronger stand against interference in the pursuit of love. The Court held that inter-caste marriages are in the “national interest.” “The caste system is a curse on the nation and the sooner it is destroyed the better,” said two Supreme Court justices in a judgment. “In fact, it is dividing the nation at a time when we have to be united to face the challenges before the nation.” In this sense, inter-caste marriage moves beyond romantic notions: free love means overcoming of one of the country’s biggest development obstacles.

Cities have always been havens for growth, ingenuity, creativity and experimentation. Indian cities, too, have shown they are willing to defy norms and shed tradition. More unmarried couples are living together before marriage, an idea unheard of in previous generations. In 2008, Mumbai held its first gay pride parade, Queer Azaadi, which has grown from 500 to thousands of participants in just six years. If change is to happen, urban India will lead the way, and nowhere is this more apparent than in the choice for love. When asked if he has hope for breaking down these barriers, Sachdev replies emphatically: “Definitely. Love shall conquer all.”