In Toronto, a Casino in Search of a Problem – Next City

In Toronto, a Casino in Search of a Problem 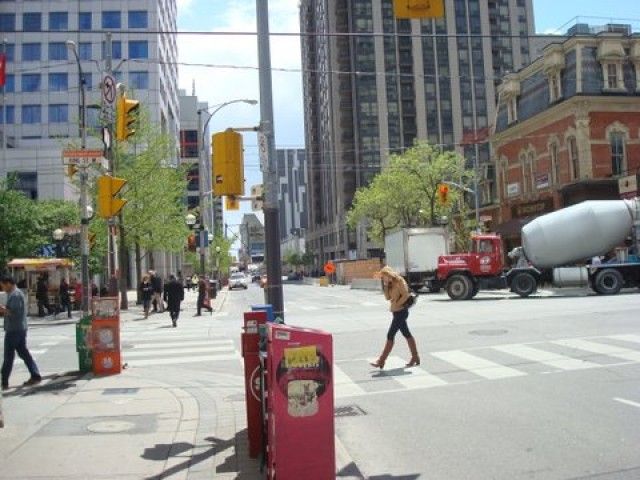 Until last week, the City of Toronto had considered authorizing the Ontario Lottery and Gaming Corporation to build a casino in its downtown. But Mayor Rob Ford on Thursday announced the deal was off, evidently because the funding formula proposed for the new casino would not guarantee the city a minimum of $100 million per year in revenue.

Ford then cancelled a special session of City Council he had called to vote on the casino measure. The council has moved to go ahead with a vote on the proposed casino today, whether the mayor wants the vote or not. After all, Ford has his own issues right now.

Cities that open themselves up to gaming usually do so out of some level of desperation. It’s a solution when government budgets are tight but the electorate has no appetite for further taxes. That’s not Toronto’s situation, though, which makes its move toward gaming all the more perplexing. Its budget is currently in surplus (though this is due in part to fiscal austerity by the current mayor) and its population is growing. In fact, Toronto’s population recently pulled ahead of Chicago’s. Further, you can see Toronto prospering from just walking down the street. There are cranes everywhere.

So why did some seem to think it would be a good idea to put a casino in the middle of Canada’s largest city?

The political reality created by Ford explains it, at least in part. The mayor insisted that he wasn’t interested in new taxes in Toronto, though even he sees real needs for spending (the most pressing need apparently being transit).

There may have been more to it, though. It is not entirely clear where the casino might have gone. The truth is, the process didn’t even go far enough for the OLG to begin soliciting proposals for a site. But all indications seem to show that if it happened, the money wanted it downtown, near the water. In fact, two major developers — MGM-Cadillac and Oxford Properties — went far enough to propose sites and release drawings to the public, one a bit to the west of the neighborhood known as the Entertainment District and one on its east end.

So might some officials have pushed a casino as a way to stimulate this part of the downtown core?

Despite its name, the Entertainment District is, well, dullsville, at least in the daytime and especially the closer you get to the water. Along King and Front streets, office buildings with nothing to offer pedestrians dominate the landscape. If you walk down these streets during the day, they are not quite empty, but close. What there is to interest walkers at the sidewalk level mainly comes down to dull chain lunch spots, rather than the sort of uniquely Toronto window shopping available to anyone strolling down Queen Street.

The Entertainment District wasn’t always dull, though. In fact, not so long ago, it was just the opposite. Formerly an industrial and warehousing area known as the Garment District, it got a new identity after industry had well and fully evacuated from that part of town. In the early ’80s, entrepreneurs began to build large-scale dance clubs. Really enormous places. And for a long time, Toronto was a world-class rave destination.

Then the city relaxed its zoning rules and the area opened up for developers to begin building residential units. Where once upon a time you found the coolest club in the area by following the sound of the base throbbing from the street, now the clubs have all but vanished because the people who live there full time would prefer to get a night’s sleep.

So would a casino have been any sort of answer to the district’s malaise? Doubtful, especially when you consider the fact that both of the waterfront concepts promoted so far relied on a resort model. In other words, the developers didn’t plan to simply build a casino, but it would also have hotels, bars, entertainment areas, theaters — in one case, it would have involved tearing down and rebuilding the existing convention center and making that part of the casino complex.

In other words, the developers would design an area meant to lure tourists and business people in and hold them there, in a bubble of lucrative vacation spending. By working hard to keep people’s spending inside the complex, it is unlikely that downtown casinos would have changed the level of street activity nearby in any profound way. As the Globe and Mail said, it was always a bad bet.

Toronto, though, has no shortage of payday lenders, so at least they would have figured out a way to nestle themselves a bit nearer gaming.

It would be foolish to say that the casino never had a chance of entering the city proper. Major developers don’t invest in elaborate proposals even before proposals had been requested if they don’t think there was any hope. In fact, Labor and Commerce came together to create the 10,000 Jobs Coalition to lend political momentum to the casino cause (it has 37 followers on Twitter), but the general feeling in the city seemed to be solidly anti-casino. In the end, history will probably record the idea as Ford’s cumbersome grasp for a legacy.

Which is for the best, because all signs suggest that cooler heads in the city have been patiently putting together more reasonable, grassroots plans that rely more on stimulating the right entrepreneurial spirit in the area in order to make it a place worth visiting during each part of the day. Councillor Adam Vaughan wants to completely redesign John Street, at the eastern edge of the neighborhood, as a thoroughfare that heavily favors walkers and cyclists. It also has an active Business Improvement District that is working to make the existing diverse assets of the neighborhood complement each other.

There appears to be a consensus that the clubs aren’t coming back to the downtown, but if the new condo residents there now don’t want to live with noisy ravers, it is hard to believe that they would be happy with depressed gamblers. The Entertainment District’s identity is in flux, but Toronto is growing and enhancing a strong global reputation, which means the biggest challenge for each part of the city’s core, for the foreseeable future, is choosing just which way it will thrive. So as the neighborhood finds its next incarnation, it looks as if it will get the chance to do so without the distraction of a monument to the worst of capitalism.

Brady Dale is a writer living in Brooklyn. You can find him on Twitter.