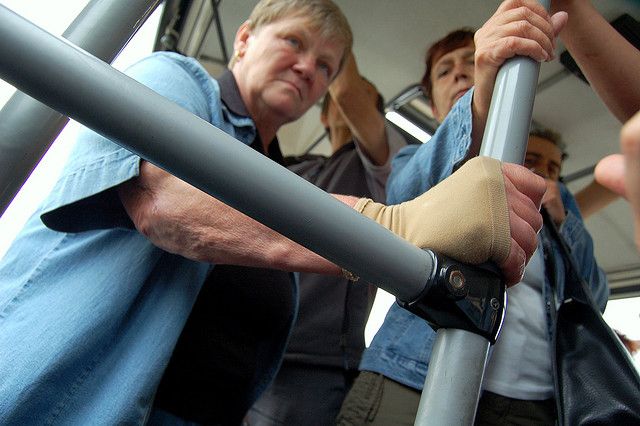 Funding cuts to non-MTA public transportation occurring between 2008 and 2011 have had a negative impact on transportation options for elderly and low-income New Yorkers, according to the results of a groundbreaking new report released yesterday by AARP and the Tri-State Transportation Campaign.

The study examined five public transit systems across New York State — Westchester, Albany, Syracuse, Rochester and Buffalo — and revealed that ridership has risen, even as fares have climbed in the midst of a recession.

The report found that transit ridership steadily increased during the recession, indicating that people turn to transit when money is tight. The cost of owning a car and the high price of gas appear to have been contributing factors in this shift to transit. In 2009, for example, 77 percent of riders on the Capital District’s CDTA — which serves the metro area that includes the cities of Albany, Schenectady and Troy — said that they rode the bus because they didn’t have a car available, a figure that rose from a 2008 survey. AARP research has also shown that seniors are choosing public transit for an increasing share of their trips.

The study also found that while ridership increased, transit system operators have been squeezed by both decreased state and local funding and higher operating costs. Albany has repeatedly redirected funds earmarked for transit, and the only dedicated state funding source for non-MTA systems, the petroleum business tax, has not been raised since 2004. Because the tax does not rise or fall with the price of gas, revenues have stayed relatively flat over the years. 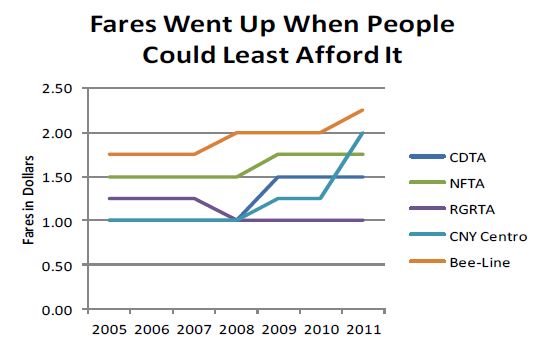 The report concludes that shrinking dollars for transit means shrinking options for those who can least afford it — including low-income residents, seniors and other transit-dependent populations. However, the report also offers several ways to help fix this problem:

• Find revenue sources that will provide stable, reliable and diverse funds to meet the growing demand for transit in the state; and

• Increase the allocation of capital dollars to transit in state Department of Transportation’s capital plan and the NY Works Fund.