In New Orleans, Smart Policy Brings a Neighborhood Grocery Store Back to Life – Next City

In New Orleans, Smart Policy Brings a Neighborhood Grocery Store Back to Life 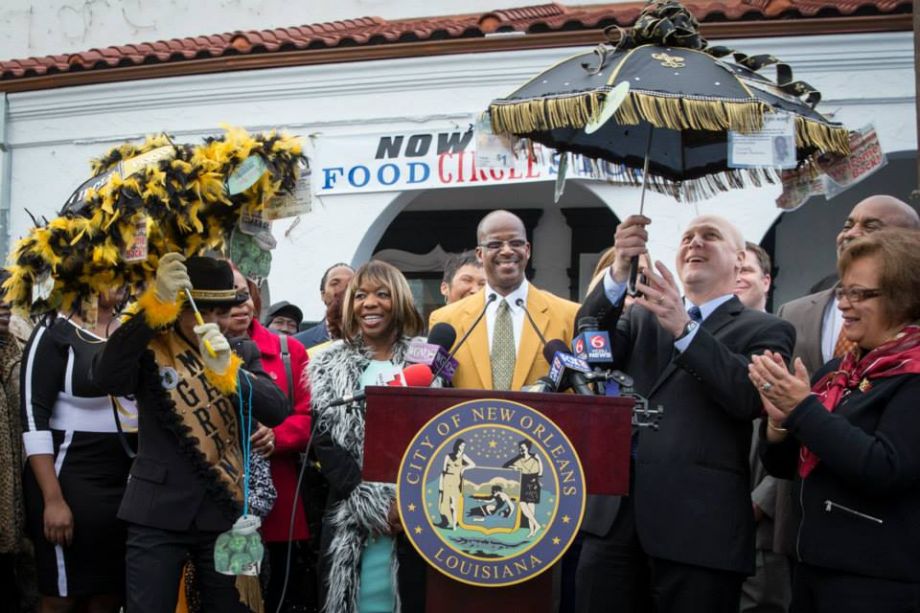 For years, Circle Food Store in New Orleans’ Seventh Ward was the one-stop shop for everything in the neighborhood. Whether you needed a school uniform for your child or a fresh grapefruit for breakfast, Circle had it. But, in a story all too familiar, the store closed after Hurricane Katrina.

After years of effort and alternative financing methods, Circle Foods — the city’s first African American-owned grocery store — reopened on Friday to fanfare in the neighborhood it has called home since 1939. Residents were excited for the return of a community anchor, but Circle’s resurgence is also an example of how smart policy, public cooperation and private investment can breathe new life into cities.

An $8 million renovation of the 22,000-square-foot building was financed through a combination of federal and state historic tax credits, $2.2 million in New Market Tax Credits, $100,000 from the city’s Economic Development Fund, and $1 million from the local Fresh Food Retailer Initiative fund.

It couldn’t have happened without any of the various streams of private and public investment, but it’s the latter that stands out as the kind of policy from which other cities could benefit. The Fresh Food Retailer Initiative, established in 2011 to promote better access to grocers in low-income New Orleans communities, gives forgivable and low-interest loans to food retailers.

For Circle, that came out to the tune of $1 million, half of which is forgivable. Moreover, HOPE, the non-profit community development corporation in charge of the initiative, intends to open a branch inside Circle Foods that will offer banking services. More than 35 million Americans rely on expensive alternatives to banks. In the Seventh Ward, HOPE will offer everything from checking to banking to mortgage and business loans.

The return of Circle Foods is an obvious victory for New Orleanians, but the banking is also a notable development. As NOLA.com reports, big banks have reservations about moving into the Seventh Ward, while predatory lenders have taken advantage of the lack of proper banking services in the area. HOPE’s location at Circle Foods, a store with deep roots and trust in the community, could bring stable banking to many people of the Seventh Ward.

In 2011, staring down the challenges to get Circle back on its feet, owner Dwayne Boudreaux told our own Ariella Cohen, then at The Lens, “The only thing we didn’t do before was caskets. We’re going to be that one-stop shop again, but only better.”

There aren’t any caskets at the renovated Circle Foods (yet), but it’s back on its way to becoming the shop that anchored a neighborhood for decades.