In Nairobi, an Attack at the City’s Most Conspicuous Symbol of Western Drift – Next City

In Nairobi, an Attack at the City’s Most Conspicuous Symbol of Western Drift 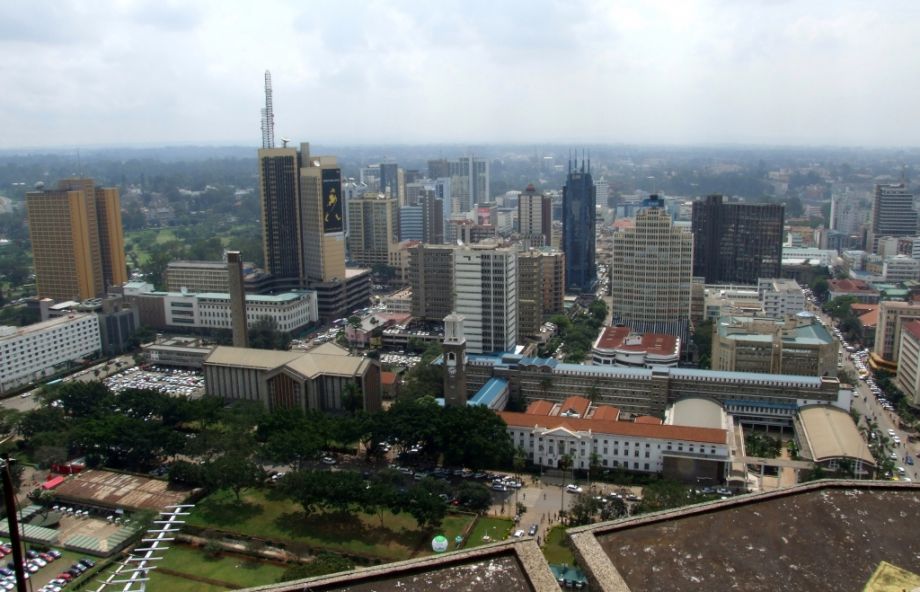 This morning in Nairobi, a tower of thick, black smoke pierced the sky, darkening the area around the glittering Westgate, the city’s most upscale shopping center, opened in 2007. Inside, an unknown number of Kenyan hostages were still being held by militants linked to the Somali terrorist group Al Shabaab. (Government forces now say all the hostages are accounted for).

The sounds of helicopters thrummed the air above, and at one point a loud crack reverberated through the streets nearby. The keyed-up crowd scattered at what sounded like gunshots, but was actually tear gas being released by the Kenyan police to drive onlookers away.

“If you have any common sense you can’t stay in this place,” said Jackson Shivanda, a plumber and Nairobi resident, who had reluctantly ventured close to the shopping center to fix a leaking pipe nearby.

Nairobi residents are no strangers to violence. Car-jackings and robberies are common here — the city can’t seem to shake its ignoble nickname, “Nairobbery” — and the threat (and reality) of terrorism has hung over the city for years. Indeed, the Westgate has long been seen as a potential site for such an attack. But whatever the terrorists’ true motivations — there have been reports that they’ve only targeted non-Muslims — this week’s events represented a type of violence that Nairobians are less used to, an act of aggression that seems aimed at a recent economic and cultural shift in their city.

Nairobi’s population growth is among the fastest in Africa. Fifty years ago, when Kenya gained independence from British colonial rule, the city had only 350,000 residents. Today it has almost four million, and is projected to surpass five million by 2025. And while most of this expansion is taking place in the slums, there’s a parallel growth narrative that’s explicitly Western. The Westgate-ification of the city has quickened over the past several years, encouraged by city officials whose goal is to secure Nairobi’s place on the global stage with amenities like the Chinese-funded Thika Superhighway (opened in November), the upscale-suburban boom in neighborhoods like Upper Hill, and the city’s internet connectivity — the fastest in the region — which has helped make Kenya East Africa’s undisputed economic hub and perhaps the continent’s most technologically fetishistic society.

The city has more than just the sheen of Westernism — it’s attracted a growing population of Westerners themselves. It’s amenities like Westgate that have attracted a large expatriate population to Nairobi, and even convinced Kenyans members of the diaspora to return to the city, a move that not long ago would have been considered a big step backward. Foreign investors keep pied-à-terre apartments in high-rise condominiums, and locally owned companies such as Kenya Airways and Safaricom have been joined by international corporations like Coca-Cola and Google, which have opened regional headquarters here.

“Westgate is the symbol of Kenya’s economic rise,” says Abdullahi Boru Halakhe, a researcher at the Nairobi-based Global Centre for the Responsibility to Protect. “By targeting it, Al Shabaab is sending the signal: You took Kismayo, which was our economic lifeline (much of the group’s revenue came from the Somali Port of Kismayo, liberated by Kenyan forces last year), so we shall hit you where it hurts the most.”

At Westgate, Kenyans and expatriates mingle over chocolate croissants on outdoor terraces, and check their email using the mall’s public high-speed wireless service. There’s a sushi restaurant, a movie theater, and a high-end grocery store. Entrepreneurs hold brainstorming sessions in the food court. Foreign journalists meet with sources over drinks. Leading academics, aid workers and authors go there to work, join friends for dinner and hang out on weekends.

In short, it would be difficult to find a more apt symbol of the New Nairobi, or of the Africa Rising narrative in general, than the Westgate shopping complex. It stands in stark contrast to the sprawling, informal markets of Kibera, and for better or worse, represents the city authority’s greatest hopes for the future of Nairobi — which makes its quick resurrection as a center for Kenyan commerce virtually guaranteed.

“The Mall will be rebuilt and life will go on in the medium term,” predicted Halakhe. “Maybe [this will be] a short term blip.”