In Istanbul, You Can Pay Your Subway Fare with Recyclables – Next City

In Istanbul, You Can Pay Your Subway Fare with Recyclables 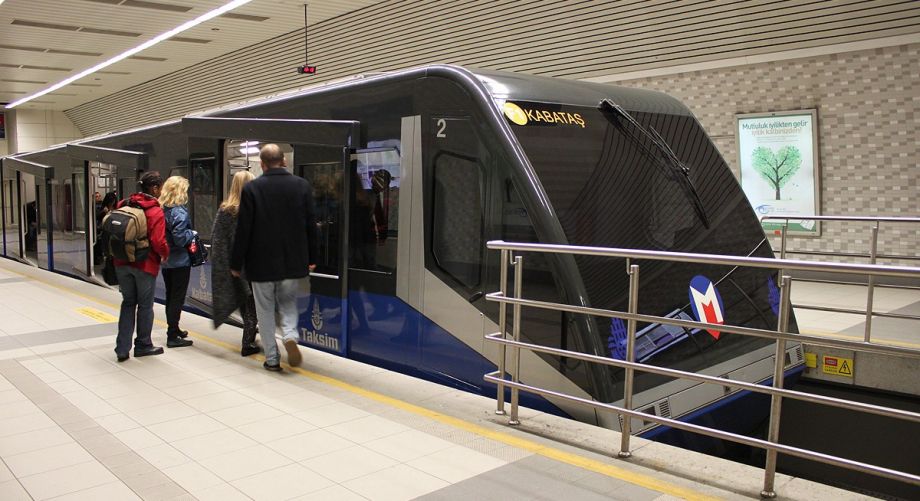 Istanbul is the latest city to install “reverse vending machines” to allow commuters to top up their transit cards by recycling plastic and aluminum, the New York Times reports. It’s part of a larger environmental initiative that aims to encourage recycling and reduce waste.

The “reverse vending machines” accept plastic bottles and aluminum cans. Each bottle or can is worth between 2-9 Turkish cents, and the machine applies the value to a commuter’s subway card, then crushes or shreds the material for recycling. A commuter would need about 28 1.5 liter bottles to buy a single one-way ticket, so the scheme is unlikely to fully replace cash for the majority of Istanbulites, but the New York Times suggests that the plummeting value of the lira will still make the recycling option enticing for many.

The machines will also track the number of containers recycled by each rider and provide rewards such as free or discounted theater tickets for those who recycle the most items.

Turkey has the lowest recycling rate in Europe, according to a 2017 report cited by the Times, but in recent years has aimed to improve that. Since last June, the country has recycled enough paper to save 30 million trees, Mustafa Öztürk, the undersecretary for the Environment and Urban Planning Ministry, told the Times. The undersecretary also said that more than half of all plastic bottles in Turkey were recycled last year. (In the U.S., only about 23 percent of the 50 billion plastic bottles we use a year are recycled.)

Similar reverse vending machines have been in place in Beijing since 2012, Recycling Today reported. In 2014, the trade pub said, the scheme was so popular that the city expanded the program to 34 machines. There, the machines return public transportation credit or mobile phone minutes. The scheme aimed to replace the informal network of collectors who made money by collecting bottles and returning them to recycling company Incom, the Guardian reports.

In Sydney, users of reverse vending machines that pay out in cash or gift certificates to local stores have returned 856 million drink containers. In the U.K., one parking lot in Leeds gives drivers 20p in parking credit for each bottle they bring in.

“Reverse vending machines” are commonplace in American cities and states where “bottle bills” exist, and some “canners” subsist almost entirely on redeeming cans and bottles for a few cents at a time. Bottle bills do boost recycling rates considerably; according to the Container Recycling Institute, a pro-recycling nonprofit, the 11 states in 2010 with container deposit laws comprise 28 percent of the U.S. population but are responsible for nearly half (46 percent) of recycled bottles. (Delaware has since repealed its bottle bill.)

Istanbul is hoping that the new subway vending machines will be a similar success, and is planning to install at least 100 more at 25 locations across the city by the end of the year.

It’s not the city’s first foray into reverse vending machine technology. In 2014, the Turkish company Pugedon invented a vending machine that accepts bottles and spits out kibble for stray animals.