In Chicago, Science and Industry Also Means Art and Creativity – Next City

In Chicago, Science and Industry Also Means Art and Creativity 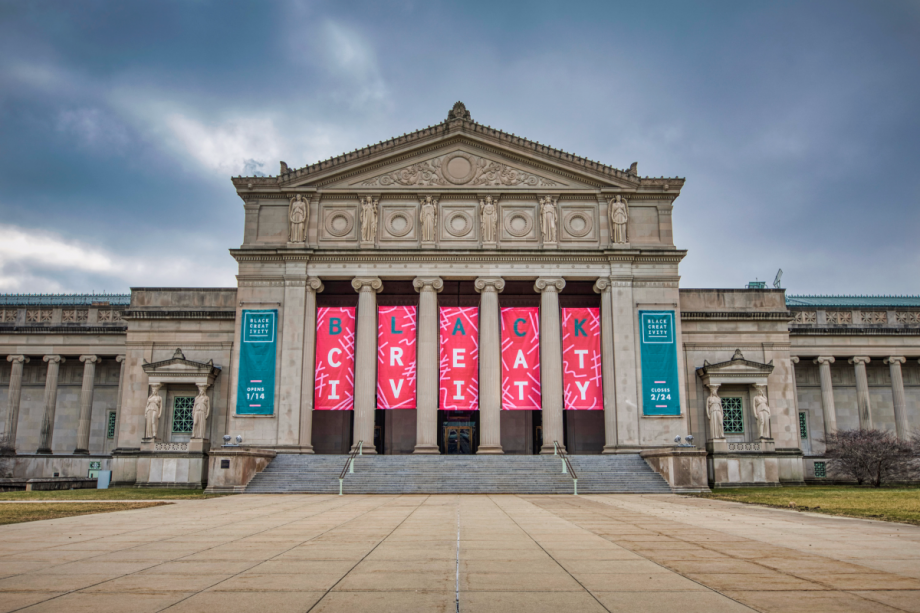 In 1970, Black Aesthetics, a group of community artists and residents from Hyde Park, located on Chicago’s South Side, approached the Museum of Science and Industry with a request for collaboration. The museum agreed, and hosted its first art exhibition that year. Since then, the event has grown into the Juried Art Exhibition, a long-running gallery of African American art.

For 2019, the Juried Art Exhibition ran from Jan. 14 through Feb. 24. The exhibition featured more than 170 paintings, drawings, photographs, sculpture and mixed-media projects from professional artists and students from Chicago area schools, selected from submissions from more than 400 artists. Cash prizes were awarded for first, second and third place in both the general and youth artist divisions. Students were also awarded scholarships for the School of the Art Institute.

The Juried Art Exhibition has become the centerpiece of Black Creativity, launched during the 1980s to accompany the Exhibition. A festival of sorts, Black Creativity has evolved into an annual umbrella of events centered on African American creativity, ingenuity and innovation hosted by the Museum of Science and Industry.

“The way we approach that is that we understand that science and industry is also derived from a creative process, and an innovative process. Certainly understanding that art in its various forms requires creativity and innovation,” Juarez says. “What’s exciting for me in many ways is when a student comes in who is interested in science and sees this beautiful artwork and sees this exhibition – they may take that science interest in how they apply to art.”

It works the other way around too, according to Juarez.

“You may have someone who’s interested in the arts and they see that it’s highlighted or featured prominently, professionally in a science museum. And so those connections may inspire them to start to change the way that they think about science, or how they think about innovation and invention,” Juarez says.

Each year, Black Creativity begins on Martin Luther King Day and runs through much of the month of February to coincide with Black History Month. On Martin Luther King Day this year, museum visitors, led by social impact artist Olusola “Shala” Akintunde, participated in the Family Day Art Project to create a collage that celebrated the work of Dr. King along with highlighting women in the Civil Rights movement.

Other components of Black Creativity included the hands-on Innovation Studio, running from Jan. 21 through Feb. 24, the Black Creativity Gala fundraiser held on Jan. 26 and the Career Showcase scheduled for Feb. 23. Junior Science Cafes, held during weekends in February, allowed school groups to reserve 30-minute sessions with artists, scientists or engineers, according to Juarez.

“We invite people to come and talk to school groups, talk a little bit about what they do and why they do it. We give training to the professionals on how to talk to the kids, get them engaged. We usually have a little hands-on activity for the students,” Juarez says.

The Innovation Studio was modeled after the museum’s fabrication laboratory. Visitors were provided commonplace objects such as paper cups, yarn, tape and scissors, along with prompts illustrating challenges such as Life in Space, Better Sleep and Dealing with Cold. They were then invited to create possible solutions utilizing creative thinking, according to Juarez.

“it’s what we call an analog studio, or a low-tech studio where guests can become innovators themselves and solve problems in creative ways in a method that architects and engineers and designers use, like a design process, an iterative method of solving problems,” Juarez says.

“We celebrate innovation and creativity of African American scientists, artists, designers and inventors. And so much of the program that we do is under that idea of how can we inspire you to study science and technology, engineering, medicine? That really falls into our desire to inspire the genius in everyone. So that’s how we structure it,” says Juarez.

The Career Showcase marks the culmination of Black Creativity. This half-day event features hands-on activities along with the opportunity for visitors to interact one-on-one with artists, scientists, architects and other African-American professionals. Participants of the Career Showcase are often participants in the Junior Science Cafes. Museum donors also participate, often supplying booths for the Showcase. Many people participate year after year. The various stations, located throughout the museum, are especially designed to interest young visitors. However, the museum aims to attract adults as well, according to Juarez.

“Youth is our main focus. Our actual vision – the wording of our vision is ‘to inspire and motivate our children to achieve their full potential.’ So, that being said, our younger audience is a very, very critical component to how we approach our work. Now that doesn’t make us a children’s museum. Our mission is also to inspire the inventive genius in everyone,” Juarez says.

Tags: chicago, placemaking, for whom by whom, museums