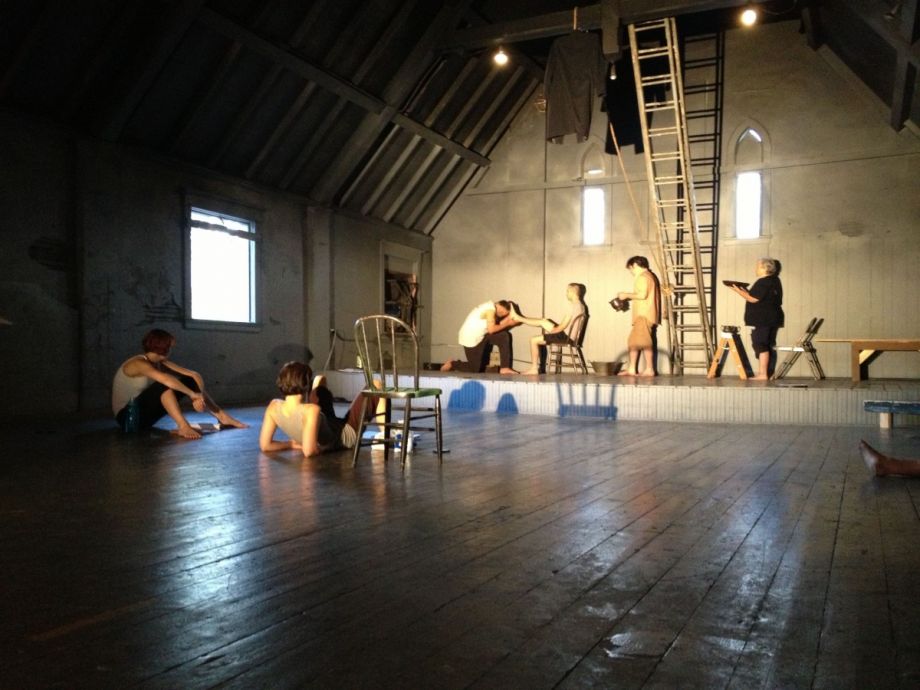 Arts groups know better than most that urban space comes at a price. Rising rents in gentrifying communities force these organizations to think outside the box when looking for offices, studios and performance venues.

Since the early 2000s, the nonprofit technology company Fractured Atlas has been providing an evolving online directory and marketplace, SpaceFinder, to assist artists in finding places to work and perform. The organization is based in New York, but the online matching service is available in several cities around the U.S. In the past year, Fractured Atlas has created two new partnerships in Chicago that are helping arts groups find overlooked or underutilized spaces in the city’s parks and places of worship.

“What we’ve found looking across the dozens of cities where we’ve done this is that a lot of time, the business practices around finding space are really very old-fashioned — pen and paper, Paleolithic stuff,” says Adam Huttler, Fractured Atlas’ executive director. “It’s not an instantaneous thing. There’s a lot of outreach that needs to happen.”

To that end, Partners for Sacred Places (which has offices in Chicago and Philadelphia) recently launched iSPi, a gateway where artists can pinpoint workspaces in houses of worship. Powered by SpaceFinder software and built with custom functionality, the web portal supplements the organization’s Arts in Sacred Places program.

The Chicago houses of worship that iSPi helps to breathe new life into were once much more central to the community life of their neighborhoods.

“How do you convert something that was built for one purpose and change to something else, but do it in a way that is sensitive to the historic fabric?” asks Partners for Sacred Places President Bob Jaeger.

While their congregations might have condensed, renting out the ornate and uplifting interiors of church buildings is a natural fit for arts groups. “The Binding,” a religious play that adapts “The Testament of Abraham,” was presented by Chicago’s Theatre Y this fall in St. Luke’s Lutheran Church of Logan Square, a space-match facilitated by Arts in Sacred Spaces.

“By having a critical mass of information, not just on the physical space needs and availability, but on the values and mission of the arts groups and congregations, it allows us to really ramp up our space-matching,” says Jaeger.

“In the arts, we’ve always known about rehearsing in church basements forever,” adds Huttler. “But it’s always been very informal or ad hoc. There is a lot of opportunity on the table. There are a lot of facilities that would like to do more with the arts and to get new people into their spaces. Because the worlds are so separate, it doesn’t happen as much as it should.”

Fractured Atlas is also working with the Chicago Park District to create an inventory of data about their spaces, so they can get a better sense of how the parks are being used, by whom, for what, and how they can promote what they have available. It’s a tall order with around 8,100 acres of greenspace in their jurisdiction.

“Artists can be a powerful tool for urban planning and community engagement, and I think they realize that. They just want a tool to allow them to be a little more intentional about that,” says Huttler. “What is unusual about Chicago, which is also really exciting, is that there are all these new stakeholders that have really engaged with the resource in a way we haven’t quite seen in other regions. We’d like to see this as a model going forward.”