In 2017, Track Corporate Welfare Like Never Before – Next City 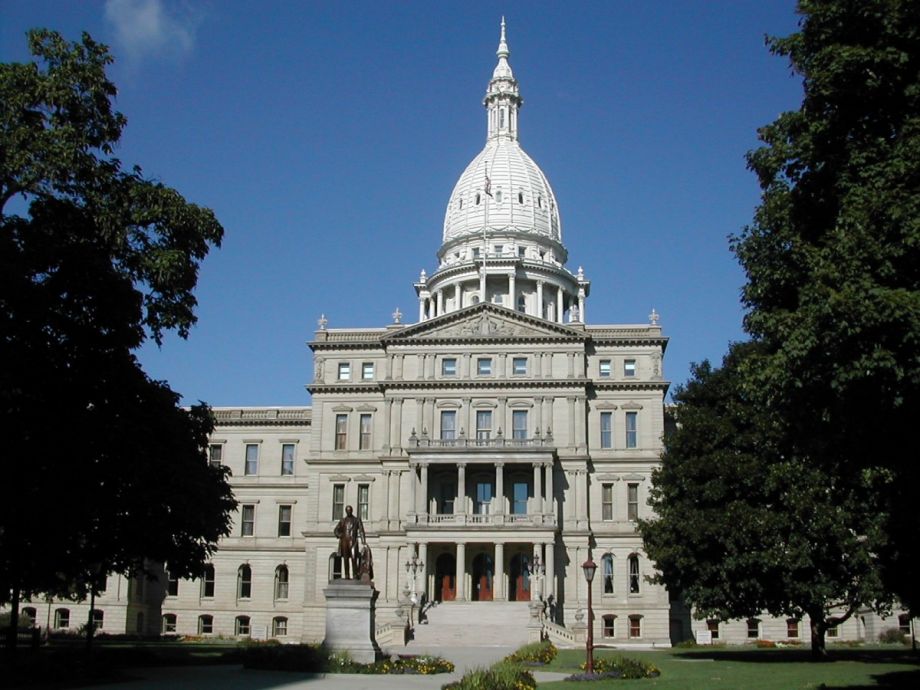 A new bill in the Michigan Senate seeks to broaden tax incentives for businesses. (Photo by Brian Charles Watson)

Last Thursday, Michigan legislators backed by private sector leaders dropped a bill on the state senate floor that asked for a greater range of new tax incentives to reel in more businesses. If it passes, companies that enter or expand their imprint in Michigan cities and attract between 250 and 500 new jobs will see part of their paid state income tax refunded every year they keep those jobs. State Senator Jim Stamas and proponents say the bill is necessary because Michigan has a less robust incentives program when compared with neighboring states, according to Crain’s Detroit.

Critics of states using incentives like tax breaks to entice companies to relocate, an approach referred to as “corporate welfare,” charge that it’s not a smart way to put people to work or stimulate economies. For years, everyone from journalists to nonprofit policy center Good Jobs First has been examining the practice and assessing its efficacy.

Now, there’s another way to track how corporate subsidies connect to local economies. A new database by the W.E. Upjohn Institute for Employment Research looks at the average state and local taxes of a given industry in a given state, and projects how different incentive types would factor out if a hypothetical company were to set up shop within the state over a 20-year period. Included in those calculations are the tax regimes from 47 cities in each of its 33 states.

Cities like Lansing and Detroit have a storied past with incentives programs to keep automakers in the area, and the Michigan Economic Growth Authority (MEGA) tax credit program left taxpayers with a $9.4 billion bill to cover corporate subsidies in 2011. Bartik says if there’s one takeaway he wants policymakers to get from his database, it’s that investing in job seekers will deliver “more bang for your buck” than if you put that money toward property tax abatements or job creation tax credits like Michigan has in the past.

“Most states do not devote much in resources to customized training, which is not a tax incentive, it’s a service that’s provided,” he says. Customized job training, however, he adds, is “highly effective, and the dollar might have 10 times the effect of a dollar devoted to cash incentives and other tax incentives.”

Enrollment in vocational training in Michigan has been diving since 2006. At the same time the state was pushing to create more incentives nearly a decade ago through programs like MEGA, lawmakers placed college enrollment rates at the heart of a statewide education campaign, leaving students too stretched between college prep classes and regular curricula to enroll in vocational programs.

The total number of students enrolled in at least one vocational class in the 2015-2016 school year was 108,000. Go back nine years and enrollment was up at 136,000. Meanwhile, last month 47,000 new jobs were posted at the state’s employment portal, MITalent.org, that only require an associate’s degree. Governor Rick Snyder is currently pushing for more than $40 million in state investments in local job training programs to alleviate that.

Yet Michigan is not alone in thinking that a highly trained job pool is not enough to sweeten the deal to bring in more employers.

“What’s interesting is states like Michigan, Wisconsin, Tennessee, historically didn’t do much in the incentive game, but the last 10 years they’ve started getting into it fairly heavily,” says Bartik, citing his data.

He plans on updating the database once every two to three years and eventually bringing in states like Rhode Island, which has also relied heavily on incentives to woo corporations. When combined with another incentive database guided by the Governmental Accounting Standards Board (GASB) that’s set to be released in 2017, the year ahead will be marked by unprecedented local disclosures of just who’s getting off the tax hook — and where taxpayers are paying for it.

Bartik’s work provides estimates on the long-term impact of incentive deals, so while the forthcoming GASB numbers will let us see how incentives are impacting local economies today, Bartik’s data let’s us see how they may impact local economies years from now.

Even though they’re projections, there’s a reason why trying to articulate these incentives that far ahead is valuable to policymakers and their constituents. “The reality is, given how short-term-oriented business decision makers are, it seems unlikely the tax abatement you’re offering in year 10 or 12 really affects decisions very much. What it does is gives away the next governor or mayor’s tax base,” Bartik says. “And it’s a little easier to give away a future tax base than your current tax base, politically speaking.”