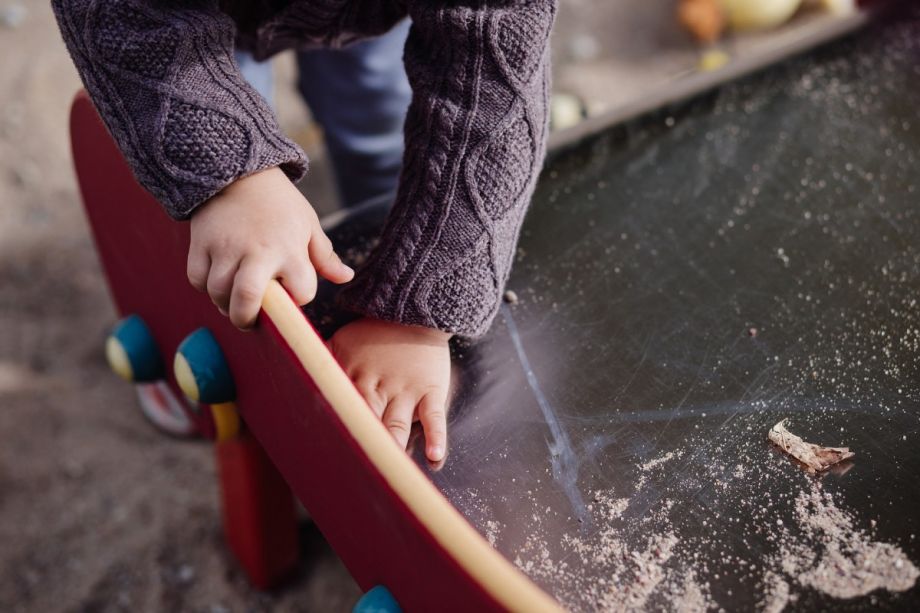 (Image by freestocks-photos from Pixabay)

In the summer of 2019, the Economic Policy Institute released a report in collaboration with the University of California Berkeley’s Center for the Study of Child Care Employment. Titled “Breaking the silence on early child care and education costs,” the authors examined early care and education systems across California.

What they found was a broken system — one that “shortchanges children, families, and teachers.” State and federal financing falls short of serving all families eligible for child care subsidies, while families not eligible for subsidies are heavily burdened by child care costs. Teachers and early care providers are underpaid, with many living close to or below the poverty line.

The report resonated in San Diego County, where a 2019 report on the region’s affordability crisis found the average cost to put one infant in childcare is $18,000, slightly above the state average, with limited options forcing some parents out of work in order to provide care. The city knew the solution had to go beyond more subsidies — two years ago, San Diego providers returned more than $11 million of unused child care subsidy funds to the state because many families didn’t qualify, and those who did were often stuck on waiting lists to secure open spots.

A complicated market with slim margins and dire need of reform seems an unlikely place to invest, but that’s exactly the plan for San Diego investment company Mission Driven Finance. With a grant from the San Diego Foundation, the company is exploring potential impact investment models to improve the early child care education system in San Diego, in hopes of developing models that could work across the state.

“Investing in children is one of our best strategies, and it’s baffling to me this is a dysfunctional market,” says Lauren Grattan, director of community engagement and co-founder of Mission Driven Finance. She cites the Heckman curve, which suggests the highest rate of economic returns comes from the earliest investments in children.

Last year, the San Diego Foundation announced a multi-year plan for immediate impact initiatives alongside systems-level change in early education. The first round of grantmaking went to organizations like SAY San Diego, for development of a workplace-based early childhood education center, and San Diego Workforce Partnership, to strengthen local data and research and identify challenges and opportunities of early childhood education across the county.

Mission Driven Finance secured its grant this summer to focus on an impact investment model. The company held over 40 stakeholder interviews to understand challenges of the market and brainstorm creative ways to inject funding.

“In early childhood, there’s just a complete lack of capital — there’s not even predatory players [in the market],” explains David Lynn, chief executive officer and co-founder of Mission Driven Finance. For providers, margins are often razor-thin; even fully-subsidized programs don’t reimburse at levels that keep up with the cost of providing services.

For home childcare providers, there’s a need for training and technical business assistance. When it comes to more formalized childcare facilities, there are significant costs to retrofit spaces; there needs to be enough space for enough students and enough sources of revenue to make the economics work; there is also a high variability in lease rates.

“You can’t just make a loan to a family childcare home for a better classroom — it doesn’t function because there’s no revenue,” says Lynn. “We are looking at places where there’s potential revenue flowing, that aren’t flowing into early childhood, that we can tap from.”

Mission Driven Finance made connections between early childhood and climate action, workforce development, housing and local economic development. “How can we bring financing that a climate action group is going to pay for, because we’re investing in a family childcare home?” Lynn asks. “It’s a more complicated structure, but if we can find things that work, there should be opportunity.”

One of the most promising potential models is through real estate. One proposal focuses on homeownership opportunities for home childcare providers, many of whom are low- and moderate-income women of color who rent their properties. As opposed to directly financing their business, Mission Driven Finance would finance homeownership for women of color already running the business. “Maybe there’s 100 percent loan-to-value financing at a good rate, as long as you’re also running early childhood,” Lynn says, “Or you’re willing to upgrade from a 6-student license to a 14-student license.”

For childcare facilities, one of the biggest hurdles is the price of building out a commercial space. Mission Driven Finance is exploring models based off real estate investment partnerships, in which an intermediary fronts the cost of building out a childcare space, with an agreement between stakeholders like the building owner, nearby business owners and providers to amortize repayment.

There’s even the possibility to build quality metrics into the lease to determine if the provider will be renewed — “so it hasn’t sacrificed anything for our investors,” Lynn adds. Such investments could also support “incubation centers,” larger childcare spaces sublet to different providers expanding their business. “It would allow a home provider to move up that chain,” says Lynn.

The next step for Mission Driven Finance is to tap into partnerships and capital for a six-month pilot determining the most promising investment models. Lynn believes a successful pilot will resonate outside San Diego — the Economic Policy Institute stated that across California, there are “compelling reasons to disrupt the system currently in place.”

“For early childhood, anything we do in San Diego … should work anywhere in California,” Lynn says. “There’s a need everywhere, so if we find something that works the goal is to scale it as much as possible.”