Ignoring Immigrant Success Is an Urban Planning Weakness – Next City 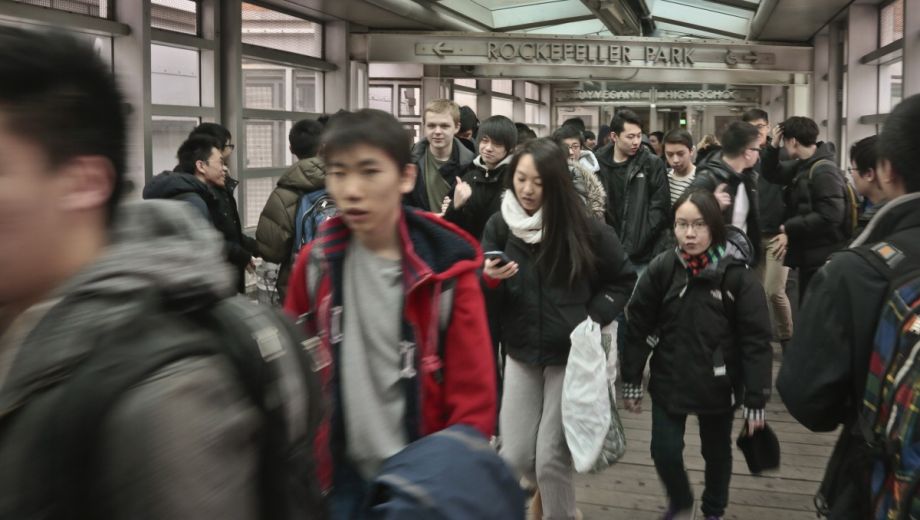 About 70 percent of students at Stuyvesant High School are Asian, and almost half of the school’s students qualify for free or subsidized school lunches. (AP Photo/Bebeto Matthews)

Elmhurst, Queens is a predominantly Asian working-class immigrant enclave not known for political action. But a few weeks ago, a crowd of 500 with bilingual signs and bullhorns demonstrated heatedly in front of a former hotel that the city had converted into a homeless shelter. A group of mostly black and Latino families had moved in, and while many people are apprehensive about America’s homeless population, the protesters responded with a vitriol and unpleasantness that hinted at something else: a tension underlined by race, resentment and perceived entitlement. “Why does the government want to support this group?” one Chinese resident and restaurant worker was quoted asking in the New York Times. “Why do they want to give them free money? We have to work from 11 a.m. to 11 p.m.”

This is unfortunately not a rare sentiment, especially in immigrant communities characterized by thrift and entrepreneurship and traditionally underserved by city agencies. Being upwardly mobile is hard these days. It’s tempting to dwell on how other groups seem to be treated differently. And after all, no one has ever managed to set the record straight. What makes certain successful low-income immigrant communities different from pockets of entrenched poverty? There are many reasons why some people get out of poverty and others don’t, and why some people require public assistance more than others. But these are uncomfortable topics, and they’re rarely discussed or given their proper due.

Avoiding an honest look at differences between immigrant neighborhoods and poor neighborhoods is one of the biggest weaknesses of urban planning and policy today. We are at a moment when our cities are experiencing ever-widening inequality, and real social mobility seems ever more fleeting. Meanwhile, we’re avoiding a discussion about how some immigrants have dramatically moved up, and failing to draw any general lessons from their experiences. We’re also trivializing their success by not addressing it.

This plays out in various aspects of immigrant urban life. For example, the New York Specialized High Schools entrance exam, a longtime stepping stone for poor immigrant kids, has come under sustained attack for being unfair for minorities. While the number of black and Hispanic students at test-in Stuyvesant High School is appallingly low, proponents of reform ignore the fact that the school is actually about 70 percent Asian, and almost half of its students qualify for free or subsidized school lunches — an amazing stat for an institution whose academic achievements rival some of the most expensive and exclusive prep schools in the world. As a Stuyvesant alum who still remembers all the immigrant families that saved up so their kids could take the prep course for the exam, and all the palpable pressure riding on the results, and all the 12-year-olds forced to be much more mature than their years, I’m bewildered by how pundits bend over backwards to avoid addressing their struggles and accomplishments.

There are reasons why certain things work for certain people. In a place like Elmhurst, you can examine the concentration of educational services and the synergy among diverse retail offerings to consider what kind of social infrastructure and local processes give people a good chance of overcoming persistent disadvantages to rise out of poverty. You can also see places where the community is genuinely underserved by city agencies and where this neglect threatens the pathway to success. But none of this is examined and articulated well enough, let alone applied to urban poverty more generally. The success of some immigrant neighborhoods are too often dismissed as a kind of exceptionalism, and its broader relevance is ignored. As a result, we have the passive-aggressive resentment of the shelter protest on the ground level, and an unsophisticated public discourse mostly driven by people who’ve experienced neither entrenched poverty nor real, dynamic upward mobility.

A few days after the protest, Peter Koo and Margaret Chin, two NYC councilmembers who are Chinese immigrants, wrote a letter to the New York Times. They urged Elmhurst residents to “show tolerance and compassion” to the homeless families. “We hope all the protesters will pause and reflect on the challenges they have faced in their own lives,” they wrote.

It’s time to make this connection between immigrant striving and urban poverty more explicit, not just for neighborhood peace and solidarity, but also for the good of urban planning and policy. This connection is one of the few that could yield insight into what might make a successful working-class community in our cities today.