Illinois May Close Prisons, But It Should Imprison Fewer People 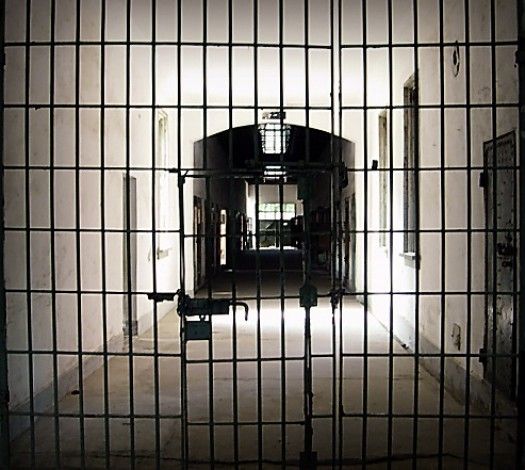 Like a flagging business winding down its operations, Illinois last week took one more step toward shuttering four of its prisons.

The state joins a nationwide movement to cut incarceration costs through consolidating its prison population. As the Illinois prison population hovers around the highest it’s ever been, inmates from closing correctional centers will move into some of the most crowded facilities in the country.

If Illinois wants to avoid a humanitarian and constitutional crisis, it must cut its prison population — permanently. Realistically, the safety of downstate prisons depends largely on Chicago’s ability to contain crime without incarceration.

While part of a growing national trend, Illinois’ closures have been the subject of a contentious legislative battle. At the heart is the central challenge of the recession: To save jobs while cutting costs.

Gov. Pat Quinn first called for closing the four prisons, along with three other correctional facilities, last February, citing underutilization and cost. (At one of the prisons, the Tamms “Supermax” Correctional Center, correctional officers reportedly outnumber inmates.) When the Illinois House and Senate retained funding in the annual budget anyway, Quinn line-item vetoed $56 million allocated to the facilities. On November 28 the state Senate overturned Quinn’s veto, but last week the House let the veto stand, effectively ceding to the closures.

After decades of prison building, the mass incarceration system is slowly being dismantled. According to the Sentencing Project, 53 prison facilities across 17 states were set to close during the years 2011 and 2012. Nationally, prison closure has become a poster child for bipartisan supporters eager to peg incarceration as an expensive and ineffective response to antisocial behavior.

At the state and local levels, however, prison closure has been more divisive. Opponents of the closings rightly fear jobs losses and overcrowding. “We’re already struggling,” said Republican state Sen. Dave Luechtefeld, noting that the prison closures in southern Illinois will result in a loss of 400 jobs. “This makes it extremely tough.”

Yet, despite the perception of prisons as a recession-proof economic engine, according to the Congressional Research Service, prisons do not lead to meaningful economic development in rural America. One study of 14 rural counties in New York — seven that did and seven that did not host prisons — found “no significant difference or discernible pattern of economic trends between [them].”

“While prisons clearly create new jobs,” the study continued, “these benefits do not aid the host county to any substantial degree since local residents are not necessarily in a position to be hired for these jobs.”

Prison closures will not only eliminate jobs, but also exacerbate dangerous conditions. Prison violence, especially, is a problem feared by prisoners and correctional officers alike. And because overcrowding undermines even the best efforts to administer a prison safely, it breeds violence. In 2009, the Commission on Safety and Abuse In America’s Prisons’ number-one recommendation for reducing violence was to reduce crowding.

The Illinois prison population is hovering around an all-time high, at about 48,000 people sharing space designed to hold 33,000. So closures, all else remaining the same, will potentially push the system past constitutional limits. In May 2011, the Los Angeles Times reports, the U.S. Supreme Court gave California two years to comply with the three judges’ determination that prisons should not be overcrowded by more than 137.5 percent. State officials concede they are unlikely to reach that target by the June 2013 deadline and have told the judges they intend to ask for a new cap of 145 percent.”

Illinois is at roughly 145 percent of overall capacity now — before the closures. Earlier this year, the John Howard Association, an Illinois prison watchdog group, wrote, “In recent visits to the Vandalia and Vienna correctional centers, for instance, the John Howard Association found inmates in conditions that rival California’s prisons. These facilities were so crowded that administrators had no choice but to house hundreds of minimum-security inmates in flooded basements and vermin-infested dormitories with broken windows, leaking pipes and dilapidated roofs.”

In order to avoid constitutional and human rights challenges, Illinois must cut its prison population. To do so, it can either release more people or admit fewer. Decades of “tough on crime” laws limit option one. These laws hamstrung judges’ and parole boards’ discretion by mandating prison sentences for certain offenses, reclassifying other offenses from misdemeanors to felonies, and then severely limiting early release options. A 2011 report of Illinois sentencing laws by the Illinois Sentencing Policy Advisory Council summarizes the result from this trio of policies:

Despite dramatic reductions in reported crime in Illinois from the early 1990s through 2008,correctional populations — including probationers, prison inmates and those on mandatory supervised release — increased from fewer than 60,000 in 1985 to more than 120,000 since 1998. 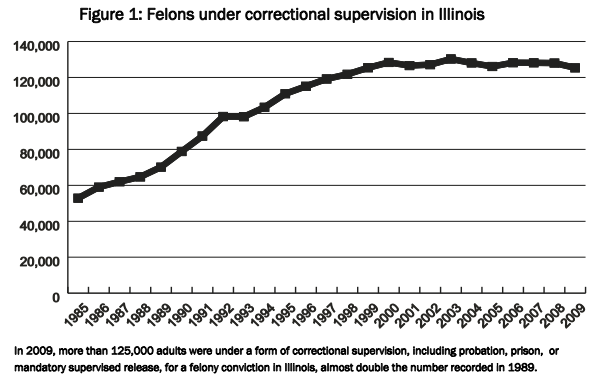 The policies have also boxed in lawmakers, who now cannot easily reduce the costly, crowded prison population without appearing to weaken criminal laws.

This leaves only one realistic option: Let fewer people in. The most sensible place to start is with the Chicago Metro Area (defined here as Cook, Will, Lake and DuPage Counties), which 58.7 percent of Illinois prisoners call home, according to the Illinois Department of Corrections 2011 Annual Report. 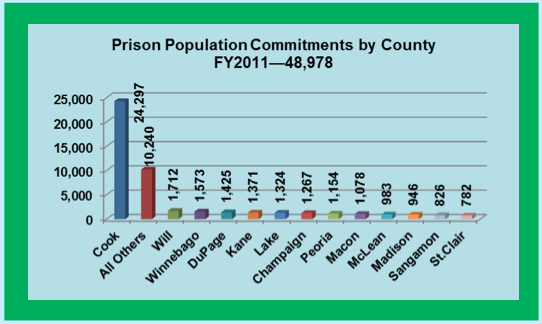 As I have written in the past, Chicago has been experimenting with alternatives to incarceration for the last few years to alleviate its own crowded jail. Notable efforts include electronic monitoring, lesser penalties for marijuana possession, deferred prosecution, public-private partnerships, and drug and mental health treatment through expanding access to Medicaid. These efforts and more will help to shape a new justice paradigm that relies more on community-based solutions and less on incarceration in crowded, distant prisons.

If Chicago waits too long, it may not have much of a choice. A year and a half after the Supreme Court’s order, California Gov. Jerry Brown has diverted tens of thousands of low-level felons from state prisons back to county jails, straining the jails and budgets of many urban municipalities. If Quinn follows that path, then Chicago, after decades of outsourcing prisoners, may soon have to make room for its own.

Katy Welter is a law and policy analyst for the Chicago Appleseed Fund for Justice, where she advocates for fair and efficient criminal justice policies, and a member of the 2012 Next American Vanguard. The views expressed here are her own and do not necessarily reflect those of her employer.