If You Can’t Get To Your Vaccine Appointment, These Cities Will Drive You – Next City

If You Can’t Get To Your Vaccine Appointment, These Cities Will Drive You 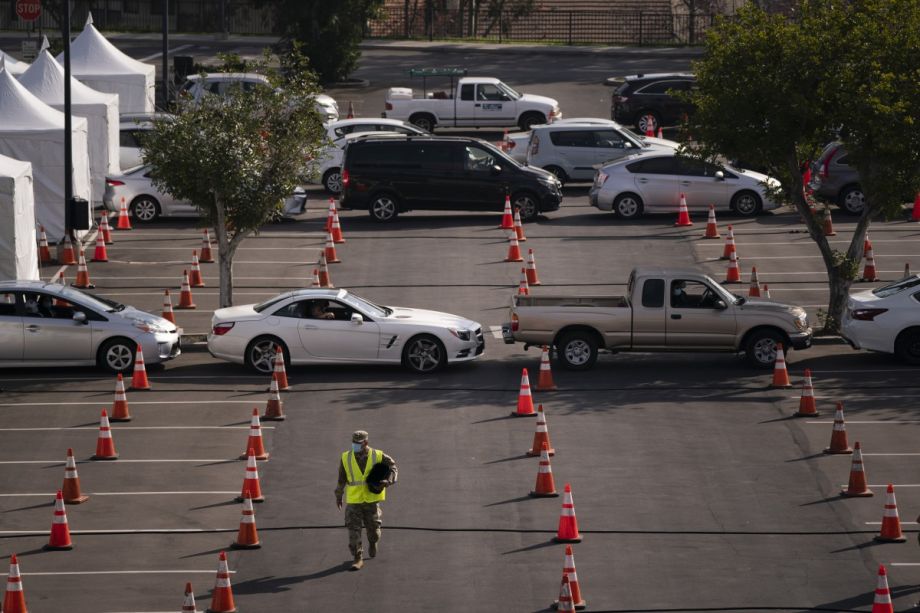 A National Guardsman walks across a federally run COVID-19 vaccination site as motorists wait to get their vaccine on the campus of California State University of Los Angeles in Los Angeles, Calif., Tuesday, Feb. 16, 2021. It's not just California — all over the country many vaccination sites are only accessible by car. (AP Photo/Jae C. Hong)

More than 176 million COVID-19 shots have been administered throughout the U.S. Depending on the state, they’re available to healthcare professionals, essential workers, people who have underlying conditions, and seniors — but what happens if those eligible for a vaccine can’t get to the clinic?

The nationwide vaccine rollout has been haphazard, to say the least. The past few months have been characterized by malfunctioning registration processes, long lines at distribution sites, confusion over which groups are being prioritized, and stark inequity in who is receiving the vaccines versus who has been hit hardest by COVID-19. And many places simply don’t have enough vaccines.

To pick up the slack, cities and transit agencies across the country have stepped up to provide free or cheap transportation to vaccine distribution sites. These programs are crucial for the elderly, the disabled, non-drivers, and those who live far from public transportation networks or vaccination sites.

“With everything going on and how difficult it is to get a vaccine, we decided our role is to remove the transportation barrier,” says Chad Ballentine, vice president of demand response and innovative mobility for ‎Capital Metro, the bus and commuter rail system for the Austin, Texas, metro area.

In Austin, CapMetro is offering free curb-to-curb service for people who have vaccine appointments. Passengers would need to make a reservation by calling the hotline 24 hours before — no questions asked, except what time and where you need to go. Almost every vehicle is wheelchair accessible, with operators trained to assist people with disabilities.

Ballentine says the program was relatively quick to roll out because it uses infrastructure from CapMetro’s MetroAccess program, an ADA-mandated paratransit system that offers a “safety net” to people with disabilities. Prior to the pandemic, MetroAccess vehicles were taking between 2,500 to 2,800 trips per day, but now the number of rides has been cut in half. CapMetro decided instead to commandeer those vehicles and drivers for the vaccine program, which, unlike MetroAccess, is free and doesn’t require you to have or prove a disability.

“It’s a really great use of our existing resources. It hasn’t cost us too much extra to provide this service, which is great because we’re trying to operate effectively. We have the mentality of operating as a private business with the heart of a public agency that knows our mission is to serve our community,” says Ballentine.

The program has served 156 people so far — a number lower than expected due to citywide vaccine availability, but CapMetro is expecting rides to pick up as more distribution sites open and more people become eligible for their shots. Ballentine still counts it as a win: “The fact that we have 156 passengers that now have a vaccine that otherwise didn’t have a way to [get there] is a big deal.”

New York City has also launched a sizable vaccine transportation program with a capacity of 10,000 rides per week, the city said in a press release. Much of the legwork to coordinate rides is done by the city’s Department for the Aging and its providers, which have been making “tens of thousands of vaccination calls per week” to seniors receiving DFTA services, says Department for the Aging Commissioner Lorraine Cortés-Vázquez in an email interview.

The program is being operated and staffed by the city’s Vaccine Command Center, which did not return requests for an interview. It’s unclear how many rides have been given since its launch on January 17. But Cortés-Vázquez says, in the past, the city has offered rides to cooling centers during sweltering summers and rides to shingles and flu shot vaccinations. The city has also opened on-site vaccination clinics for seniors living in NYCHA housing.

Many cities have rolled out programs to address the two million seniors who are partially or completely homebound, according to The Commonwealth Fund, a foundation that focuses on healthcare inequities. For example, Miami Beach Fire Rescue has vaccinated at least 900 adults in senior living communities and individual homes in south Florida.

Getting 328 million people in the U.S. vaccinated is no easy task. But increasing accessibility at every step of the vaccination process will go a long way to removing barriers.

“Obviously, we can’t make the vaccine, we can’t put shots in arms,” says Ballentine. “But getting people to the appointments is certainly something we know we can help with.”