If They’re Not “Uber Drivers,” What Are They? – Next City

If They’re Not “Uber Drivers,” What Are They? 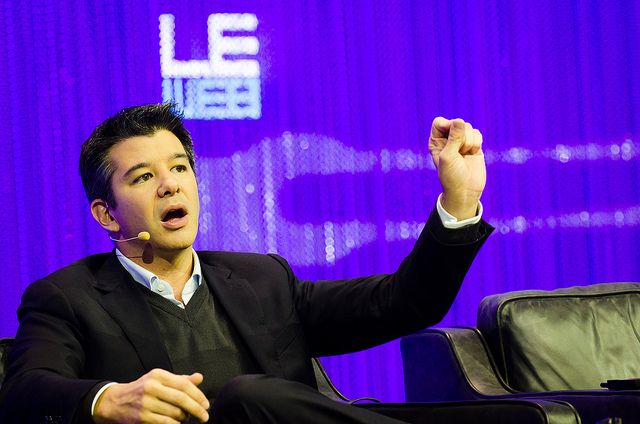 A newly filed lawsuit over the death of 6-year-old Sofia Liu, struck and killed by a car on New Year’s Eve in San Francisco, is raising new questions about where the liability falls when it comes to the driver, Syed Muzzafer, who had been picking up rides using the Uber app.

Here’s a sampling, from the San Francisco Chronicle’s Ellen Huet:

As startups disrupt old industries, from Uber taking on taxis to Airbnb going against hotels, regulation has lagged behind. But all too often, it’s individuals who bear the risk.

Drivers must have personal insurance, and the companies must carry $1 million excess liability policies that cover damages in the case of an accident that is their driver’s fault.

But huge gaps remain. Uber said it is not liable for the New Year’s Eve accident because its driver did not have a passenger with him at the time, though the suit claims he was distracted by the app he used to look for new fares.

“It appears that Uber is willing to hang out to dry both my client as well as the Liu family,” said Muzzafar’s attorney Graham] Archer. “If [Uber is] unwilling to cover one of their drivers while he’s logged into their system, it seems that that would be hanging him out to dry because he would be potentially liable civilly for the accident and the fact that he was logged into their system at the time could jeopardize his personal insurance coverage and would deny the Liu family the benefit of Uber’s stated insurance policy.”

At the same time, if Uber isn’t liable, what happens to families like Sofia Liu’s? Muzzafar is reportedly the father of four who was driving to support his family. As ride-sharing using private vehicles spreads via well-funded tech startups, do we expect the drivers themselves to pay out personal injury damages if they strike a pedestrian or to carry their own million-dollar insurance policies? Would insurance companies even offer such coverage?

Wohlsen’s full piece is worth a read because he zeros in on the essential question at hand. It’s not insurance, which is only a symptom. At the heart of the matter is that Uber drivers work as freelancers of a sort, and the company has sought to keep its distance from them. Uber press people object to the phrase “Uber driver,” pointing out that drivers like Muzzafer are not employees. They prefer phrases like “partner drivers” or “drivers that use the Uber technology platform.”

That concept — divorcing the user of a technology from the technology itself — is an idea that makes a great deal of sense in the online world from which Uber and its CEO, Travis Kalanick, have sprung. Indeed, Congress enshrined it as a legal concept in the late 1990s, a carefully crafted decision that meant blogs aren’t held primarily responsible for the people who commented on them. YouTube isn’t held responsible for people who upload videos, and Facebook isn’t responsible for profiles created on its site.

Separating platforms from their users served the Internet remarkably well, and helped it flourish.

But when the concept extends to the real world, things get complicated. The consequences are significant, like getting hit by a car or having a terrible experience in an Airbnb rental. People can get hurt, physically, without the same ability that exists online to fix things retroactively. Comments, videos and profiles, after all, can be pulled down after the fact, mitigating much of the damage.

So what sort of a thing is an “Uber driver”? Things were easier in the company’s early days, when it contracted only with professional drivers who would otherwise work for hire. But its move into ride sharing with the UberX program last April, as Wohlsen notes, changed the calculus. Suddenly, anyone who qualified could become an Uber driver. These are people who otherwise wouldn’t look for hires without the existence of Uber or one of its competitors. The situation gets even messier when the difference between “driving for Uber” and “not driving for Uber” can mean the fraction of a second before and after a driver clicks his or her smartphone to accept a fare.

That, and not insurance liability, seems to be the heart of the matter. It’s a big question not just for Uber, but for the other platform-driven offline companies that also operate in this space. Drivers may not be Uber employees, but they’re not mere “users” of the service, either. No good existing definition captures what they are.

Like it was with the Internet, figuring out a smart, equitable definition can help this new field grow. Failing to figure one out could stymie the whole enterprise.