I Was Arrested for Running After Dark – Next City

I Was Arrested for Running After Dark 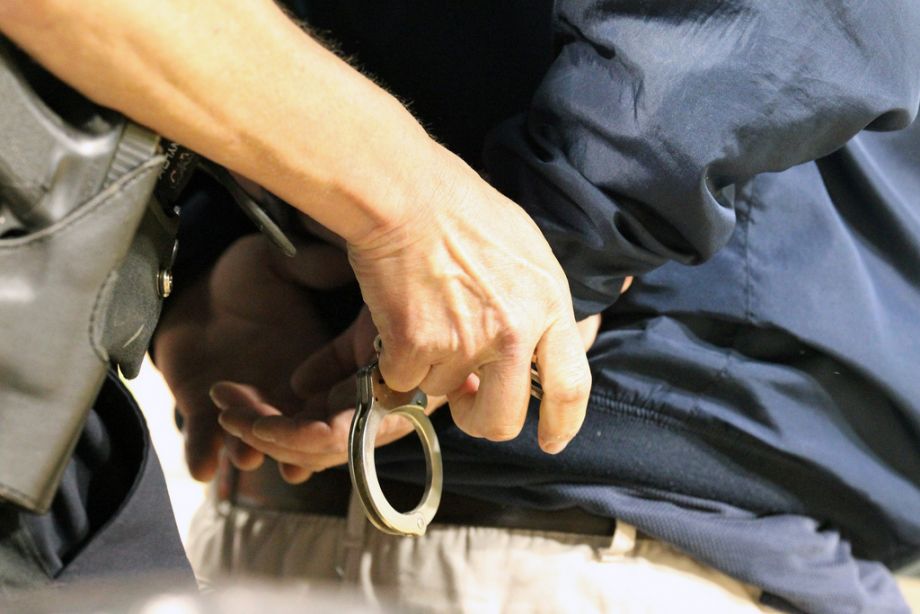 I was arrested on Tuesday night for running in Brooklyn’s Prospect Park after dark. It was, by New York City law, a misdemeanor violation under penal code 103-C2: I disobeyed a park sign. So the two officers who stopped me slapped on the cuffs and — without reading my Miranda Rights — hauled me to jail wearing spandex tights and a bright orange long-sleeve shirt.

This all could have been avoided. In 2010, I was issued a summons for drinking on my own stoop. I mailed the ticket, along with the $25 fine, to the New York City criminal court at 346 Broadway and never thought about it again. When the officers ran my name, however, there was a warrant out for my arrest for an unpaid summons. The city, it appeared, had either not received or failed to cash my check. Municipal efficiency at its finest.

I was booked and processed at the 78th Precinct around the corner from the Barclays Center and then transferred for the night to the 72nd Precinct in Sunset Park, where a cop remarked that my arresting officers had “caught this guy taking a leak in the park after dark.”

After a sleepless night on a wooden board next to a white dude in my cell — the cells were, predictably, segregated — an officer rattled the bars at 6:20am and passed out Egg McMuffins and Happy Meal-size cups of Hi-C orange. My cellmate, who was brought in for two unpaid speeding tickets, asked the officer for some bourbon. “Don’t be a dick,” the officer said. “If you’re a dick, I’ll make sure they take you to Central Booking downtown.”

We were corralled into a line like grade schoolers on a field trip, cuffed together and loaded into the back of a paddy wagon. A man from the Bronx, who was arrested for hopping an MTA turnstile, pointed at me. “This motherfucker in here on some bogus charges, ready to run from the cops looking like Usain Bolt,” he said. Everyone was in on some bogus charges, it seemed. They took us to the Red Hook Community Justice Center, a small court in the shadows of the Red Hook West housing projects.

“Now, I know y’all are in here on some bullshit charges,” said an officer who told us to take off our shoelaces. “So if you’ve been good the past few years, you’re probably going home today. Man up to your charges and the judge will probably let you walk.”

There were 11, myself included, from the 72nd precinct and a scattering of other perps from precincts across Brooklyn. Only three of us were white. Everyone was in for various petty and pointless crimes: Unpaid speeding tickets, hopping a turnstile, outstanding summons. New York’s misdemeanor courts are essentially debtor’s courts. Keep a dude out of work for the day so he’ll pay his tickets.

“I see these cases all the time,” Danny Ashworth, a staff attorney at the Legal Aid Society and my court-appointed representation, told me over the phone yesterday. “It’s the ‘broken windows’ theory of law enforcement in action. The concept is, you catch 10,000 little fish in your net, you get a couple of big fish, too. Too bad for the little fish.”

All of the people in my holding cell awaiting a hearing were “little fish.” One, a 28-year-old who grew up in various Brooklyn housing projects (Red Hook, Gowanus), “got out of the hustle” and landed a job as a courier for a corporate building on Madison Avenue. “I don’t have to think about cops no more,” he told me. “I got my 9-to-5, my steady check and my girl at home.” He was worried that his morning in jail, after he’d been arrested for trespassing in his girlfriend’s friend’s apartment building (which he had been invited to, but the cops were having none of that), might jeopardize his job. Another man was concerned that if he didn’t see the judge before the court adjourned for lunch at 1pm he, too, might lose his job.

“The court system reveals its true class hatred by the fact that it’s scheduled to fuck mostly with working class people,” Ashworth said. “The people who are trying to scrape together some lawful existence.”

Ashworth said the majority of the offenders he sees are low-income residents and young men of color who can be arrested for simply walking down the street. “You’re really the exception,” he told me. The New York Times reported in 2011 about the outrageous number of marijuana arrests predicated on minorities emptying their pockets:

About 40,000 people a year — the vast majority of them young black and Latino men — are fed like widgets onto a conveyor belt of arrest, booking and court, after being told to empty their pockets and thus commit the misdemeanor of “open display” of marijuana.

Ashworth did not mince words with his assessment of the police department’s bias. “There’s so many ways to get snagged,” he said. “And what that means is, the officers can pick and choose who is going to pay. They can look at a guy’s car. They can size up who’s inside the car. They make these implicit class and race judgments. And who winds up getting tagged most of the time? Police want a certain class and group of people walking around in a constant state of fear. Always looking over their shoulder. They want, basically, a state of terror instilled in the mindset of certain classes and races and groups of people.”

Nationally, blacks are four times more likely to be arrested than whites for marijuana possession, according to the ACLU. In Manhattan, a young black man was detained for buying a $350 belt at Barney’s with his own money. “I kept thinking, ‘Why is this happening to me?’” he reportedly said. Last year, according to the New York Civil Liberties Union, 56 percent of New Yorkers stopped as part of the city’s controversial stop-and-frisk program were black and 29 percent were Latino. Only 11 percent were white.

While I was waiting to see the judge, a Bronx man, who had just “got back from upstate [prison] 11 months ago,” joked that, “My man here got locked up for jogging in the wrong lane!” While we were sitting on the tile floor of the holding cell, eating apples and drinking cartons of milk, he asked me, “Straight up: What’s it like to leave the house every morning and know there’s no chance you getting locked up that day?”

I didn’t know how to answer. I do know that because I am a white man I get a free pass walking down Nostrand Avenue in Crown Heights, where I live. And I know that I routinely see young black men unjustly harassed by police on that same street. Crown Heights, where my specific Census tract is 75.3 percent black, has one of the higher stop-and-frisk rates in the city — 215 people were stopped on my block in 2011, 527 at the MTA stop four blocks north.

Young black and Latino men account for only 4.7 percent of the city’s population. In 2011, they accounted for 41.6 percent of all stop-and-frisks. And while Mayor Bill de Blasio has vowed to reform stop-and-frisk, that won’t rid the NYPD of its racial animus.

Police want a certain class and group of people walking around in a constant state of fear. I was one of the first called up to see the judge. He dropped my charges before lunch.