When It Comes to Paying for Resilience, What Hurricane? – Next City

When It Comes to Paying for Resilience, What Hurricane? 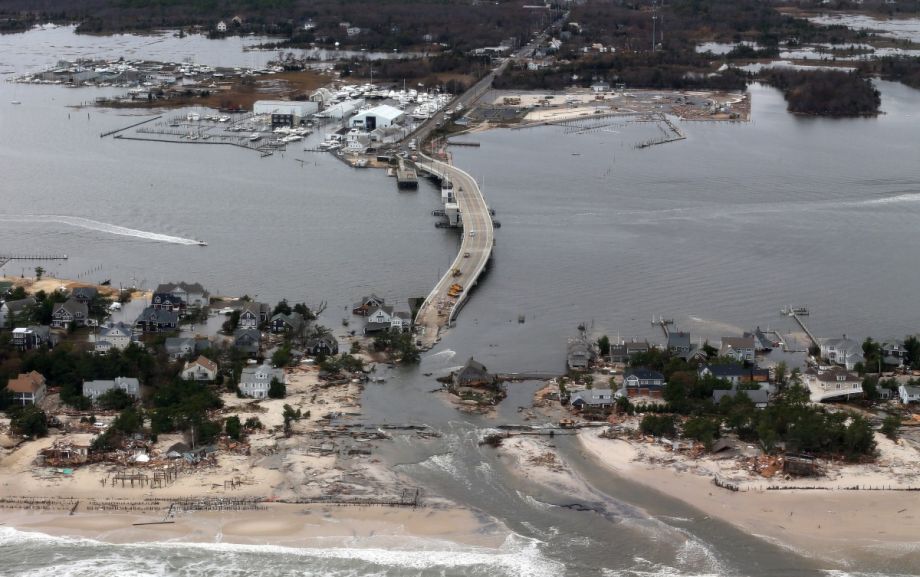 Americans have a tricky will-they-or-won’t-they relationship with infrastructure. There’s an acknowledgment of the need to maintain everything from sewer systems to bridges, but things get cloudy when you start talking how to pay for those fixes.

A new study reports that even four months after Hurricane Sandy — the costliest disaster in New Jersey’s history — residents expressed little to no support for raising taxes to improve transportation infrastructure.

Researchers hypothesized that the recent memory of a major weather disaster would make residents more likely to support such policies.

But while 79 percent of respondents said maintaining roads and transit is “very important,” and 69.7 percent agreed protecting roads and transit from future disasters was “very important,” all of the “tax myself” policies were wildly unpopular. Fifty-four percent of respondents strongly disagreed with raising income taxes, 49 percent squirmed at raising the sales tax, and a whopping 61 percent were against adding a 5-cent-per-gallon gas tax.

The effect was even stronger in the coastal areas hardest hit by Sandy, where researchers expected to find more support due to the immediacy of the devastation. But support was lower for all measures, sometimes with a 20 percentage point difference between inland and shore respondents.

The more liberal and “left-leaning” a respondent, researchers found, the more likely they were to embrace “tax me” options.

“There seems to be — not just among New Jersey’s political elites, but also among its mass public — a ‘kick the can down the road’ attitude toward paying for infrastructure and maintenance,” concludes the report’s author, Robert B. Noland. As for the effect of Hurricane Sandy on public attitudes, he writes, “there does not seem to be any credible claim for experiential learning.”

Researchers did note that respondents’ overwhelming lack of support for the funding strategies could be related to the fact that they weren’t given details about specific improvements. The immediate memory of Hurricane Sandy might have been channeled into support for particular transportation projects, but had no impact on attitudes about broad tax increases for infrastructure.

The study sums it up bluntly: “Even after the most costly disaster in New Jersey history, the New Jersey public deeply opposes tax increases — especially gasoline taxes — but still wants better infrastructure. Unfortunately, there is no way to have both.”