Hunger Is on the Wane Nationwide, but on the Rise in Philly – Next City

Hunger Is on the Wane Nationwide, but on the Rise in Philly 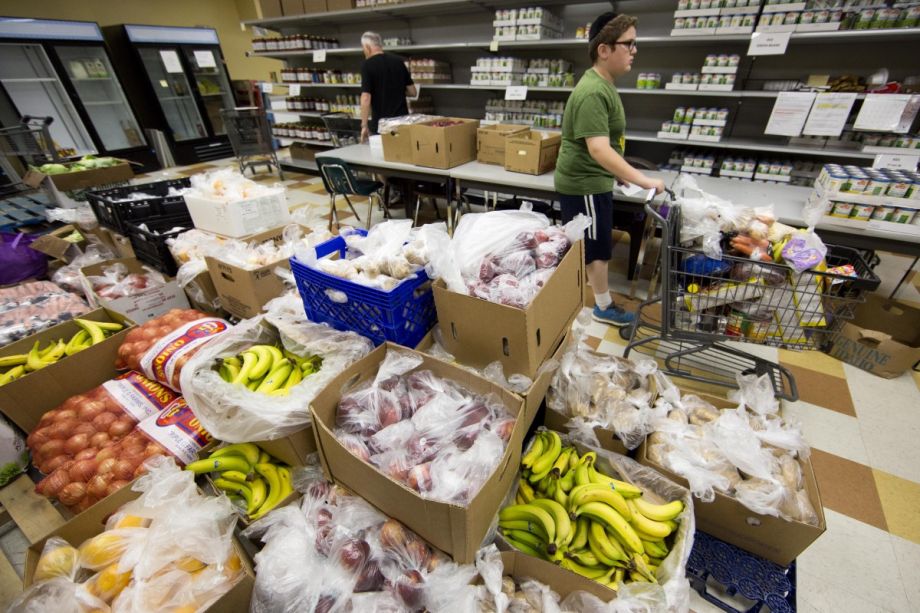 The Mitzvah Food Project pantry in Philadelphia. According to Hunger Free America, in the Philadelphia metro area, about half of food-insecure adults already have jobs. (AP Photo/Matt Rourke)

Even as fewer people in the U.S. are going hungry, hunger in Philadelphia has increased by 22 percent, a new report from Hunger Free America finds.

It’s “the latest example of how Philadelphia diverges from the national mainstream on issues of poverty,” the Philly Inquirer wrote.

In the broader Philadelphia metro area, about half of food-insecure adults were working, but still food insecure.

It’s a slight improvement from last year’s report when Hunger Free America found that 19.3 percent of the Philadelphia population lived in food-insecure households. The national average, according to the USDA, is 11.8 percent of the population. Typically, urban and rural areas have the highest rates of food insecurity, the USDA said.

“A city and region with so many residents unable to afford a full supply of food isn’t truly free,” Hunger Free America CEO Joel Berg said in a statement. “The cost of ending hunger isn’t nearly as high as the cost of accepting mass hunger, since hunger makes it more difficult for children to learn, workers to work, and older Americans to stay independent,” he added.

The hunger rate rising should come as no surprise to observers in the city, since hardship in general in Philadelphia is “out of step” with national trends, the Inquirer said. While the U.S. poverty rate dropped from 12.7 percent to 12.3 percent from 2016 to 2017, Philadelphia’s is at 25.7 percent, the highest poverty rate among the ten most populous U.S. cities. While the national median income rose about $2,000 to $59,039, Philly’s dropped about $2,000, to $39,759.

Ending hunger in Philadelphia would cost $158 million per year, Hunger Free America calculated, by looking at the difference between what non-food-insecure people spend on food and what food-insecure people spend. Berg believes that no charity could afford to spend that year after year, so “the focus…should be on creating jobs, raising wages, and ensuring an adequate safety net,” he told the Inquirer.

Wages might not solve the whole problem. The nonprofit Feeding America calculated that nationally, of the roughly 12 percent of the population that’s food insecure, only 53 percent have incomes that qualify them for SNAP, or food stamps, and a full 27 percent make enough money that they qualify for no federal aid at all.

Donald Trump has called for work requirements to be attached to food stamps, which could lead to higher food insecurity rates and would hurt low-income workers whose employers don’t guarantee hours, experts say.