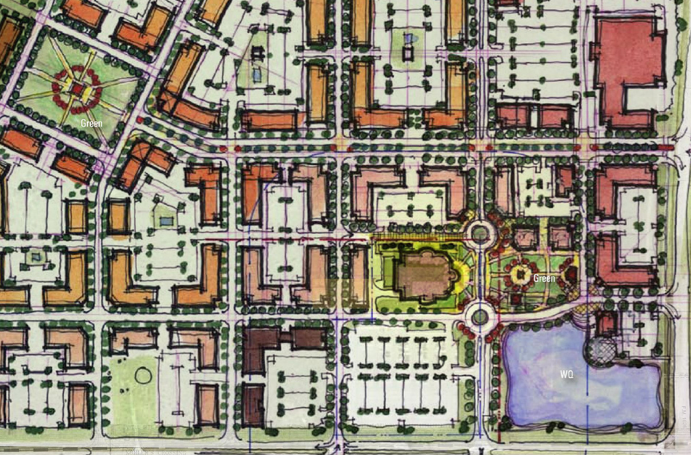 The Obama Administration has been a major promoter of smart growth. Over the past two years, officials in numerous federal agencies have argued that the United States must do a better job to integrate choices about housing and transportation. Headlining this initiative was the creation last year of an interagency partnership between the Department of Housing and Urban Development (HUD), the Department of Transportation, and the Environmental Protection Agency.

Most of these efforts, however, have been made without much of a federal funding commitment, and the truth is that while speeches are nice, money is better.

Thus the truly good news this week that HUD would be releasing $98 million in awards to 45 metro regions with the goal of stimulating better planning. These funds, distributed by the Sustainable Communities Regional Planning Grant Program, will allow cities to better consider how they want to develop over short and long-term periods. Some grants are designed to help regions develop sustainability plans from the start, whereas others will aid in implementation.

None of the money, unfortunately, goes towards actual implementation.

The goals of the winning recipients vary considerably, though they all are supposed to fit broader government goals of encouraging environmentally friendly land uses in which people have access to a wide variety of transportation options. Those are admirable goals that frankly should be standard in every neighborhood, not just those funded with aid from HUD.

Austin, which won $3.7 million, will work with ten surrounding counties to connect housing with jobs, schools, and transportation, under the assumption that these matters can best be handled from a broad vantage point. Similarly, several counties in South Florida united to win a $4.5 million grant under the motto that “partnership” is what is important for sound regional development.

Most interesting, perhaps, was the $5 million grant won by Minnesota’s Twin Cities. There, HUD planning dollars will be used to consider how to build new communities in the vicinity of a number of new transit lines being proposed for the region — several of which are actually funded. This means that planning dollars will go directly towards creating neighborhood plans for areas around future stations, helping to ensure that the people who live there are able to take full advantage of an array of available transportation options.

These grants will not produce groundbreaking plans, and they’re not large enough to go towards the development of any building. There is a large unmet need for aid to construct new affordable housing in many parts of the country, but HUD does not have enough money to actually pay for it, nor does it have the legal authority to compel either cities or private developers to follow through on the plans that have been created. Nonetheless, these grants provide material evidence of the interest of the federal government in promoting the connections between housing and transportation — an essential link when considering either issue.