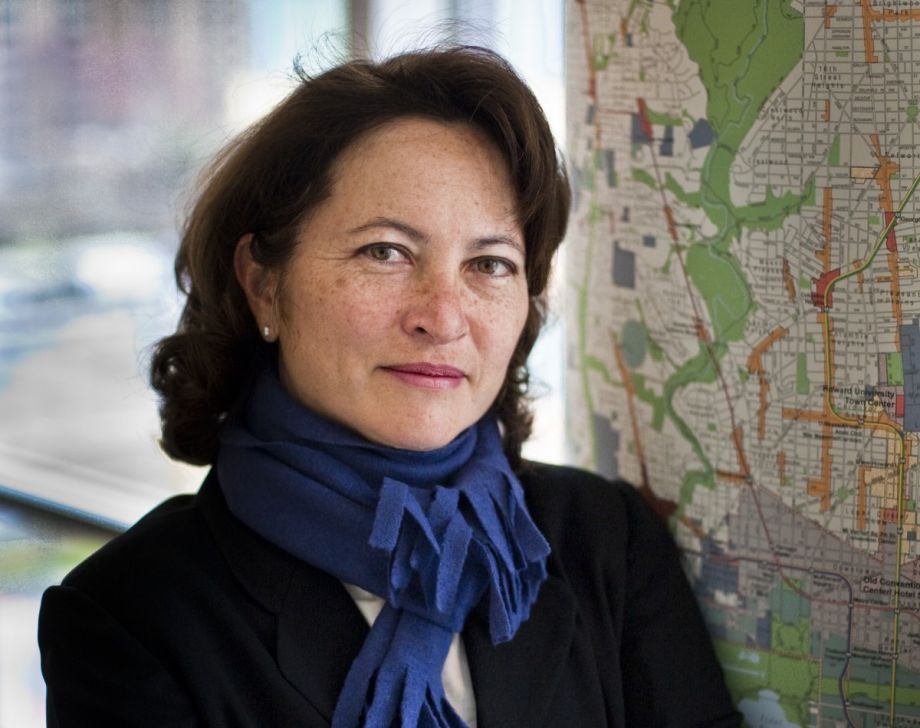 Harriet Tregoning is the principal deputy assistant secretary for the Office of Community Planning and Development at the U.S. Department of Housing and Urban Development. I recently spoke with her about HUD’s “Prosperity Playbook” — the agency’s effort to connect cities and solutions on affordable housing, economic mobility and more. We also talked about Secretary Julián Castro’s feelings about mayors, the power of the Fair Housing Act and why government needs to take risks.

Your boss, HUD Secretary Julián Castro, launched the “Prosperity Playbook” community tour in Kansas City this past February, with subsequent visits to San Francisco, Atlanta, Denver and Minneapolis. What were some of the most interesting things he saw or heard, and what lessons did he take from the tour?
I had the privilege of being there at three of these convenings, so I got to experience the conversations firsthand in Kansas City, Minneapolis and San Francisco, and actually moderated the conversation among local elected leaders and community organizations.

These places were selected on the basis of two things: All of these cities and regions had made commitments to economic mobility and increasing opportunity, and they had demonstrated leadership and solutions to problems being experienced across jurisdictions. They were also experiencing problems that might benefit from the experience of their fellow mayors and leaders around the country, who face similar issues.

HUD’s role is a convener of conversations but also a connector of problems and solutions across the country. A big issue we saw raised was housing affordability — how to provide housing opportunities in high-opportunity neighborhoods, how to connect housing to jobs and transit, and how make those decisions more integral.

I was thrilled to hear your announcement recently at the national American Planning Association conference that APA and HUD are actively collaborating on the Prosperity Playbook. What are some expected outcomes of this collaboration, and what can planners across the U.S. do to advance this project?
We’re really thrilled that APA is one of our partners, as well as Lincoln Institute of Land Policy, National League of Cities and the Rose Center. The idea is that at the end of the day, the Prosperity Playbook will be an online toolkit of best practices drawn from these five regions, as well as best practices from across the country. People would have a place to go to find the most current information about how communities of varying sizes and geographies are addressing similar problems.

We’re looking for planners who are innovating and experimenting with different approaches to address these issues, to engage diverse communities, to add affordable housing. We want them to step forward and share their experiences. [Note: You can email prosperityplaybook@hud.gov.]

I was struck by a recent Harvard study indicating a low-income boy growing up in Baltimore will earn roughly 25 percent less than a similar child growing up in a higher-opportunity community. The idea that ZIP codes are a better determinant of success than ability or achievement is both frightening and un-American. How can a project like Prosperity Playbook produce long-term change needed to create inclusive communities?
We increasingly confront problems like climate change, housing affordability, mobility, economic diversity — problems that all occur on a regional scale. But the way our jurisdictions are organized makes it very difficult to act on a regional basis to solve these issues. One of the really terrific things about the Prosperity Playbook is that we are doing this on a regional scale.

In almost every region, there are places of high opportunity, and more and more local jurisdictions are experiencing suburbanization of poverty. When you say that this idea of ZIP codes as a determinant of success is un-American, I think what you mean is that it’s very much in conflict with the idea in our country that with hard work and a good education, your rise is unlimited. When people are confronted with the data that for generations, mobility and opportunity have been limited by enormous disparities in access, people have a visceral reaction to that. We don’t want our communities to be places that deny opportunities.

What we’re seeing now is a real willingness to come together and have open dialogues about these issues, to collaborate across boundaries to focus on equitable outcomes and greater opportunities for low- and moderate-income households.

Secretary Castro correctly notes that creating inclusive communities is not always popular and can force people to have difficult conversations about class, race and discrimination — some of our nation’s most challenging and unresolved issues. How has HUD set the table for these conversations? What would you say to those who argue this is not a proper role for the federal government?
We have legal obligations under the Fair Housing Act. At HUD, we’ve issued regulations to better implement the 1964 Fair Housing Act, to use data and mapping tools to highlight the disparities we’ve talked about.

We piloted this approach with over 70 regions, and those maps had a significant impact in causing people to confront the lack of opportunity that many neighborhoods were experiencing, galvanizing cities to change their transit funding formulas, reorganize the distribution of housing funding, or in the case of Baltimore, to change the charter of their Metropolitan Planning Organization to include not just transportation, but now regional housing priorities. Many new partnerships have been created to address the expansion of opportunity across regions and HUD is eager to work with them. Secretary Castro actually calls HUD the Department of Opportunity.

What steps are you and others at HUD doing to ensure Prosperity Playbook continues beyond the term of this administration?
This project is the culmination of many investments that HUD and the Obama administration have made over the last seven years. It’s a way of accelerating the pace of changes that are already underway in many communities. It is very personal to Secretary Castro, in part because he is a former mayor. He has recognized the enormous power and ingenuity of our nation’s mayors. Mayors have the ideal combination of competitiveness and generosity. The recent COP21 agreements were enabled and encouraged in part by the engagement of so many mayors around the world. So part of the legacy of this project is establishing a different kind of relationship between federal and local government, realizing that federal programs need to be responsive to local needs. We want to highlight those lessons and accelerate the adoption of those responsive and locally tailored practices.

You’ve had an amazing and diverse career in planning on the federal, state and local levels. What lessons do you take from these experiences to empower mayors to produce social, economic and environmental change?
I think the largest lesson is that we ought to try to harness what each level of government does best, and deploy that in pursuit of the very tough problems we’re facing.

Government is not perceived as being tolerant of failure, or of being capable of taking the risk of trying something new. But the only way we’ll get better outcomes is if we do experiment with different approaches, and so we have to be willing to innovate at every level of government and tolerate limited, managed experiments, which may fail but will ultimately produce better programs.

Mayors are doing a great job of leading the way there, in the sense that innovation has become a brand for so many cities. It’s paying off in terms of the people and employers they are attracting because they’re willing to be on the forefront of what seems like inevitable change.