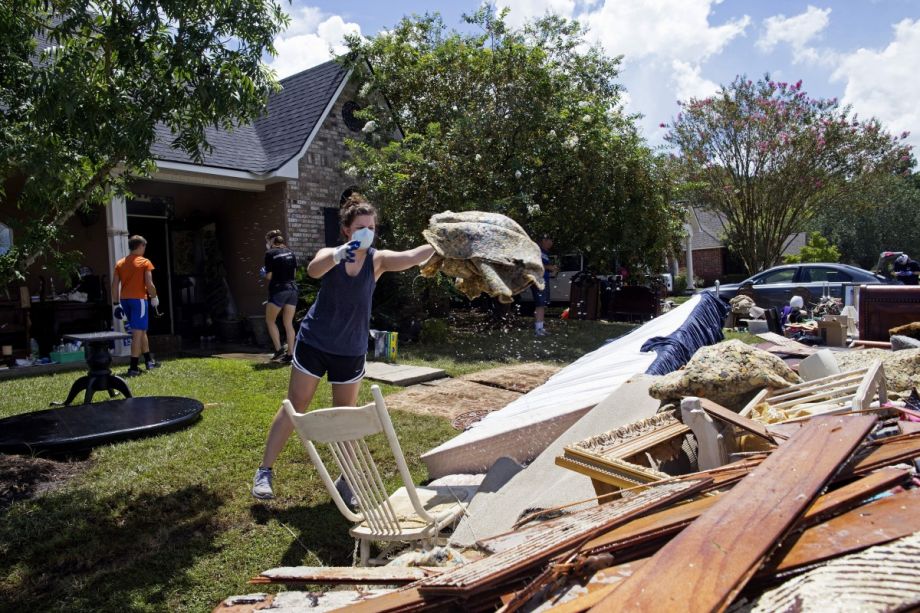 At least 40,000 homes were damaged and 11 people killed in a thousand-year flood in Louisiana earlier this year. (AP Photo/Max Becherer)

Drawing on lessons learned from Hurricane Sandy, HUD proposed new standards last week that aim to increase the resilience of its properties. Under the proposed rule, properties seeking HUD assistance or FHA mortgage insurance would need to be elevated two feet over the site’s base flood elevation. “Critical” properties, such as hospitals, nursing homes and fire stations, would be even higher: three feet above base flood elevation.

“Our nation is faced with mounting and compelling evidence that future flooding events will be increasingly costly and frequent,” said HUD Secretary Julián Castro in a statement. “If we’re serious about protecting people and property from flooding, we have to think differently than we did 40 years ago. Today we begin the process of aligning our regulations with the evidence to make sure taxpayer dollars are invested in the most responsible and resilient manner possible.”

The proposal has its roots in a 2013 requirement by the Hurricane Sandy Rebuilding Task Force that all federally funded Sandy-related rebuild projects take into account the risk from worsening extreme weather events and sea level rise. In his Climate Action Plan and subsequent executive orders, President Barack Obama directed that federal agencies scale up this policy nationwide so that federal funding isn’t wasted on the same ill-fated structures disaster after disaster. This year alone, the U.S. has experienced two thousand-year floods.

The proposed HUD rule would also require that the ground floor of new or substantially renovated single-family homes in public housing developments or with FHA mortgages be elevated at least two feet above base flood elevation.