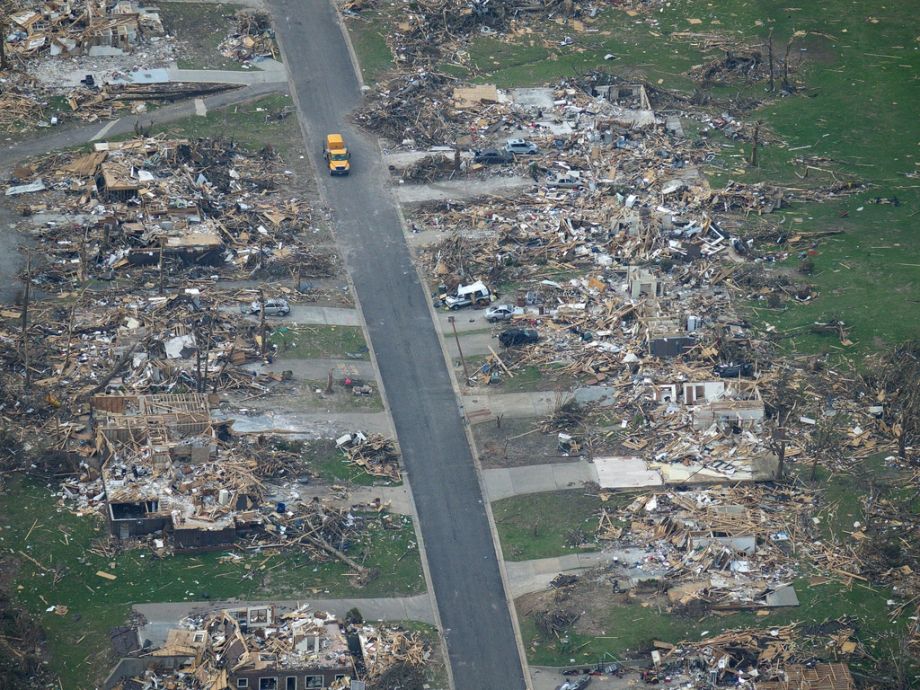 HUD’s latest competition is targeted toward communities that suffered a major disaster in recent years, like Joplin, Missouri. (Photo by “Bob Webster” via Flickr)

The latest contest in the federal government’s new competition-based approach to disaster resilience was announced today, this one aimed at communities recently struck by catastrophic events.

Called the National Disaster Resilience Competition, the initiative puts $1 billion up for grabs to the 67 communities that suffered a Presidentially Declared Major Disaster from 2011 to 2013. The money will fund “the implementation of innovative resilience projects to better prepare communities for future storms and other extreme events.”

All entrants must tie their project proposals directly back to the catastrophe from which they’re recovering — for instance, an applicant from Joplin, Missouri would have to submit an idea linked to the tornados that devastated that city in 2011. Approximately $180 million of the $1 billion is reserved for places affected by Hurricane Sandy specifically. It’s unclear how the remaining $820 million will be divvied up.

The specifics of the competition, sponsored by the U.S. Department of Housing and Urban Development, are still somewhat thin; more detailed requirements for application will be made available soon. But the announcement did emphasize that entrants should not only focus on recovery from the previous disaster, but also on preparation for future catastrophic events, as well as institutionalizing the very idea of resilience in their community going forward. The competition will span one year and split into two phases. The first phase will focus on risk assessment and planning, and encourage widespread participation. The best entries from phase one will then be invited to continue on to phase two, which will address design and implementation.

The contest comes on the heels of HUD’s Rebuild by Design competition, which funded, among other projects, a proposal for a $335 million protective berm along Manhattan’s Lower East Side. That competition seemed to signal a new philosophy for federal disaster funding, in which teams of people and organizations pitch ideas for what kind of relief and resilience measures their communities need, rather than the government simply imposing its own solutions from the top down. If this latest contest is any indication, that new paradigm is evolving from experiment to policy.