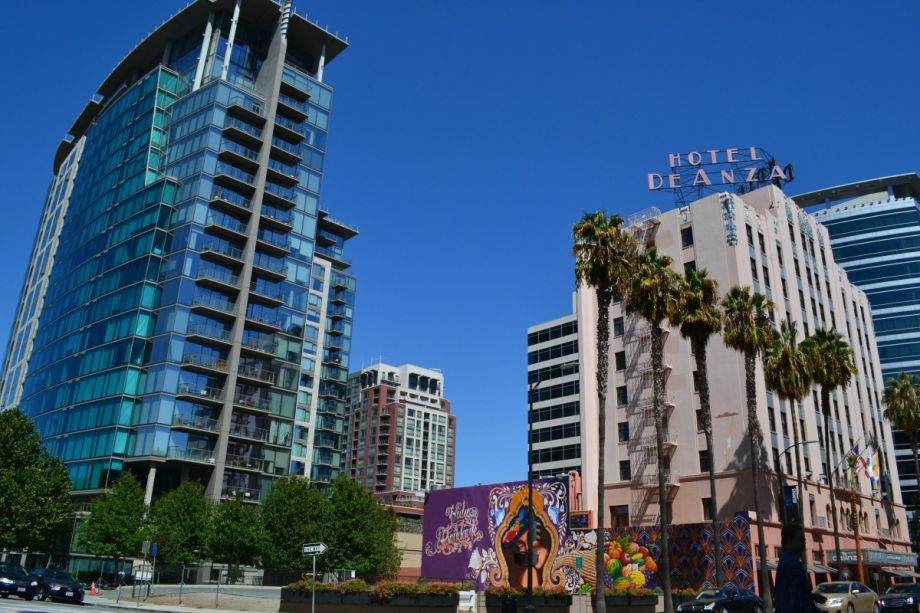 Since the pandemic struck, the affordable housing crisis troubling so many U.S. cities has been threatening to exacerbate an already widespread health emergency as more people than ever face the possibility of losing their homes.

The importance of housing stability in improving health outcomes is well understood, but the pandemic increased the visibility of the connection. The looming crisis is so urgent that the Centers for Disease Control and Prevention (CDC) took the unprecedented step of issuing an order temporarily halting residential evictions for nonpayment of rent until January 1, 2021, as a measure to help stem the spread of COVID-19.

In these extraordinary times, two California — San Jose and Stockton — are working to help renters, owners, and people without permanent shelter deal with the pandemic’s outcomes.

Who is at risk?

The effect of the pandemic on the economy has meant that many renters, homeowners, and landlords are unable to meet their housing costs as income disappears. As of mid-September, 10 to 14 million renter households nationwide were behind on their rent by roughly $12 to $17 billion, according to a report from the National Council of State Housing Agencies. The report also estimates that as debts compound, these households will owe between $25 to $34 billion by January when the CDC’s nationwide eviction moratorium expires.

People who typically own single units, homes, and duplexes, sometimes called “mom-and-pop landlords,” are facing hard times, as well. Almost half of the rental units in the U.S. are owned by individuals, according to a report in Time, and more than half of renters whose wages are most vulnerable because of the pandemic live in single-family and small multifamily rentals with four or fewer units, according to Harvard University’s Joint Center for Housing Studies.

UC Berkeley’s Terner Center for Housing Innovation partnered with the National Association of Hispanic Real Estate Professionals (NAHREP) to poll NAHREP members. Nearly 40 percent of landlords surveyed said they were unsure that they would be able to cover their costs for the next quarter.

A known problem gets bigger

In Stockton, affordable housing has been a longstanding issue for the city. “We are located not far from San Francisco and Sacramento. We have some of the fastest growing housing prices, but not the earning capacity of those areas yet. We had already started making housing and homelessness issues high priority,” Vargas said.

When March came, as workplaces shut down and business ground to a halt, Stockton quickly established a wide-scale eviction moratorium preventing renters from being evicted, as well as one that protected small businesses from being evicted.

The city followed with a fund in mid-April that focused on providing grants to local nonprofits to help them support vulnerable city residents during the pandemic. Renters and homeowners with incomes below a certain amount could apply directly through the city’s portal for grants of up to $3,600 for renters and $4,800 for homeowners per household to support up to three months rent. The city also worked with community partner El Concilio, an organization that is connected to Stockton’s sizeable Spanish-speaking community, to alert communities about the available rental assistance. As of December, Stockton residents have received more than $4.2 million in rental and mortgage assistance.

Stockton’s population falls under the 500,000 threshold that was required for a municipality to apply directly to the federal government for funding, but Mayor Tubbs made a strong case for the city to the state government, and Stockton received just over $27 million from California’s CARES act funding. The city spent $2.9 million of that allocation on housing and homelessness.

In San Jose, the city established what Rachel VanderVeen, deputy director of the city’s housing department, remembers as the first eviction moratorium in the country, if only by a matter of days. The city council voted it in on March 17, and it became effective the next day.

“Our work then evolved into trying to anticipate the needs of our residents going forward,” said VanderVeen. “We really stepped forward and tried to figure out how to address rent relief.”

To provide immediate funds, the city developed a public-private partnership, San Jose Strong, in March that tapped into the wealth of the area’s business community, which has a strong technology base. Companies donated, and families could apply directly for housing assistance. The need was so great, VanderVeen said, that the $10 million San Jose Strong raised for housing support was depleted within a week and a half.

The housing department then worked to determine who was in the greatest need and why. Turns out gig workers, contract workers, and those informally employed — including undocumented workers — were finding it harder to get aid, as they weren’t eligible for unemployment or the one-time payments dispensed to individuals by the federal government. San Jose has approximately 200,000 undocumented residents in the city and surrounding area.

“As we raised more money, we tried to make sure that our most vulnerable workers were getting access to those funds, as they would not be able to access most federal programs,” VanderVeen said. Local nonprofits were what VanderVeen calls the “hands and feet” dispensing the assistance. For example, Destination: Home, an organization dedicated to supporting people experiencing homelessness, received $7.85 million from San Jose to help people in need pay for food, housing, and other assistance.

FUSE fellow Lorie Fiber began working with the San Jose housing department in May. With colleagues, she compiled a major report that cited a loss of more than 52,000 jobs in San Jose from March to June of 2020. Released in August, the report found that Latinx and other communities of color are disproportionately represented in the job sectors most affected by the pandemic and would be at greatest risk of eviction without an eviction moratorium, which the city then extended.

“I’ve long believed in the idea ‘housing is health’—what medical experts refer to as a social determinant of health. The pandemic has brought this idea to the forefront of our collective consciousness, and the data reveal the connections between housing, health, and other social determinants, such as income and education,” Fiber said.

The San Jose housing department has provided more than $25 million in rental assistance, most of it requested by tenants and paid directly to landlords by requirement. Awards are being distributed based on evaluation of vulnerability and need. “We had a two-priority objective, to maintain the stability of housing, but also to provide assistance to landlords who are continuing to house people,” said VanderVeen. “We have had multiple landlords reach out saying, ‘Where can we get help? I care about these people. I want to help them out. Where can they get assistance?’”

Providing rooms for people without homes

To help address the need for more shelter, Stockton worked with the state to deploy recreational vehicles to the Stockton Shelter and to Dignity’s Alcove to assist veterans without housing. Within a month of the Project Roomkey announcement, Stockton was also able to invest $650,000 provided by the program for a contract with Motel 6 to safely house people without a home.

In June, the state created a similar program, Project Homekey, allowing cities to apply for funds for permanent housing. FUSE fellow Anjali Menon, who was brought in to help the city strengthen its affordable housing programs, worked as the project manager for Stockton’s successful application. “The mandate was to come up with a project that can house people without shelter who are at risk of COVID in 90 days,” she said.

In September, Stockton received a $4.3 million Project Homekey grant from the state, which it is using to buy and refurbish a hotel into permanent supportive housing. The city expects to be able to house people as soon as December and complete the full renovation by the spring, helping the city get closer to its goal of functional zero for chronic homelessness.

Stockton is also moving ahead on projects that were in the works before the pandemic, including a partnership with the state to develop affordable housing on excess state-owned land. In January, the city announced the winning developer, and construction on the modular multifamily housing project is underway. It is being built in downtown Stockton and will provide nearly 100 units planned to have energy efficient electric appliances, rooftop gardens, and solar panels.

Despite all these efforts, Vargas stresses the need for another federal aid package to address immediate needs. “The CARES Act funding has to be expanded by the end of the year,” Vargas said. “The initial federal aid package was very limited, and those funds will be consumed. The question is what will we do afterward?”

In San Jose, the tech industry and the financial industry have remained strong, and the construction industry is also thriving. But in the hospitality industry, including event spaces and theaters, jobs still haven’t come back. “Are these people going to be able to get back to work or not?” said VanderVeen. “It’s not a straightforward question.”

Fiber said that when you step back and look at the data, you can see the havoc that the pandemic has wreaked on certain industries and the economy. “The cycles of businesses opening and closing and reopening combined with disparate shelter-in-place directives have created a chaotic effect on the economy,” she said.

In San Jose, data shows that the three hardest-hit sectors are hospitality, retail, and manufacturing — industries that generally employ low-wage workers. “When people have lost their income so immediately, they’re going to have a difficult time paying rent,” VanderVeen said simply.

Fiber concurred. “In the data, you can see the impact on sectors that are the most hit. It’s compelling and it’s sobering, especially when we stop to remember this is not a theoretical exercise,” she said. “It’s real, and the hurt is happening in real-time to our neighbors and friends and family.”

For now, the city will continue to help protect residents to the best of its abilities, but the budgets of local governments are also getting hit hard by the economic impact of the pandemic. So the future remains unclear. “Are these businesses going to come back?” VanderVeen said. “For us the long-term concern is, ‘What is the depth and breadth of this economic recession?’”

K.A. Dilday is a FUSE contributing writer and a New York based journalist. She has held staff positions at The New York Times, CityLab, and Essence Magazine.