How Tulsa Is Reconnecting Immigrants and Refugees to High-Skill Careers 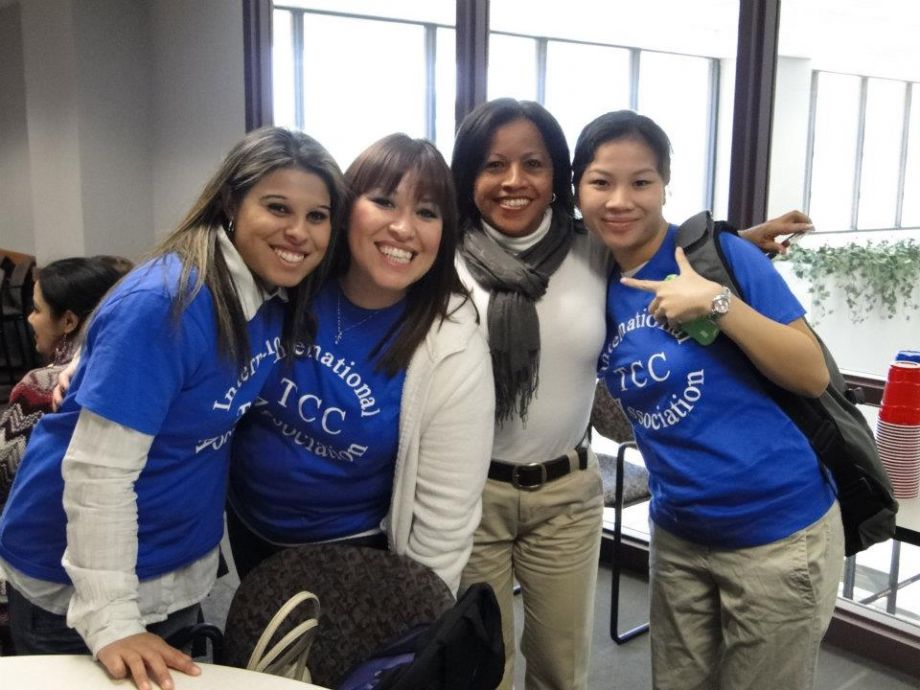 While living in Colombia, Martha Isabel Zapata studied and became a psychologist. But when she came to the U.S., her degree didn’t transfer and she was unable to practice.

Zapata went back to school, earning a master’s degree in organizational dynamics and a Ph.D in human development and family science from universities in Oklahoma. “One of the things that happens as an immigrant is you often do not know what you do not know,” she says. The systems in the U.S. may be very different from a similar system in an immigrant’s country of origin. Starting to figure out how to navigate the systems such as health, education and finance may be a challenge, on top of possibly having a language or other barrier.

“People who grew up here, it may be different, because maybe your parents knew about it. As an immigrant, you don’t have that,” she says.

One system that Zapata is working to help others navigate is education and workforce development. An initiative through the City of Tulsa called Flourish Tulsa seeks to help internationally trained immigrants and refugees find employment that matches their skills through determining and evaluating their university and other credits. It also seeks to improve cultural competency for employers.

“Working in the United States can be different than working in your country of origin,” notes Zapata, who is among a coalition of partners working with the City of Tulsa on the program.

Tulsa was among eight state and local communities to be selected at the beginning of 2020 to take part in the Skilled Immigrant Integration Program at World Education Services. The program started two years ago and has the goal of better integrating the skills and talents of immigrants into local economies. The City of Tulsa receives technical assistance, monthly calls and trainings, and takes part in a national convening.

Flourish Tulsa has three goals: Provide resources for potential immigrant and refugee employees and employers to determine which credentials can be transferred in the U.S.; create career pathway guides that identify careers for internationally trained immigrants and refugees; and offer cultural competency trainings for employers. Flourish Tulsa defines a skilled immigrant or refugee as an individual with a post-secondary degree or professional experience working abroad as well as someone looking to advance their studies to work in their career field in the U.S.

According to the Migration Policy Institute, 2 million immigrants with college educations are working in low-skilled careers or unemployed. A few factors drive this so-called “brain waste:” a lack of recognition of international credentials; a lack of experience working in the U.S.; limited English proficiency; and low social capital.

That’s where Flourish Tulsa comes in. It aims to help immigrants and refugees pursue transferring their credentials from abroad — if possible — as well as provide career pathway guides to educate about what credentials and experiences are needed for certain careers.

According to a research brief examining Tulsa County, in 2018 there were more than 55,000 immigrants residing in the county. Of those, about 32% had limited English proficiency, with Spanish, Burmese and Vietnamese the top languages other than English spoken at home. In 2015, more than 21% of immigrants in Tulsa had at least a bachelor’s degree, according to the New American Economy.

One component of Flourish Tulsa is creating career pathway guides. The plan is to have guides that focus on careers in education, engineering and mental health, Calvillo said.

The first guide will focus on education, and representatives from Tulsa Public Schools, charter schools and teachers who are immigrants and those who want to become teachers will provide input, she said.

Those sectors were selected, Calvillo said, because a coalition partner, Tulsa Community College, had information that showed which degrees individuals enrolling in English as a Second Language courses came to the school with already. (According to data on immigrants, refugees and asylees who took TCC’s free English proficiency exam since 2017, 73% have completed high school; 25% have a bachelor’s degree; 22% have a master’s degree; and 19% have professional certificates.)

“We took that and we saw that many were professionals in education, engineering and mental health,” she said. “And also, in regards to education, there is a need for more educators here in Tulsa, so also meeting those sector needs.”

In Massachusetts, Emmanuel Owusu, an African immigrant in the Boston area, co-founded the African Bridge Network in 2015 to help other immigrants with professional culture in the U.S. “The earlier we get folks in, the better,” Owusu says in a blog post. “We are trying to reduce the number of years it takes individuals to build a career in the U.S., as well as the trial and error that costs them time, effort, and financial resources.”

Chisom Onyekaonwu is an alumna of the program. She came to the U.S. from Nigeria in 2016 and earned a master’s degree in finance at Brandeis University. She already had accounting experience in Lagos and a business degree, so she expected the process in the U.S. to be fairly seamless. But, she said in the post, she had trouble connecting with employers. An African Bridge Network workshop helped Onyekaonwu understand that although her style was deemed professional in Nigeria, it sounded “robotic” to American ears. She ended up taking part in practice interview sessions and landed a job with Ernst & Young.

Zapata, for one, believes a program like Flourish Tulsa will help both the immigrant or refugee as well as the city.

“Flourish Tulsa can help this segment of the population contribute even more,” she said. “Which is what at the end of the day immigrants want. They came here to give back to this community - to contribute to our community.”