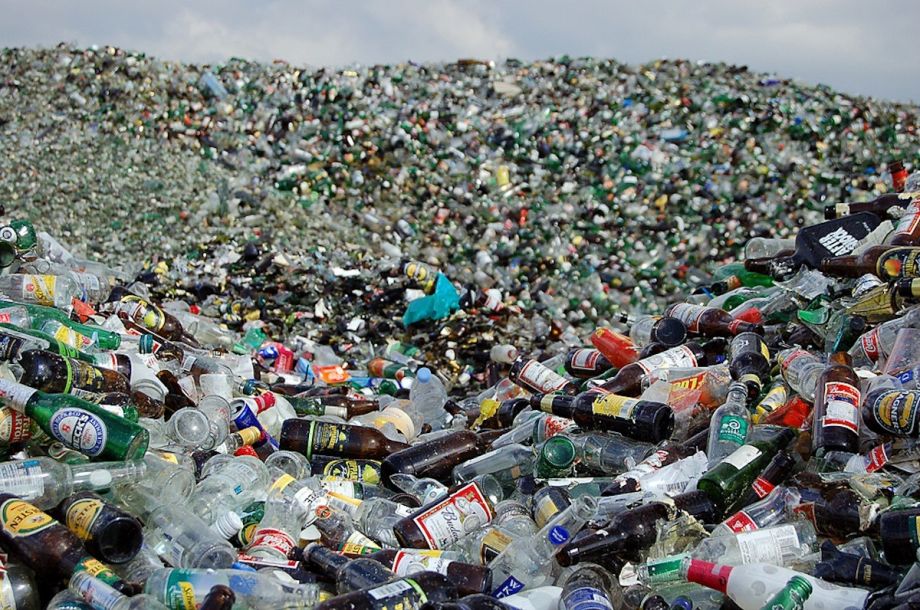 A truck that appears to be thickly overgrown with fig ivy? Another in a woodgrain design, created with photos from scrap materials, that make the truck look like an old-fashioned wooden toy?

This isn’t your normal sanitation service. In Houston, the trucks rolling down the street to pick up your curbside recycling are more like mobile works of art.

Well, six of them are. The new artsy recycling trucks are the result of a collaboration between the Houston Arts Alliance and the city’s Solid Waste Management Department. Local artists and designers, each chosen through an open-call process, claimed one truck apiece to make their own. They styled them according to themes like “Patterns of Consumption” (X-ray blueprints of recyclables fashioned into a mandela pattern); “Recycled City” (manipulated photos of steel I-beams twisted by Hurricane Ike); and “Mad Tax Beyond the Astrodome” (referencing the vacant sports arena, which may be Houston’s most challenging recyclable). Together, the mini-fleet — which is expected to be on regular routes for at least seven years — celebrated their service with a parade through Houston’s Museum District earlier this month. Two more trucks are expected to be unveiled soon, and more may come.

The art trucks are part of a big push forward in curbside recycling in Houston, a city that, for most of the last century, was most well known for its oil industry and sprawling landscape. Mayor Annise Parker is one of the leaders who has worked to re-orient Houston as a meaningfully green city through multi-modal transit, a “Complete Streets” program, sustainable infrastructure and the revival of the city’s network of bayous. (I’ve written about this “lone-star progressive” here.) And the city is making it significantly easier for residents to recycle. The waste management department’s director, Harry Hayes, told Your Houston News that when the current expansion is complete at the end of the year, “the City will be providing single-stream recycling to the entire 640-square mile service area, which incorporates approximately 380,000 homes.” Hayes added that the art trucks are intended to ignite public attention to the work or repurposing materials that would otherwise be trash.

This melding of art and recycling — or creativity and utility — isn’t just native to Houston. Up north in Detroit, which is the largest major American city without a comprehensive curbside recycling program, residents drop off their reusable goods to Recycle Here! — a non-profit sorting center that started as a neighborhood solution to the lack of recycling options in the city. Over the years, it has grown substantially in capacity and popularity. Driving one’s plastics and metals over to the Holden Street warehouse, and individually sorting them among the giant containers, could be a Saturday morning chore.

But Recycle Here! enlivens the experience through art; as in Houston, it’s a way to inspire public enthusiasm for the hard work of repurposing waste materials. The center itself has a DIY vibe: It is painted with murals, and in the neighboring Lincoln Street Art Park, it is indicated by colorful sculptural art created with found materials. The center has also been a performing site for musicians with the Detroit Symphony Orchestra. This summer, it staged performances by Shakespeare in Detroit; a production of “Antony and Cleopatra” made use of recycled material for costumes, sets and props, sourced right from the collection bins.

“We try to have people take ownership of their waste,” Matthew Naimi, Recycle Here!’s owner and founder, told MLive. “How do we reward people who take time out of their day to come to the recycling center?”

Altogether, this has become much more than a drop-off station for trash. And, along with Houston, it is evidence of what 21st-century recycling can look like: efficient, yes, but also imaginative, playful and artistic. This is worthwhile on its own terms, but when it comes to the need to inspire more people to do more recycling, the stakes are high. While recycling has grown significantly since 1980, the U.S. only recovered about 34 percent of waste materials in 2009, according to Keep America Beautiful. (The U.S. Environmental Protection Agency estimates that about 75 percent of solid waste materials can be recycled.) That modest rate has held steady since the late 1990s.

But whether you are in thriving Houston or cash-strapped Detroit, there are untold ways to enliven recycling, making it easier to do and even fun. And when you do, you are, in effect, making the means of a recycling program match the ends: using the process, as well as the product, of recycling to create something new.