How to Fund a Land Bank With Value Capture – Next City

How to Fund a Land Bank With Value Capture 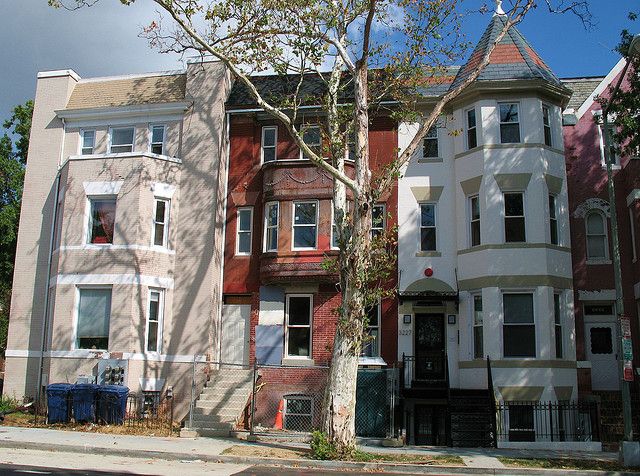 A well-designed land bank can be a great tool for depoliticizing the management of city-owned properties and streamlining the acquisition, renovation and resale of properties acquired through tax foreclosure. But as with many worthwhile projects, coming up with the funding is tricky.

It’s especially difficult to come up with public funding in cities that need a land bank most, since having a large number of vacant properties is already a drain on their budgets. A single foreclosed property can cost a community around $20,000 a pop by some estimates. There’s not a lot of extra money laying around in these places to fund a land bank’s operating budget.

I caught up with Steven Paul Coté, executive director of UpLifting Lives and US Land Bank, after a “Land Banking 101” session yesterday to talk about his creative idea for getting around this problem.

Next City: You suggested we could fund land banks by capturing some of the tax revenue from restored properties. How would that work?

Steven Paul Coté: When you set up a land bank — a governmental type land bank — and you solve the problem on a particular piece of property, especially a shopping center or a commercial property, you ask the assessor’s office to provide you 50 percent of the tax revenues that you helped create for a five-year period of time.

NC: Sort of like tax increment financing, when a government takes some of the new money from development

Coté: Sort of. When you have a non-performing asset, the assessor’s getting nothing from that. When the land bank turns that property around, they’re going to get some tax revenue. Let’s use a simple example. Say it’s a $10,000 tax bill on a residential property. You want to ask for 50 percent of that for five years. So, your land bank would receive $5,000 a year from that property for the next five years as a way to fund the bank.

NC: How do we persuade assessors to part with that money?

Coté: You have to make the case to the assessors that this is new money. They’re getting revenue they weren’t getting before, plus you’re saving the city money on police calls and fire safety issues associated with vacant properties.

An assessor knows that when you improve the value of the whole street, and then you reassess, the value goes up. When you have a vacant property on the block, other homeowners will often challenge the city’s assessment to try to get a lower tax bill, since they know those blighted properties bring their values down. Turning around blighted properties with the land bank is a way to stave off some of these challenges.

NC: Can this be accomplished at the municipal level, or does it require state enabling legislation?

Coté: Generally the state legislation drives what you can ask for. Fortunately, a lot of times they insert provisions for sharing the tax revenue with the land bank for a period of time. So if you’re drafting legislation, put that in there. It’s a very powerful tool to sustain a land bank.