How to Be an Anti-Racist Bank – Next City

How to Be an Anti-Racist Bank 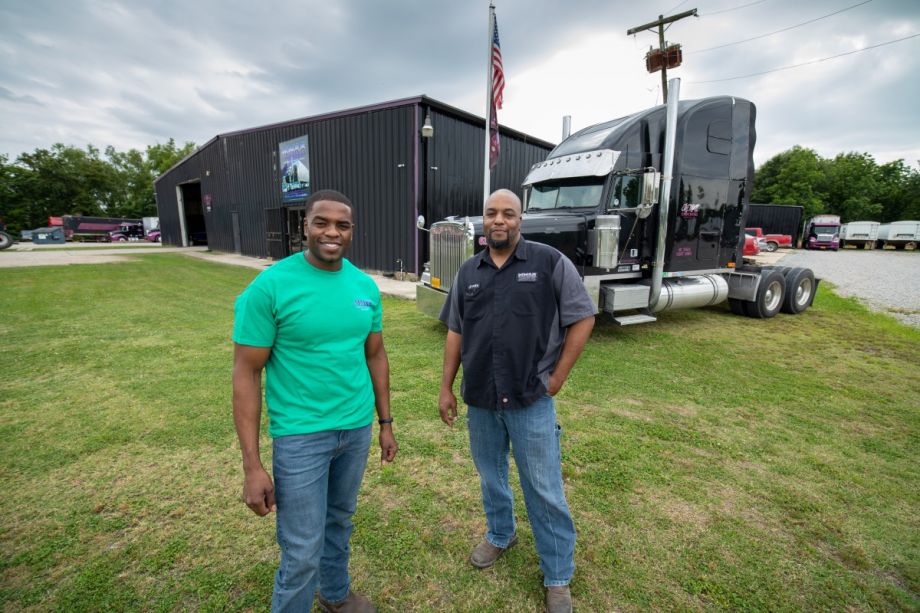 Darrin Williams was already out sick for a few days — not Coronavirus-related — when Minneapolis police officers killed George Floyd.

“I overdosed on news around George Floyd,” says Williams. “That was not helping at all for me.”

Williams, who is Black, has a 21-year-old son and a 20-year-old daughter. “Every Black parent has to have that conversation about the police with their kids,” he says.

He is also the CEO of Southern Bancorp, a bank with $1.5 billion in assets, serving small cities and rural areas of Arkansas and the Mississippi Delta region.

“I knew we needed to make an internal statement to our team,” says Williams. “But with my roller coaster of emotions from fear, frustration, anger, even optimism because of the demonstrations, I could not draft an appropriate statement.”

Williams went through revision after revision. The statement he finally sent out to his team, on June 17, was version 13.

“The same pervasive systemic racism that has allowed many police departments and criminal justice systems across America to ignore the pleas of Black families who have long suffered from police brutality is also the root cause of many of the disparities we see among races in many facets of life, from education, to healthcare, to wages and wealth, and access to financial services,” the statement read.

Southern Bancorp is just a bank — or technically, a bank holding company, a bank, and an affiliated nonprofit. Banks didn’t create systemic racism by themselves, and they won’t solve it by themselves. But banks have played an important role in creating and sustaining systemic racism, and Williams still believes they can play a role in ending it.

“[The bank’s founders] specifically chose to work in the Arkansas Delta because of the large number of Black people there who had long suffered from the lingering effects of slavery,” Williams’ statement continued. “It is this same founding purpose that we must continue to embrace today to help our communities and this nation recognize the fact that it will take more than words for our country to live out its constitutional promise, that we are all created equal. It will take intentional action to destroy and dismantle systemic racism.”

Since its founding in 1986, Southern has sought to take actions intended to help undo systemic racism, starting with its original geographic scope of serving the Arkansas and Mississippi Delta.

The building has been remodeled and changed hands multiple times, but there has been a local bank branch at this location in Arkadelphia, Arkansas since 1884. (Photo courtesy Southern Bancorp)

Some actions are obvious, such as being intentional about diversity in the bank’s leadership. Of the bank’s 12-member board, half are Black, half are white, and three are women. Then there’s Williams, a lawyer and former state legislator whose career before coming to Southern involved filing class-action lawsuits against big banks for predatory practices, working with the law firm Carney Williams Bates Pulliam & Bowman from 2000–2013.

“In my role as CEO, I feel like I’m the chief protector of the culture so that we don’t lose sight of our margin and our mission,” says Williams. “The front wheel is our mission wheel and it directs us, keeps us on the path, and the back wheel is the margin wheel that keeps us moving on the path. Sometimes this organization isn’t always doing that, honestly, and it’s my job to make course corrections when necessary.”

Corporate culture matters a lot at a bank. Leaders at the top broadcast signals that others tend to follow, even without direct orders from the top. An internal review of Wells Fargo found that the bank’s internal “sales-oriented culture or a decentralized corporate structure” was at the heart of its fake accounts scandal that erupted in 2017, CNBC reported.

Changing the corporate charter was important for Williams as CEO. A big part of his job consists of going out to raise investor capital to grow the bank. Based on his previous legal experience, he knew that one way to stop profit-hungry investors from suing his bank for putting mission ahead of profits was giving other investors the power to sue his bank for putting profits ahead of mission.

“It was important for me as a former securities litigation attorney that we had this protection in place so our board wouldn’t be sued by some rogue investor because maybe we’re doing small loans and that means we’re not maximizing their profits,” says Williams.

Williams then has to go out and find investors who would be willing to hold the bank accountable for meeting its social goals. Community banks can usually go to other businesses in their community to raise any equity capital they need to grow. But when you are serving one of the most persistently poor regions of the country, that’s just not a very deep bench.

“In 16 markets we serve we’re one of two banks in town, in six markets we’re the only bank in town,” Williams says.

Williams has had to go beyond the Delta to find much of the bank’s equity investors. He just closed a campaign to raise $35 million in equity investments for Southern Bancorp, coming from two larger banks, a major national insurance company, and other investors including a group of overseas investors. Fortunately, Williams only needs so much — the way banks are structured and regulated, every dollar of equity investment into a bank enables up to $10 in new loans. So he can still afford to be selective about who he takes investment from.

“We’re very careful at our investor outreach and marketing and pitching to investors to be front and center of who we are and what we’re trying to do,” says Williams. “Investors are vetting us, but we’re vetting them, too. A few investors were interested in us but we said no. At the end of the day, some of these private equity funds might be well-intentioned but they weren’t a good fit for us.”

The bank’s legal structure and like-minded investors complement and protect a corporate culture that’s intentional about the bank’s end vision — contributing as a bank to undo the legacies of slavery, Jim Crow, the Black Codes, redlining and other vestiges of history that characterize the Arkansas and Mississippi Delta region.

“Race is not well below the surface, it’s right on top of the markets we serve,” says Williams. “The economies of the Delta never got over the mechanization of the farm. At first you needed labor to get your crops in, but when the farms mechanized, some [people] left [and] ended up in Chicago and other places, but a lot stayed and never got retrained or given opportunities to do other things.”

Despite serving such a poor region and intentionally seeking out the most vulnerable in that region to serve, the bank doesn’t see an unusual number of borrowers defaulting.

“We’ve found in these markets we serve one thing that makes a part of our secret sauce is that our loan officers grew up in these communities, they know who will pay them back, and in small-town America not paying a loan back isn’t just a knock on you, it’s a knock on your family,” says Williams.

It also helps to have a nonprofit affiliate as part of the bank’s structure. Known as Southern Bancorp Community Partners, it can fundraise from public and private sources to help with down payment assistance and homebuyer counseling for prospective borrowers. As an internal rule, Southern Bancorp pays out one million dollars a year directly to the nonprofit, which also owns a five percent share in the bank — meaning the nonprofit gets an additional contribution whenever the bank pays out dividends to its shareholders.

There’s no one way to run an anti-racist financial institution. Hope Credit Union, which also serves the Mississippi Delta region, has its own way of tackling the legacy of slavery and Jim Crow and redlining. There are also still Black-owned banks around the country, though their numbers continue to dwindle — and as others have pointed out, Black-owned banks are subject to many of the same systemic racial barriers as their clients.

Southern Bancorp represents a broader collective effort aimed at undoing the legacy of systemic racism. Its founders were a group of philanthropists and public officials, including then-Governor Bill Clinton, who were inspired by the work of another anti-racist bank, Chicago’s South Shore Bank, established in direct response to redlining on the South Side of Chicago.

The actions that are available to anti-racist institutions also evolve over time — Southern Bancorp was founded in 1986, but Arkansas didn’t have an option to incorporate as a benefit corporation until the state passed legislation for it in 2014. Investors today are also becoming more intentional about their decisions, giving the bank more options to raise capital to fuel its growth.

The choices to make aren’t always so crystal clear. Southern Bancorp works with developers from many communities where few if any other lenders care to finance economic development, but some of the commercial spaces those developers have built are currently leased to dollar stores — seen as a scourge in an increasing number of cities. But, says Williams, those dollar stores are some of the only businesses still paying rent and paying employees during this unprecedented pandemic.

Being an anti-racist instutition isn’t about one choice or any particular set of choices. It’s an ongoing mindset that has to factor-in for every choice the bank makes, from the borrowers it serves to its legal structure to its hiring and leadership. Williams takes the recent unrest as a reminder of how much work is left to dismantle systemic racism and that the bank exists to help bring that about.

“The events surrounding George Floyd have given us the opportunity to remind folks why we exist, why we were founded,” says Williams.