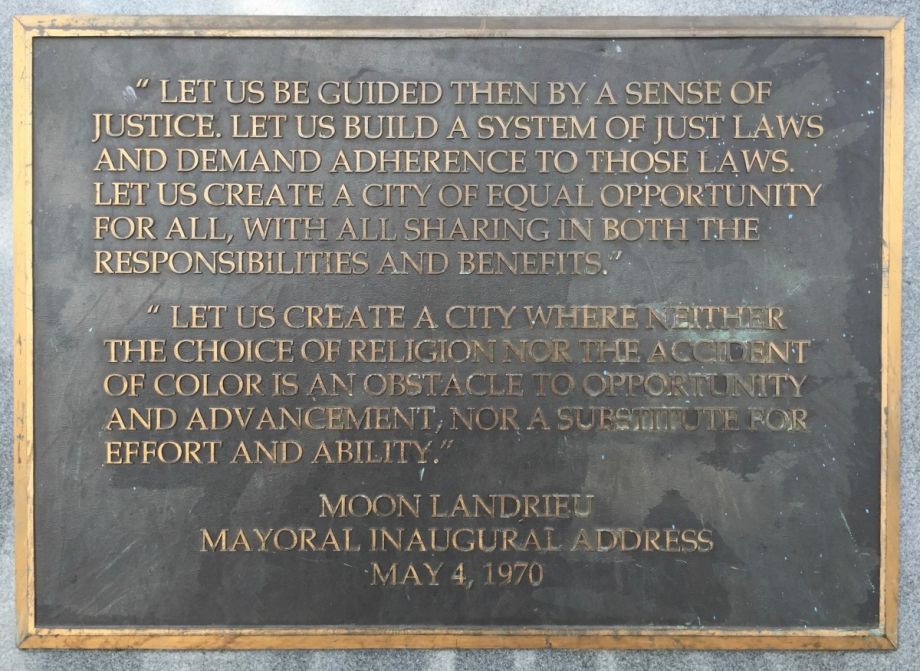 According to a new report, those numbers are no accident of market economics — they are deeply rooted in the same 300-year history that’s also embodied in the city’s storied culture, enjoyed in every bite of beignet and every blow of trombone.

Authored by researchers from Tulane Law School, Dillard University and the Greater New Orleans Fair Housing Action Center, the paper takes stock of government and private sector practices that created and sustained racial segregation in New Orleans, and proposes a suite of policies to ameliorate the stark racial disparities that continue to plague the city’s housing market today. As it so happens, this year also marks the 50th anniversary of the Fair Housing Act, legislation committing the nation to ending racial segregation, which passed in the wake of the assassination of Martin Luther King Jr.

Looking at the report and other data, Cashauna Hill, executive director of the Greater New Orleans Fair Housing Action Center, says there is still a long way to go.

“If we think about the disparities that are still remaining, we are depressingly far from where civil rights activists in 1968 hoped the Fair Housing Act would take us,” says Hill.

Many of these current gaps were amplified by Hurricane Katrina says Robert Collins, a professor of Urban Studies at Dillard University.

A specialist in green infrastructure and co-author on the report, Collins explains that segregation and inequality of property values in New Orleans began with a very clear historical pattern: two-thirds of the land in New Orleans sits below sea level. As the city grew, white households with access to wealth gained from slavery or related industries bought up all the land above sea level for themselves. After freeing themselves or emancipation, any black households seeking a new start in New Orleans were generally crowded into less valuable low-lying areas that have always been vulnerable to extreme weather events like Katrina.

Because of that historical pattern, the report found 68 percent of black residents were displaced after Katrina, compared with 43 percent of white residents.

To address segregation and environmental disparities, Collins and the other co-authors call for an inclusionary zoning ordinance passed by the city council to include affordable housing specifically on the high ground in the city, in addition to new regulations requiring developers to include affordable housing for any developments in the city when they obtain a building permit, taxbreak, subsidy, or any public consideration.

“It’s not affordable for poor and working-class families to live on the high ground unless there is some sort of market intervention or inclusionary zoning that requires developers to put it there,” says Collins. “If you just leave it to the free market, you can forget it. The income disparities are going to get worse. You are going to have the upper-income people buying the high ground above sea level, and the only thing that will be left for the poor and working-class families will be the flood zones.”

But despite the promise of inclusionary zoning, the authors note there is little political will to enact the legislation.

“As recently as early 2018, our city government has failed to require developers to include any affordable housing units in an up-and-coming neighborhood on high ground,” the authors write in the report. “And our state is currently considering a bill that would prohibit local governments from acting to remediate historic segregation through inclusionary zoning measures.”

Beyond the calls for inclusionary zoning, the report also recommends a robust implementation of new federal housing voucher rules that base rent payments on average rent in an apartment’s zip code instead of tying voucher payments to average rent across an entire city. While discrimination against voucher holders remains a major issue, the new voucher rules make it more feasible for voucher holders in neighborhoods of concentrated poverty to find apartments for rent instead in higher-income neighborhoods that may have access to better schools, better jobs, or better transit options. The new voucher rules could also help subsidize low- and moderate-income tenants in neighborhoods where rents are suddenly rising beyond their reach.

In New Orleans, housing advocates say that, over a decade into the city’s rebuilding efforts, officials continue to drag their feet on the program. “After Hurricane Katrina, New Orleans just joined in the national trend of segregating voucher holders into high poverty neighborhoods,” says Hill.

According to Hill, only nine percent of New Orleans voucher holders have access to high-quality neighborhoods. “For all intents and purposes, most of our voucher holders are living in areas of poverty, which are pretty far from the traditional job centers in the downtown and French Quarter area,” she says.

The report also calls for reforms to regulate short-term rental platforms. “Just like many cities across the country, New Orleans is grappling with what to do with the proliferation of short-term rentals including Airbnb,” says Hill. “What’s pretty clear is the overwhelming majority of Airbnb permits are granted to people with more than one registered Airbnb property, or tofolks who don’t actually live on the properties, or to folks who don’t even live in the city of New Orleans or the state of Louisiana.”

The report recommends a homestead exemption for short-term rentals to restrict those income-producing opportunities to “legitimate New Orleans residents.” Such an exemption would, the authors argue, “ensure that people who profit from these platforms are hard-working homeowners who are sharing their homes to produce some extra income.”

Facing a broad array of political hurdles and persistent segregation, the authors call for collective action to address these and other issues in the city’s housing market.

“There’s a way for each one of us to get involved in this movement and we have to figure out how to do that,” Hill says. “I don’t believe that we’re ever going to meet the goal of the Fair Housing Act and ensure that the American dream is actually a reality without working together.”