How the COVID-19 Stimulus Has Threatened Your Neighborhood and Mine 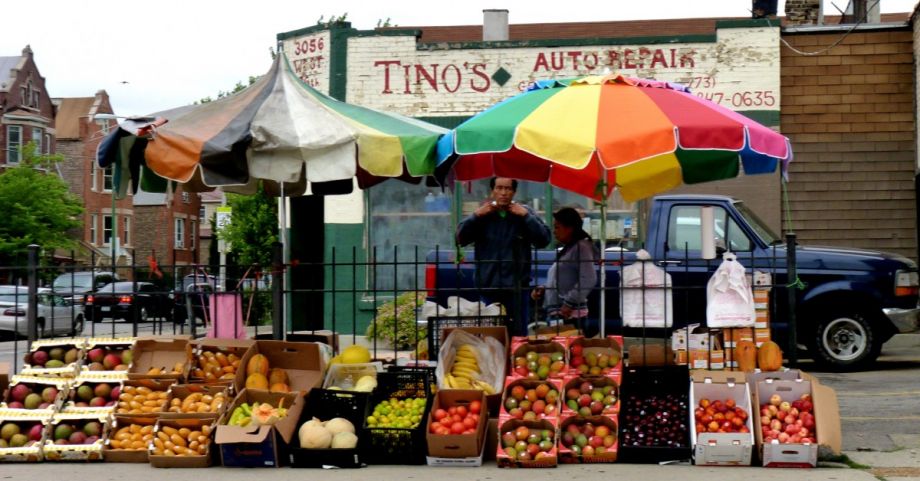 Remember the moment when the place you live became home? When it became your town, your neighborhood, your block? When was it? Did the building super remember your name? Did a neighbor invite you to their kid’s birthday party? For me it happened the morning the waitress at the local diner remembered my usual order. In that moment the diner was pinned to the landscape of my heart and memory. You have a place like this too. It is now the spot you lovingly adorn with the qualifier “my”: my bodega, my cafe, my book shop, my taqueria, my chicken spot. You find joy in introducing close friends and loved ones to your special place.

These small businesses that dot our neighborhoods are more than locations for commerce; they shape and define our communities and our sense of belonging. New parent groups meet at local coffee shops for support and company in Boston. Beauty shops and barber shops in Black communities are weekend gathering places in Oakland. Chicago’s commercial strip in Little Village is a favored Sunday outing for an afternoon stroll past the Mexican restaurants, clothing stores and Norteño music stores. These mini-community meetings shape our sense of “us.” We see our neighbors. We strike up conversations with strangers. Our understanding of our community deepens.

In the midst of one of the most powerful uprisings this country’s recent history , some media have pushed a narrative that pits protesters against small businesses. As if many of our small business owners are not taking to the streets themselves. As if the incidents of destruction in our streets are not fueled by violent and unnecessary police crackdowns. The truth is, small businesses across the country are at risk — but not from this uprising. Their survival is threatened by corrupt political leadership and big banks who take care of massive corporations at the expense of everyone else.

This blatant prioritization of Wall Street over Main Street is what’s truly threatening the vitality and health of your neighborhood, and mine. The CARES ACT, the first Coronavirus stimulus package, was fundamentally flawed in its design. It further accelerated the profit-hoarding of large corporations and the demise of small enterprises, taking a wrecking ball to the economic, physical and social landscape of communities across the country. It placed paltry requirements on corporations accessing the $500 billion in public money for business aid that the Federal Reserve administers, while small companies battled through special restrictions and a complicated application process overseen by the Small Business Administration (SBA). Large corporations also got an unearned boost by being exempted from the CARES Act requirement that companies maintain payroll during the quarantine. Additionally, there are no teeth in the corporate bailout to stop a stock buyback or CEO bonus frenzy by those firms accessing the funds at the Federal Reserve.

None of this was inevitable. It was a choice. Several European nations pursued economic support that both supported the workforce and small businesses by guaranteeing 70% or more of workers’ salaries and subsidizing wages while workers stayed home. This approach maintained the employment relationship, thereby providing a higher degree of certainty of continued employment to families. Denmark earmarked funds to support up to 75% of lost revenue of its small business enterprises. Here in the United States, we rolled out the red carpet for massive corporations and did nothing to make sure they preserved people’s jobs.

The CARES Act was full of bad policy, but the decision to place large banks in charge of processing applications on behalf of SBA proved one of its mostly deadly components. Large banks clearly had an interest in who made it through the loan process. At Chase, bank personnel walked commercial banking clients — those with corporate accounts greater than $25 million — through the process and completed the applications on their behalf. Smaller enterprises, like the neighborhood restaurant or the barber, retail banking clients, received little help completing the application.

Within 14 days the Small Business Association announced that the federal loan funds had run out. Minority owned businesses suffered the greatest blow; up to 90 percent of these enterprises were shut out of the SBA program. While 69 percent of Black business-owners applied for $50,000 or less when applying for federal relief loans, only 8 percent of Black business-owners received the amount they requested. The number of Black, Latinx, and immigrant businesses that may go under during this crisis is staggering. The death rates in the same communities is heart-stopping. The violent and oppressive presence of military and militarized police on our streets is unacceptable. While we are all in the path of the storm of the virus, we are not all in the same boat. Some of us have been sent out to sea in dinghies and rafts while others are protected in large fiberglass vessels. The question now becomes: What can we do to ensure that as many of us as possible make it out alive?

Some proposals in Congress are moving in a better direction: targeting significant relief to small, Black- and brown-owned businesses and making it available through local institutions that serve those businesses and not through big banks. The Saving Our Streets Act, proposed by Sen. Kamala Harris and Rep. Ayana Pressley, would provide over $100 billion in relief directly to the smallest business, with 75 percent going to historically underrepresented businesses. Recipients would need to maintain employees’ prior health coverage. Businesses with over $1 million in revenue or that are publicly traded or owned by hedge funds are ineligible. The Relief for Main Street Act would provide $50 billion in direct assistance to cities, counties and states for local relief and recovery funds that support only small businesses. Legislation like this is on the right path, but it does not do nearly enough to keep as many workers as possible in decent, stable employment and is only a small piece ofwhat we require to start to bring our economy back into balance. The stakes are too high to demand anything less.

While some wait out the pandemic barricaded in spacious estates, others of us are subjected to authoritarian curfews each night and crammed onto public transit each morning, headed to warehouses that are careless with safety precautions or meatpacking plants who decide that a few deaths is the necessary price of business. And yet others of us are at home without work and without a paycheck uncertain of our ability to make rent next month. Our towns will not be the same without the smiles, the laughs, of our neighbors who were ripped from their homes because they couldn’t afford rent. Our communities will not be the same after the deaths of those who were knowingly placed in the path of this virus.

Coronavirus has revealed the injustice embedded in the structure of our society and economy. Now that we see it plainly, we can turn towards new possibilities of an economy that favors the small, the humble, the grocer, the driver, the homecare worker, the janitor. Let’s embrace the death of an economy riddled with gross inequality and dependent on racial inequity. This death is an acceptable loss. It grants us a chance to build something new. A better future is possible — a future that centers the dignity of the people on your block and in my town.

Lauren Jacobs is executive director of the Partnership for Working Families, a national network of leading regional organizing and advocacy organizations dedicated to building power and reshaping the economy and urban environment for workers and communities.