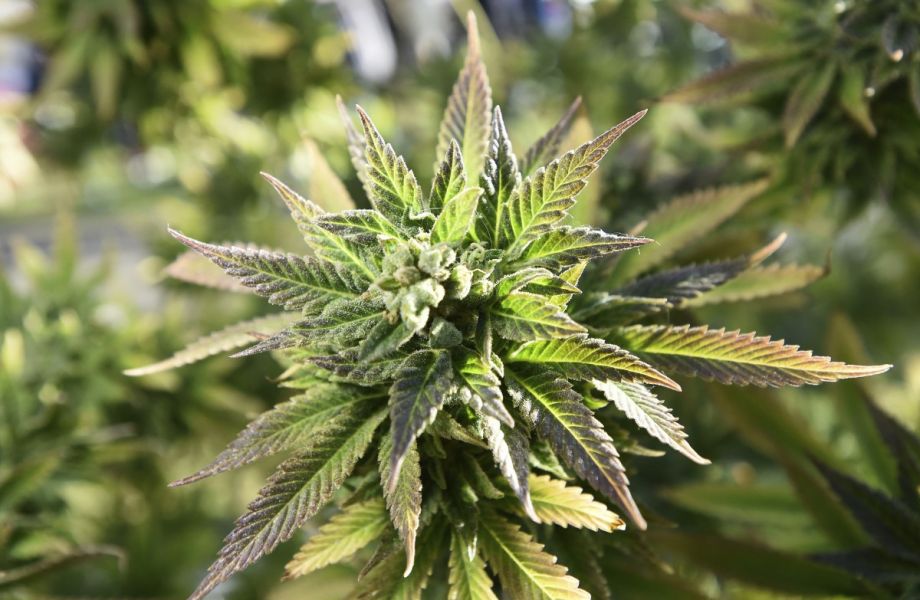 In this April 20, 2018 file photo, a marijuana plant is seen on Hippie Hill in San Francisco. (AP Photo/Josh Edelson, File)

The move comes after the city spent a year reviewing past convictions after the state of California legalized marijuana in 2016, NPR says.

“It was the morally right thing to do,” San Francisco Dist. Atty. George Gascón told the LA Times. “If you have a felony conviction, you are automatically excluded in so many ways from participating in your community.”

Pot convictions can make it harder to find a job, get an education or rent an apartment, Gascón said.

Gascón said his office would expunge a total of 9,362 felony and misdemeanor cases, including 1,230 the office had already cleared. (Some felonies will be reclassified as misdemeanors, others will be dropped completely, The Hill reported.) That’s a lot faster than doing it the old, manual way, in which people had to petition the city. Only 23 people had done that last year, NPR reported.

The LA Times reports that nonprofit Code for America joined forces with the San Francisco DA’s office to create an algorithm that scanned through all digitized criminal records going back to 1975, then automatically filled out the forms that need to be sent to the court. That sped up the process even more.

Gascón told The Hill that his office will soon present the eligible cases to a judge to be approved.

Not everyone is pleased. “To simply embark on an across-the-board expungement of 9,300 without looking at any of the surrounding factors on any of those cases strikes us as cavalier irresponsibility,” John Lovell, legislative counsel to the California Narcotic Officers’ Assn, which lobbies on behalf of police officers who enforce drug laws, told the Times.

Gascón disagrees. “This isn’t a political thing. This is about dignity. People pay their debt to society. People pay the consequences for something we no longer consider a crime,” he said. “They should not be jumping through hoops for this. They should just get it.”

Gascón says he hopes San Francisco’s experience can encourage other municipalities to take Code for America’s approach statewide, and indeed Code for America hopes to clear 250,000 convictions across California by the end of the year. Similarly, Gascón told the San Francisco Chronicle that he wants to use Code for America’s algorithm to find other cases that might be eligible for expungement or reclassification. For example, Prop 47 reduced certain felonies to misdemeanors, but much as with marijuana-related convictions, few people have petitioned to have their cases changed.

“What we have shown with marijuana is that this can be done en masse,” Gascón told the Chronicle. “You can just go through the criminal records of thousands of people and provide the relief that they qualify for without having to have a lot of human resources invested in it.”

Code for America’s approach might have come just in time: A state law passed in 2018 requires that all marijuana cases in the state be reviewed by July 1, 2020.