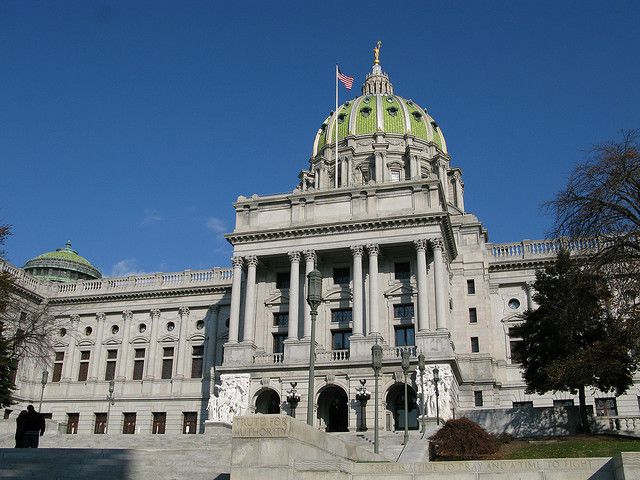 A month has passed since Pennsylvania Gov. Tom Corbett took his pen to the 2012-2013 state budget and, with a flick of his wrist, began what may be a new chapter for urban development statewide.

The $27.7 billion spending plan is a reflection of Corbett’s austerity agenda, and includes $300 million in business tax cuts and an unprecedented no-cap tax credit deal for Shell Oil to build a natural gas petrochemical plant in the state. The budget continues the decades’ long phase-out of the unpopular Capital Stock tax — a tax levied on assets instead of income that, coupled with Pennsylvania’s corporate tax rate, hits businesses doubly hard.

Though the budget may come as good news to businesses, Corbett has received an outpouring of heated criticism in response to a 10-percent cut to human program services funding and the elimination of a cash-assistance program that served nearly 70,000.

While media dialogue has focused on what some consider to be Corbett’s “big business” priorities, less attention has been given to how these budget cuts and reforms will actually take shape in cities across the state: What will be bought and sold, built and torn down?

The Department of Community and Economic Development (DCED) — an agency whose projects range from providing loans to distressed communities to overseeing business grant and training programs — was one of the few state agencies to receive an increase in state General Fund dollars. However, if taken in the context of the last several budgets, the DCED’s 11-percent gain from 2011-2012 does not appear as great: Since 2007-08, the DCED’s funding has dropped by 61 percent.

Though the budget’s allocations for the DCED may provide a snapshot of statewide development, it’s difficult to discern just yet how this funding will actually play out on street-level development. A decision made by Corbett, weeks before the budget was signed, draws a clearer picture.

In early June, Corbett announced a major overhaul of the Redevelopment Assistance Capital Program (RACP) — renamed the Pennsylvania Economic Growth Initiative — a program that has allowed governors and legislators to select community projects to fund with very little transparency.

An audit released this past June by Auditor General Jack Wagner found that the program was “plagued with administrative shortfalls, including inadequate monitoring and a lack of transparency.” A five-year review of RACP by the Office of the Budget concluded that there were no findings to suggest that the $1 billion in grants paid to local redevelopment and industrial development authorities generated the promised jobs.

Since RACP was created in the mid-1980s, the program’s annual debt borrowing has grown from $400 million to $4 billion, a trend that Budget Secretary Charles Zogby called “unsustainable.”

According to the Philadelphia Inquirer , from 2005 to 2010 former Gov. Ed Rendell disbursed a total of $1 billion in grants, $213 million of which went to Philadelphia projects. Though portions of the Philadelphia funding were directed to area hospitals and neighborhoods, a number of projects raised eyebrows. These controversial grants included $28 million to the Comcast Center, $1.9 million toward the construction of the library and office of former Sen. Arlen Specter at Philadelphia University and $20 million to a luxury Chester County resort, developed by a Rendell friend and donor. RACP funding for developer Ron Rubin’s Gallery at Market East and Bart Blatstein’s Piazza at Schmidt’s were among Rendell’s final gifts to Philadelphia before he left office.

Corbett’s reforms to RACP seem to be in direct response to Wagner’s audit, and call for greater transparency and monitoring, a merit-based selection process and a funding cap of $125 million per year. Projects will now be posted on the budget office’s website for public viewing.

The RACP reforms indicate a tailored focus that prioritizes large regional economic development projects that are “shovel-ready” — projects set to start construction in 365 days or less — and will generate jobs and maximize tax revenue.

“These important changes are much more than just a new name for an old program,” Zogby said at a press conference.

Not everyone is convinced. Critics are skeptical about whether these reforms reflect a real change in mindset: A commitment to award funding based on project merit rather than politicians’ personal wish lists. The reforms won’t erase developers’ political connections, and these ties will likely still factor into decisions made in Harrisburg.

“It’s hard for me to believe Harrisburg will change overnight,” said Harris Steinburg, founding executive director of PennPraxis, the research arm of the University of Pennsylvania’s School of Design. “But maybe that’s cynical.”