How St. Louis Took a Proactive Approach to E-Scooter Regulation – Next City

How St. Louis Took a Proactive Approach to E-Scooter Regulation 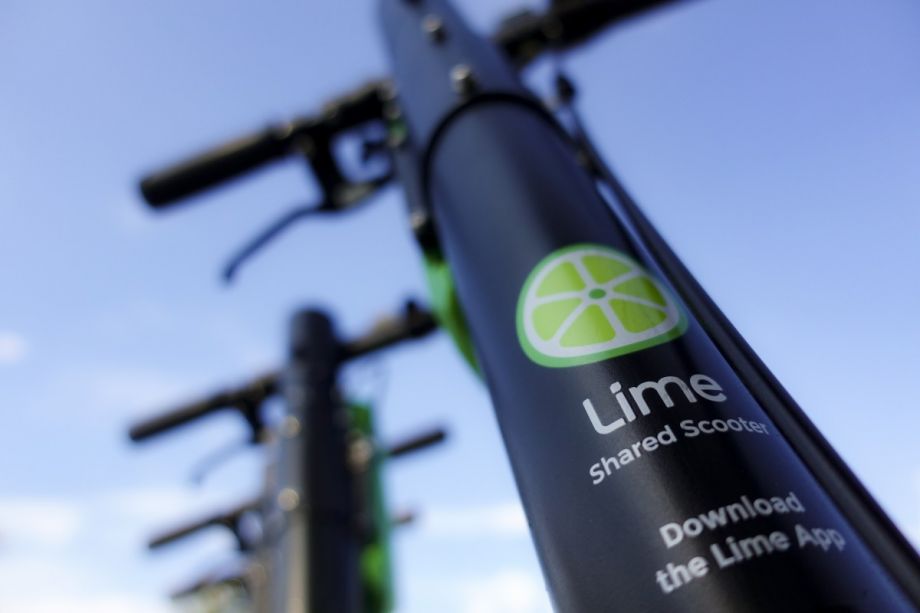 As practically anyone living in an urban area has experienced first hand, e-scooter companies have tended to take an “ask for forgiveness, not permission” approach to deploying fleets of e-scooters in cities across the world with little to no notice beforehand. While this disruption-based method has left many cities scrambling to reactivity figure out how to manage the chance, St. Louis was able to take a proactive approach, thanks to a failed public bikeshare program.

When the bikeshare program didn’t pan out after a grant failed to come through, the city’s bikeshare working group did produce a permitting system that was ready to be applied when e-scooters descended on St. Louis in early 2018. With equity top of mind, “the permit identifies a number of neighborhoods where we require there to be a percentage of dockless bikes or e-scooters every day,” explains Scott Ogilvie, the transportation policy planner in the Planning and Urban Design Agency for the City of St. Louis. The city requires 2.5 percent of the minimum fleet of each area and a minimum of 20 percent of the total fleet to be in neighborhoods outside the central corridor at the start of each day. “We don’t want to offer a new amenity in the city that’s not available to a large portion of the city. That’s part of the permit we’re proud of,” Ogilvie says.

The flexibility that comes from the restrictions being handed down through a permit rather than a city ordinance is another element that Ogilvie says has made St. Louis’ e-scooter regulations an easier process. “It’s a permit, so we can change it administratively rather than having to go back to our legislative body to change it,” he says. “It’s also written in a way that suggests that we can make changes on the fly, which we’ve done in a few cases.”

So far the city has capitalized on the flexible nature of its e-scooter permit’s parameters by adding geofenced and slower speed areas in places like Forest Park. That means users can take scooters to get to and through the park, with minimal disruptions to those looking to enjoy the believed greenspace in more traditional ways. Ogilvie says that the city will likely take the winter e-scooter break ushered in by the snow to further examine how the permit is going and make additional tweaks if necessary.

Washington University in St. Louis is also leading when it comes to analyzing the safety of e-scooters as well.

Two years ago, Bruce Backus, assistant vice chancellor of environmental health and safety at Washington University, was asked to lead a task force charged with minimizing accidents related to e-scooters, after three accidents landed multiple students in the ER with everything from hand and knee lacerations to head injuries.

“Fast forward to 2019 and things really exploded,” Backus says. “One vendor started targeting our main campus and another targeted our medical school campus. Scooters have been deployed all around and since the start of the school year in August we’ve had a[n e-scooter related] injury on campus every three days.”

There have been 23 e-scooter injuries since August 15th, with one out of every 10 requiring a visit to the emergency room, compared to just a handful of bike accidents. “We’re having three to four times the number of accidents on scooters than on bikes or skateboards,” he says. Backus adds that the university is only able to track what happens on campus, adding an anecdote about running into students with casts on their legs as a result of scootering.

The task force — which was comprised of multiple university departments and partnered with an independent company to gather feedback through 21 separate sessions with students, faculty, and staff — attempted to come up with a solution to the school’s e-scooter concerns that addressed safety without curtailing students’ desire to commute by scooter.

In addition to calling attention to the important role that using helmets can play, Backus and company found that people “don’t realize that if there’s even a small incline going downhill even a couple of degrees, those 15 mile-per-hour speeds slowly build to 20 or 25 miles per hour and the slightest imperfection on a sidewalk or street can cause someone to flip,” he says.

The taskforce has since begun working with e-scooter vendors to geofence parts of the campus. In those zones, scooters either will have to be ridden without e-assist, or will be slowed down to something like one to four miles per hour to match a walking pace in certain areas. They’re also working to slow the scooters down to eight to 10 miles per hour in areas where there is car traffic. On the student side, Backus has been taking an educational approach, meeting with student groups and leaders like the president of the freshman class.

Dr. Susan Shaheen, a professor in residence at UC Berkeley’s Transportation and Sustainability Research Center, explains that the issues in St. Louis are indicative of the micromobility challenges facing most cities. So far, most cities want to ensure that scooters are distributed equitably, and that all residents can access them if they want. Other cities worry about ensuring that un- and under-banked residents can access — and can afford to access — the scooters.

“Public agencies may be able to expand access for people with disabilities by requiring a percentage of a fleet to include adaptive devices and establishing incentives for the addition of adaptive devices into micromobility fleets,” she says.

However, these methods and others are ultimately useless if cities aren’t willing and able to enforce the rules they establish. “Enforcement is important to ensure that micromobility devices are parked properly and are equitably and safely dispersed throughout a community and not impeding pedestrian or ADA access,” Shaheen says. “Additionally, enforcement can help ensure that micromobility is equitably serving the entire community and people with special needs.”