How Planning Can Offset an Amazon-Fueled Housing Boom – Next City

How Planning Can Offset an Amazon-Fueled Housing Boom 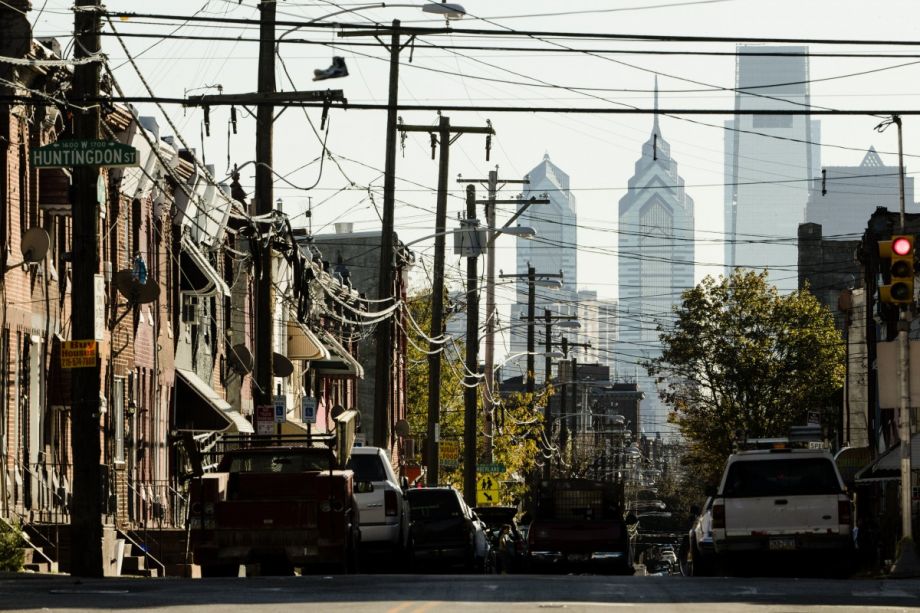 Dozens of cities sent in proposals last Thursday to be home to Amazon’s second headquarters. In the coming months, the online retail company will likely follow up with candidates during the selection process. If Amazon wants to be a good neighbor, company reps should certainly ask: How will you ensure your housing supply can absorb new demand from workers? All applicants should have a good answer.

Since Amazon released its HQ2 RFP, nearly every city has been falling over itself to lure Amazon and the 50,000 tech migrants that will follow. And why not? The tech-driven success of cities like New York, Boston and San Francisco make them the envy of economic development officials. These cities both grow and lure talented tech workers whose wages support dense, thriving urban economies and very expensive housing markets.

For many, the assumption is that tech cities are model cities. They are not.

At the surface, it’s hard not to be jealous at the frenzied growth experienced over the last two decades in our most productive cities. However, it is worth considering the extent to which these modern-day boomtowns are beneficial for the American economy overall and for firms like Amazon, in particular.

Yes, these cities have transit, universities, amenities and the rest, but what if these places are so productive that they are actually exclusionary — and not just for the poor. Our most productive places are now so expensive that they are unaffordable to most. And the best way to expedite new affordability is to add new supply — something that is a political non-starter in many neighborhoods.

The lack of affordability is more than just an issue of equity — it’s bad for business, especially if the next generation of tech smarties can’t afford to locate in cities with the greatest opportunity. This is why Facebook and Google are developing their own affordable housing.

In its RFP, Amazon’s housing-related asks include, a “diversity of housing options, availability of housing near potential sites for HQ2, and pricing, among other information”. There is no mention of affordability per se, but surely they are self-aware, having witnessed firsthand the effect they had on Seattle’s housing market. Amazon should be far more direct by asking would-be HQ2 cities to ensure their housing supply can absorb new demand from workers. Those same cities should simultaneously consider how to balance new development with the need to mitigate displacement pressure on incumbent residents.

In cities that can’t sprawl the way Houston and Denver have, the answer is a pro-growth approach to equity planning — two goals that are typically at odds with one another. This is not about extracting new taxes from business or other means of redistribution. This is about understanding how economic development catalyzes neighborhood development and how zoning can be used to steer development where it is best suited.

Cities can use the data they collect to predict where neighborhood demand will go next, and use that intelligence to up-zone their way to greater neighborhood density.

How do we predict demand? Research from myself and others illustrates a simple trend that growth begets growth and that the probability of gentrification in one neighborhood is in part, a function of its distance to the last neighborhood that gentrified.

This dynamic exists because new residents and businesses trade off access to new amenities for cheaper land in the next neighborhood over.

Let us look to Philadelphia for an example. The figure below shows the spatial pattern of assessed land values for commercial properties in and around Center City — the City’s central business district. Notice how land values drop considerably north of Vine Street and west of the Schuylkill River. These places are already experiencing transformative levels of demand precisely because they are close to existing amenity centers, but have relatively low land values.

Callowhill, the neighborhood north of Vine Street (shown in the graph below), has seen property sales increase threefold and new construction permits double in recent years. This former industrial area with a relatively high supply of vacant land parcels, is beginning to be up-zoned by the city’s planning apparatus.

This is precisely the kind of active land use planning that Amazon’s new destination must embrace to ensure that development occurs in places best suited for growth, not where it threatens to displace incumbent residents. This is equity planning in a pro-growth context.

Philadelphia also shows us that in the absence of active planning, residents in gentrifying neighborhoods are going to act independently to protect the character of their own communities. While NIMBY-ism (Not-In-My-Backyard) has traditionally been a tool for the wealthy, increasingly, we are seeing the NIMBY sentiment taking root in communities concerned with displacement.

The plan for Schuylkill Yards, west of Center City, is to add 6.9 million square feet of new development. There is even talk about creating an 88 acre neighborhood on top of the adjacent rail line.

Recently however, the Mantua Civic Association in the neighborhood just west successfully lobbied their councilperson to enact a zoning overlay which makes it more difficult to develop with density. “It’s not always the plan that fails,” De’Wayne Drummond, Mantua’s president, told PlanPhilly. “Sometimes we just fail to plan. … All I have to say is plan or be planned for.”

If housing demand in Mantua continues to increase, just a stone’s throw away from Schuylkill Yards, these new supply restrictions will erode affordability. An inability to build up will not dissuade outside capital and new residents from moving in and changing the neighborhood. At the same time, it is totally understandable for Mantua residents to lobby elected officials to protect the character of their community. This fascinating use of political capital may become more commonplace in communities whose representatives must forge coalitions of both pro-development and anti-gentrification stakeholders. Imagine the effect on affordability if, in the face of HQ2 caliber demand, every gentrification-fearing community began walling itself off from development in the same way.

It is worth mentioning that Seattle, Amazon’s current home base, tried and failed to mandate densification in neighborhoods zoned single-family. As the Seattle Times reported, “some homeowners raised concerns about the changes encouraging developers to tear down bungalows and thereby alter the character of neighborhoods.”

The prescription is for cities to reassure stakeholders that they are working to prevent community disenfranchisement while actively planning for growth. Then, using their strong centralized planning power, cities should herd new development to places where they can better control the kind of externalities associated growth, like the provision of new public services. Such targeting can encourage affordability while mitigating displacement pressures in neighboring communities.

I concede that the phrase “pro-growth equity” is a bit perilous, at least semantically. It is not a reference to trickle-down economics, neither in function nor in spirit. Let me be clear: Amazon’s 50,000 new tech workers are not the rising tide that will lift all boats. New York and San Francisco are perfect examples of what happens to affordability when housing development does not keep pace with economic development.

If Amazon and its employees show up in your town, you’ll know it when you go to renew your lease. This is why Amazon must consider whether their would-be hosts are willing to unleash new development.

Reducing supply restrictions and promoting affordability are certainly not the only mechanism to foster equity and poverty alleviation. Nevertheless, cities actively courting Amazon have a responsibility, both to new residents and old, to ensure that everyone benefits from economic development. Let’s make sure that the only supply-side question left unresolved is what we’re going to do about the massive spike in social media dinner plate photos.