How Philadelphia Has Tried to Address Water Debt – Next City

How Philadelphia Has Tried to Address Water Debt 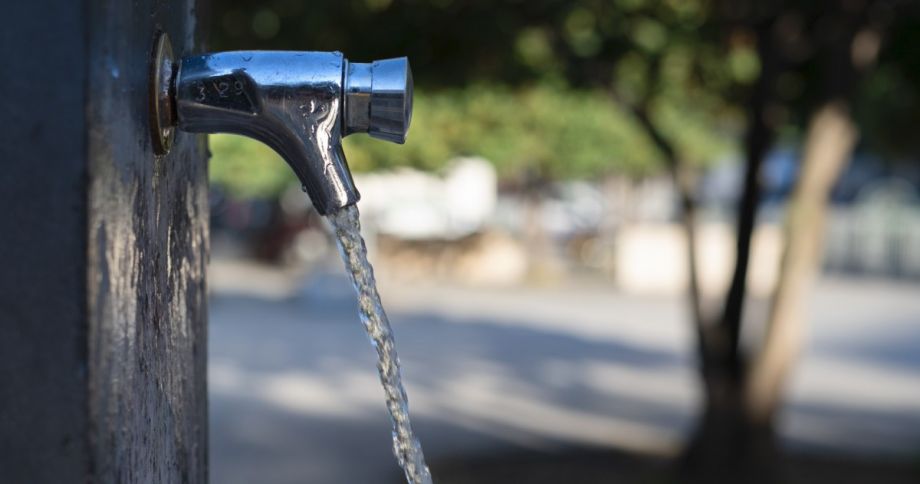 This June, utility affordability expert Roger Colton released an 88-page report in partnership with the Guardian that analyzed a growing crisis in U.S. cities: water debt. The findings were dire. Between 2010 and 2018 water bills went up by at least 27 percent, caused by decreasing federal aid to public water utilities as costs skyrocketed due to maintenance, climate change, environmental and health issues.

The lack of federal aid has forced cities to push the rising costs of water utilities onto rate payers. The investigation found the issue will likely intensify over the next decade, with the burden mostly falling on lower-income residents. That means increased water shutoffs, home liens that can lead to foreclosure, and affected families abandoning their homes.

There is, however, a promising solution increasingly catching the attention of environmental justice advocates — and one city shows that it’s working. Philadelphia, which passed legislation for an income-based payment system in 2015, known as the the Tiered Assistance Program, or TAP, has found success and made strides toward eliminating existing water debt.

“TAP is doing exactly what we said it was going to do,” Colton tells Next City. He advised Community Legal Service of Philadelphia and City Councilmember Maria Quiñones-Sánchez in developing the program, implemented July of 2017. As of this August there have been 22,662 approved applications for joining TAP, according to the city.

Before implementation of TAP, the water affordability crisis was clear to members of the Community Legal Services Energy Unit — which represents ​low-income consumers in ​disputes related to utility access and affordability, including water shut offs, restorations and water debt foreclosure cases — as well as local advocates and Councilmember Quiñones-Sánchez. She represents parts of North Philadelphia, which held 20 percent of the city’s outstanding water liens.

The payment assistance program in place before TAP, which offered a small grant and fixed bill amounts for 12 months, was plagued with barriers such that more than 40 percent of applicants were denied. The program did not alleviate debt — if you were enrolled and your actual water usage cost more than the fixed amount, the difference was added to your accumulated debt with the water department — increasing participants’ water debt by nearly 25 percent between 2009 and 2012.

In 2014 Councilmember Quiñones-Sánchez introduced a bill to replace that program, then worked with the city and Community Legal Services to establish the first-in-the-nation assistance program that bases water bills of low-income residential customers on their income.

Debt forgiveness was an important piece. Legislation mandated that anyone enrolled in the program wouldn’t be required to make additional payments on past water debt and they’d have access to a utility arrearage forgiveness program, which typically eliminate accumulated utility debt over several years so long as the customer pays current charges under the low-income program.

By the end of last year, TAP had approximately doubled the number of low-income customers receiving assistance for water payment. But Community Legal Services called out the city for not implementing a meaningful ​arrearage forgiveness program, despite the requirement of the legislation.

The city came up with a forgiveness structure that will forgive penalties and principle on water debt. If you are enrolled in TAP and make 24 complete monthly payments, that debt will be forgiven. The structure goes into place this month.

“We’ve made significant progress,” says Josie B. H. Pickens, supervising attorney and co-director of the energy unit at Community Legal Services ​of Philadelphia. “We went from the city forgiving penalties and debt older than 15 years old to the city providing forgiveness in a reasonable timeframe.” The next piece of advocacy is to ​expand access to TAP for tenants and push the city to provide the forgiveness proportionate to the payment, meaning each water payment would contribute to a reduction of debt.

Findings from Community Legal Services show that TAP’s customer count steadily increased between June 2018 and December 2019 while a significant portion of current water debt bills declined. Bills between 91 and 120 days old hit a peak of roughly $650,000 in the summer of 2018 and a low of $200,000 by the fall of 2019.

TAP inspired advocates in Baltimore to push for a similar structure. Over half of residents are being billed over three percent of their household income, according to Rianna Eckel, Maryland organizer for Food & Water Watch. Advocates worked with Colton, who helped craft the TAP legislation, to “really make a compelling case that percentage-of-income billing programs are not only beneficial for customers but fiscally responsible for the city,” Eckel says. As Colton puts it, it’s better to charge customers an amount they can regularly pay, and the utilities companies can collect, rather than charging an amount they cannot pay, which becomes debt for the customer and lost revenue for the city. That debt can also lead to wider negative implications, like foreclosure and property abandonment.

This January, Baltimore enacted the Water Accountability and Equity Act that required bills to be based on income, the establishment of a customer advocate’s office and a structure for appealing high bills and other problems faced by customers. Implementation was expected for July but the city delayed due to COVID-19.

It’s likely the program will start under the next mayoral administration. “We’ve decided to shift gears … to come up with a clear plan and steps for when [the next administration] would be responsible for implementing this legislation,” Eckel says. She says a bill is expected in the next few months to solidify the implementation timeline.

As water debt increases in cities across the country, Colton is convinced an income-based payment structure capped at three percent is the most effective model. “I try to explain to decision makers what the basis for an affordable burden is,” he says. “Sometimes I get pushback and sometimes I don’t.”

Such programs are more often pushed for by advocates than public works departments or utility companies, he’s found. (He adds that advocacy has strengthened as advocates within low-income communities increasingly align with the environmental justice movement.) “The problem is that there are too many utility executives who hear the words ‘low-income’ and think social service,” he says. “They think, ‘it’s not our job to address those problems.’ But it is their job to bill money in a way they’ll have a reasonable expectation of collecting it.” He adds that many utility companies look at the work Philadelphia has done “and they say that they don’t want to engage in that much effort to address the problem.”

But the issue of water affordability is not going anywhere, as Colton’s June report revealed. The EPA estimates the country needs an infusion of $35 billion a year, for 20 years, to comply with federal safety regulations for water, sewage and storm water. The Water Affordability, Transparency, Equity, and Reliability (WATER) Act would address that need, but there’s been no federal action to make it reality. Until that happens, cities are on their own to pay for infrastructure upgrades, with ratepayers absorbing the costs.

“We feel that people are looking to Philly and the success of TAP to determine whether this is the right path,” says Pickens.