How One Museum Overhauled Itself With Equity In Mind – Next City

How One Museum Overhauled Itself With Equity In Mind 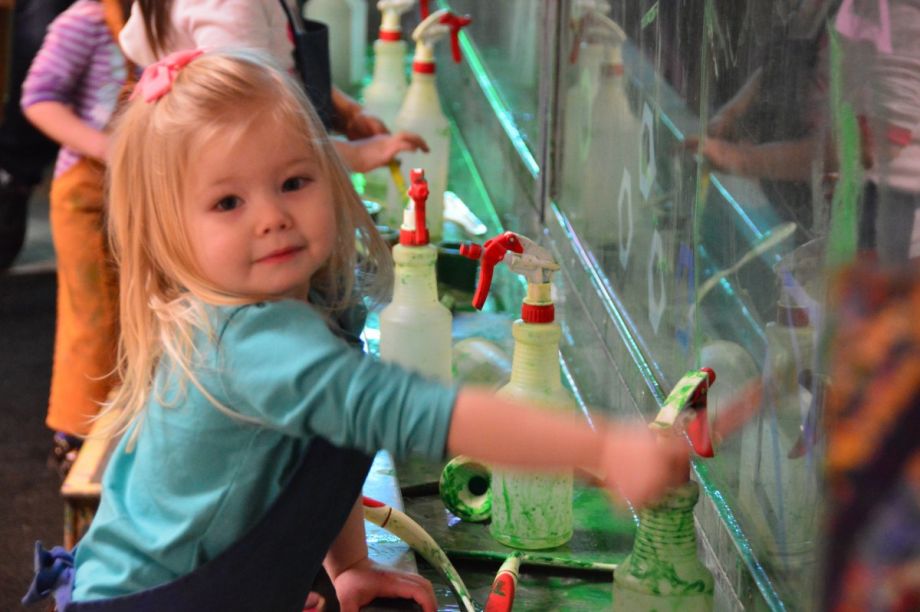 But until the start of the 2016-2017 fiscal year, the Museum asked families to show proof of need by being enrolled in a safety net program such as the Supplemental Nutrition Assistance Program (SNAP, formerly known as food stamps). However, in 2015, Wisconsin forced tens of thousands of people out of its SNAP program, leaving many families with no easy way to prove their need. The museum made a choice: Stop asking families for proof.

Sandra Bonnici says that this shift was really just the tip of a much bigger iceberg. “It’s just one piece. It’s just one tiny lens to look at equity,” she says of the museum’s decision to drop means testing. Bonnici recently left her position as the associate director of education, diversity and inclusion at the Madison Children’s Museum and has embarked on a fellowship focused on diversity and equity with the American Alliance of Museums. The work Bonnici did shifting the culture in Madison fits into a larger effort by museums across the U.S. to rethink the way these institutions connect with the communities around them.

Bonnici says that the Madison Children’s Museum’s decision to stop asking low-income families for proof of income in order to qualify for discounted memberships has received a lot of attention. But attention isn’t the only result. Access member visits rose 84 percent between the fiscal years of 2015-16 and 2017-18. In the 2017-2018 fiscal year, roughly 1,300 families purchased Access memberships while more than 45,000 visits came from reduced-price members. Overall member visits also increased by 35 percent, according to the museum.

Still, Bonnici cautions that reducing the shift to changing proof-of-income requirements oversimplifies the narrative. “It’s a thousand little steps,” she says. Reaching this point, Bonnici says, involved working with staff at the museum to change perspectives and understandings. “It’s a lot of things that accumulate over time that turn into a culture of change,” Bonnici explains.

One of the critical ingredients in this recipe, Bonnici says, were ongoing, deep conversations with families and other service providers in the community. Nancy Wrenn-Bauch, who is now retired from the YWCA of Madison, was one of the key voices over the course of that process.

Wrenn-Bauch says she initially approached the museum to see if it would be willing to host one of the YWCA’s weekly family nights. The idea emerged to have the parents come to the Children’s Museum on their own. “We did a night where the moms came and played at the museum and we had the kids with babysitters at the YWCA,” Wrenn-Bauch says. This initiative enabled parents to experience the museum themselves and to see how it might be a space their children would enjoy.

Yet Wrenn-Bauch acknowledges that it wasn’t always sunshine and roses. “As things started, it was rough for some of our families,” she says. Some of the YWCA members who went to the museum told Wrenn-Bauch that they felt uncomfortable with how they were treated and watched. “It seemed that there was a lot of unconscious bias going on,” she says. Yet Wrenn-Bauch also says Bonnici and the museum were open to having “courageous conversations.”

Bonnici stresses that the Children’s Museum didn’t walk the road to change alone. Along with the YWCA, the museum partnered with other community organizations to work on improving its relationship with low-income residents and communities of color. The museum received grant support so that its staff could participate in trainings on racial justice and cultural competency. It co-hosted discussions with local pre-schools and social service providers on how parents can talk about race and privilege with their children. The museum also crafted an inclusion statement, which Bonnici says serves as a public document that both the museum and the community can use to hold it accountable.

These efforts have prompted other organizations in the city to pursue a similar path. Madison Youth Choirs is one of these. Lynn Hembel is the choir’s managing director. She tells Next City that “families always know best what they need. So, the idea that there needs to be some sort of approval, or that someone outside would know best what they need, that began to feel compelling to us.”

Michael Ross also attributes Bonnici and the Children’s Museum with inspiring the Choirs to re-think its needs-assessment processes. As a result, the choirs streamlined its decision-making process about reduced rates. “Families ask for what they need,” Hembel says, underscoring that no one is taking advantage of the organization.

“We want families to be in our program, and we don’t want this to be another barrier,” says Ross. Now, he says, the Youth Choirs are considering revamping their tuition-based program to be offered with no application process at all. “It would just say: This is what the program costs, pay what you can pay,” he says.

For Bonnici, the American Alliance of Museums fellowship offers her a way to continue and expand the work she was doing on diversity, accessibility, equity and inclusion at the Children’s Museum. “I was working with a lot of communities of color, and there is still a long journey to feel a true sense of welcome and belonging. It’s not just about our staff; it’s about everyone in the space. How do we create a more inclusive space for everyone to feel welcome?”