How New York and Paris Got Women Into the Bike Saddle 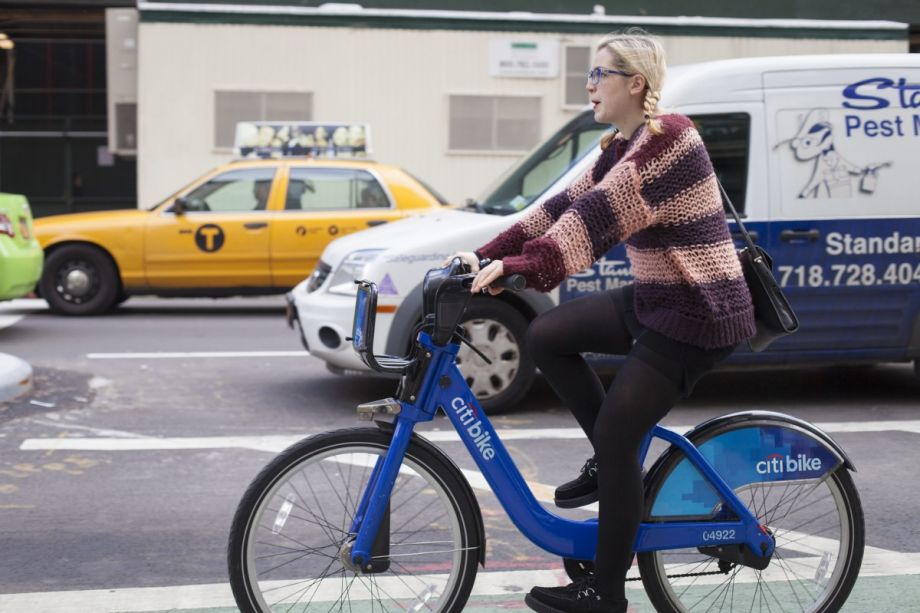 Melissa Katzman had been meaning to join New York City’s bike share program Citi Bike for years. She never got around to it for a number of reasons: price, time spent to sign up, already owning a bike. That was until the pandemic hit the city.

On March 31, 2020, Katzman, a physician assistant at New York Presbyterian in Manhattan, received an email informing her that as a critical worker she could benefit from a free, month-long Citi Bike membership. She signed up that day.

A month later, that program was extended to one year. Katzman began to regularly cycle to work. In addition to the relative lack of traffic during those first months of the pandemic — which made her feel safer on Manhattan’s busy streets — cycling to and from the hospital also helped her to destress during her 25-minute commute home to Hell’s Kitchen.

“It was pretty incredible,” she says. “Riding home was the greatest part of my day.”

Katzman wasn’t alone. Nearly 30,000 people joined the membership program, which accepted sign-ups through the end of May.

The NYC Critical Workers program had another unintended positive side effect: it significantly reduced Citi Bike’s long-standing gender imbalance. Because New York’s population of health care workers and other critical workers is predominantly female, 60 percent of the new sign ups were women, raising the number of female annual members from 32.8 percent to 38.9 percent, the highest proportion since Citi Bike began collecting gender statistics.

New York wasn’t alone. Other US cities all saw similar strides toward gender parity in cycling during the Covid pandemic. Strava statistics from four major urban areas — Washington, Boston, Chicago and Los Angeles — showed more than 80 percent increases in women biking year-over-year during the summer of 2020.

Across the Atlantic, the same trend was on display. In the months following the two-months-long lockdown in Paris, which lasted from mid March to May, 49 percent of new subscribers to Velib’, the city’s bike-share system, were women — compared to 40 percent in the months before the pandemic.

During the confinement, Paris laid down 50 kilometers of temporary protected bike lanes within the city, and 100 kilometers including the suburbs. The city subsidized electric bike purchases and offered up to 50 euros on bike repairs to all citizens.

But while the pandemic may have been a catalyst for more women starting to bike, the scene had already been set by pioneering female leaders and policies aimed at making biking safer and more comfortable for women.

In 2018, women represented 36 percent of all Velib’ subscribers. By 2020, that proportion had increased to 42 percent of all subscribers. A number of factors contributed to this, perhaps most notably the rollout of more than 20,000 electric Vélib’ bikes, which now represent about 35 percent of the city’s fleet and tend to be more attractive to female cyclists, experts say.

Having women in leadership positions has also been key for improving gender equality in cycling, according to Stein van Oosteren, the spokesperson for Collective Vélo Ile de France, a cycling advocacy organization in the Paris region.

Freshly re-elected Socialist Party Mayor Anne Hidalgo included specific requirements for gender equality in her Plan Vélo, which created more than 1,000 kilometers of bike lanes across the city, including building a greater number of fully protected bike lanes, installing better street lighting at night and providing more access to electric bikes. While these initiatives benefit all cyclists, the focus on safety may have had a particularly significant effect on female cyclists, who prioritize safety more than men when it comes to cycling in cities.

“The cycling revolution will be led by women,” van Oosteren says.

Other women have joined Hidalgo in promoting greater equality in biking access. Emmanuelle Pierre-Marie ran for mayor of the city’s 12th arrondissement (each of Paris’s 20 districts has its own mayor) on a platform of “cycling, humanism and feminism.” The only Green Party candidate to win a seat in Paris’s 2020 municipal elections, she integrated “democratizing the bicycle” into her successful election campaign.

“Cities are designed by men for men,” she told me in her office on a rainy day in late January. Pierre-Marie bikes to work every day, as well as to pick up her three children from school, and has not owned a car for 15 years. Making Paris more bikeable for mothers with children and bringing in new populations of cyclists is key to improving gender equality, she said.

In October, she launched France’s first-ever bike training program in a local elementary school, aimed at students who had never cycled before.

“We need to show that the streets are not a hostile environment,” she says.

In New York, female leadership — in addition to building additional cycling infrastructure and offering more incentives like the NYC Critical Workers program — could also be key to ensuring that the strides in gender equality in cycling made during the pandemic will continue, according to Sarah Kaufman, the Associate Director of the NYU Rudin Center for Transportation.

“Having women at the leadership level represents a point of view that has historically not been well represented,” Kaufman says. “As we see more modes come around, like e-scooters and mopeds and those kinds of things which have similar disparities in their usage, it takes a leader to ask why these aren’t being used by half the population.”

Kaufman noted that the disparities in bike share use in New York City are even greater than the sign up numbers. In New York, only about one in four Citi Bike trips are taken by women, she says.

Other initiatives specifically aimed at women — such as bring-a-friend vouchers or eliminating the age minimum for subscriptions — could also help increase gender equality in bike share systems like Citi Bike, she says.

The long-term impact of the Critical Workers program remains to be seen. But Katzman, in Manhattan, intends to renew her membership when it expires at the end of March.

“I think they’ll get a good percentage who sign up again,” she says.