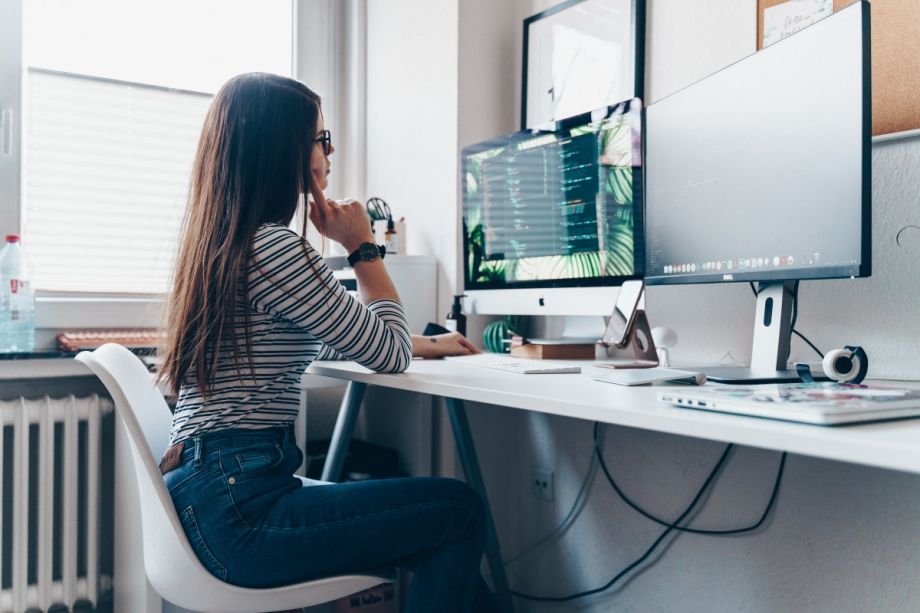 (Photo by Nicole Wolf on Unsplash)

R.T. Rybak was the mayor of Minneapolis in the post-9/11 economy of 2003, when city, state and county budgets were slumping.

“We were told that would be the worst summer since the Great Depression,” Rybak says, “so as the mayor I called a bunch of people”—from the U.S. Bank to the Minneapolis Regional Chamber of Commerce—“and said ‘can you hire a kid for the summer?’” Rybak was able to secure a couple hundred jobs in the form of paid internships for Minneapolis youth that summer as well as get then-U.S. Bank CEO Richard Davis to become his partner in the venture. The following summer roughly 2,000 kids were given the opportunity and that’s how Minneapolis’ youth employment program, called StepUp, began.

In normal times, the program connects over 1,000 youth between the ages of 14-21 with training and paid internships with local employers each summer. The kids get on-the-job experience and employers get a crack at diversifying their workforce. StepUp’s approach has been so successful that it’s been replicated in Chattanooga, Tennessee, with Rybak’s help.

However, this summer is far from a normal summer. The program traditionally includes a handful of dates in the spring where participants go through in-person training on topics like interviewing and crafting resumes. This year, though, StepUp only got through two of those sessions by March. “We quickly thought about how young people are still going to have access to quality training and learn how to interview for jobs and gain some soft skills while on the job,” says Nina Robertson, StepUp’s director. They postponed the final two trainings while they figured out how to pivot to something of a hybrid program for the summer.

StepUp deemed roughly 400 internships safe after employers submitted COVID-19 safety plans. After talking to kids and their families about what they were comfortable with, those matches were made. But there were another 2,600 applicants for summer 2020, and with grant funding due to expire at the end of the year, the program couldn’t just postpone those internships.

Robertson and company quickly got to thinking about how they could put those funds to use by “opening up a more savvy system for online learning, but more independent learning … that’s … modeled after the skills young people get on the job,” she says.

In partnership with the Project for Pride in Living, an organization focused on career readiness, StepUp launched a five-week training program through Google Classroom and the digital learning platform LRNG. Participants earn a $100 weekly stipend for the five weeks that the training runs, from mid-July to August 14. Robertson estimates that each weekly module takes between eight and 10 hours to complete. Because of the flexible nature of the program, some students do a few hours each day while others zoom through it in a single day.

Teachers from Project for Pride in Living’s network signed on to facilitate the training for the summer, creating videos, quizzes and assignments that focus on kids exploring job opportunities in their own communities. “Professional communication, how to build a resume, problem solving, identifying strengths, and setting goals” are a few examples of the competencies the program tries to build, Robertson says. Although the five-week program is “not able to fully replace the learning and earning that would occur in internships,” Robertson is “excited to offer this opportunity for interns to continue to build their skills and earn money” that can be critical for some families, especially during this pandemic summer.

When Robertson and I spoke during week three of the program, the theme was It’s a Beautiful Neighborhood. “It gets into how young people can show up in their neighborhood and what companies, businesses and career opportunities there,” Robertson explains. “It’s an opportunity to see themselves working in their communities or [envision] what kind of company or business [they] would want to see.” The end goal of the program is to give students the skills they need to enter the workforce, to emerge ready to create a resume or LinkedIn profile if they choose.

What Robertson is still mulling over are the challenges the program faced. “We invited 2,600 [kids] to participate and we have about 1,300 that are actively engaged and completing modules,” she says. “I wanted so many students to do it, but I also thought young people… hear ‘online’ and ‘learning’ and after they had virtual school and may have more virtual school in the fall, they might have been like ‘I don’t know if that’s the thing for me.’”

However, Robertson says that she’s gotten feedback from students that they like the independent learning approach and enjoy having the ability to pick and choose what they learn.

The StepUp team has learned a lot from this quick digital transition and are thinking about different components that could be more permanent additions to the program now that the nature of work might be permanently changed as a result of COVID-19.. “It’s been an insightful experience. We’ve been able to do some transformative things, but none of this goes without the challenges,” Robertson says. “I think about young people with digital [technology] barriers, so we have to really think about next year’s planning for how we want to support different populations.”