How Mesh Networks Can Bridge the Digital Divide – Next City

How Mesh Networks Can Bridge the Digital Divide 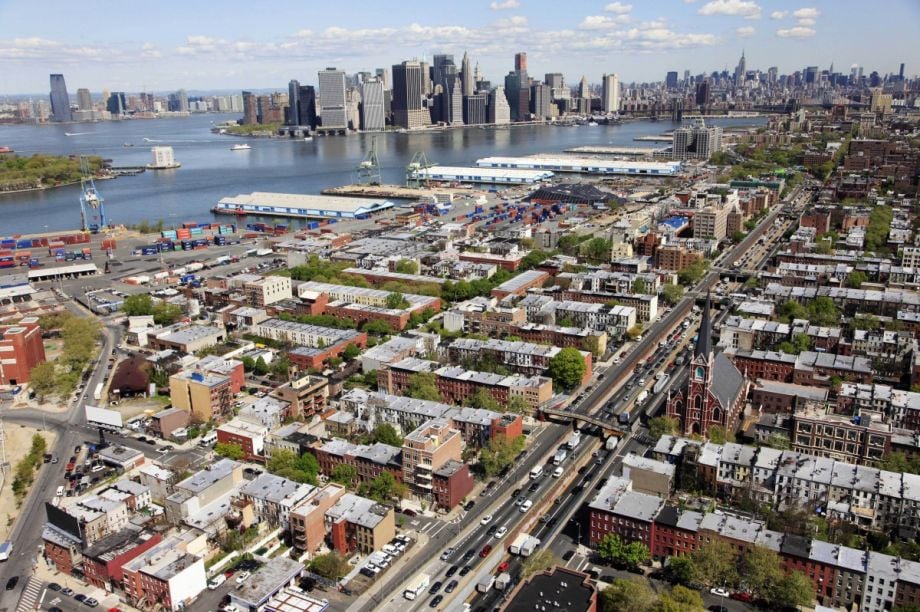 When Hurricane Sandy hit New York City in October 2012, a small mesh network installed by two activists helped keep some Red Hook residents connected. These days, mesh networks — networks composed of wireless routers, sometimes called nodes — are one of the first things city planners talk about when it comes to disaster preparedness and resiliency. But I’m more interested in their ability to bridge the digital divide.

Which is to say that these mesh networks shouldn’t be seen solely as a virtual bomb shelter and more as a tool to advance economic opportunity.

Tony Schloss, one of the activists who installed the router on the roof of the Red Hook Initiative (RHI) community center, sees it as both a job creator and a tool for economic development. “Here in Red Hook, the mesh networks are always a community driven model,” Schloss, who is the Director of Community Initiatives at RHI, told me.

The splash page for the network not only has bulletins about local news and events in Red Hook, but job opportunities as well. This is where mesh networks can help bridge that digital divide — by giving residents the ability to find work and connect with educational opportunities. And it’s not just a group of tech bros sitting behind their computers in a windowless office. When I asked Schloss if they did any community outreach in the nearby Red Hook Houses, a sprawling public housing project, he responded succinctly and with enthusiasm. “Absolutely,” he said.

Schloss works with The Digital Stewards, a year-long fellowship that RHI runs as part of the mesh network project. It gives Red Hook young adults, ages 19-24 — the majority of which have come from the Red Hook Houses, Schloss said — a crash course in technology. They work maintaining and installing the mesh networks while dabbling with internships. “We’re trying to get them into the field so they can branch out to a tech-related career,” Schloss said.

This idea isn’t confined to just a group of enterprising Brooklyn activists and smattering of tech geeks. Mesh networks are popping up in underserved corners of American cities, including Detroit, where Allied Media Projects has worked with locals to install a few networks. Detroit runs a digital stewards program similar to Red Hook’s.

The potential is great and the risk low. It is essentially a small, community network. The benefits cannot be overstated, especially when the library might be the only place with free Internet access. “The people who live here need access to the Internet in order to apply for jobs or follow up on educational opportunities or any number of things that many people take for granted,” Greta Byrum, a senior field analyst at the New America Foundation’s Open Technology Institute, said. “So they see mesh networks as a way to get access for folks in the neighborhoods.”

Byrum continued, stressing that these networks have a very tangible and real impact. They shouldn’t be met with skepticism the same way in which, say, phone apps that bring a black car to your door are. “When we work with communities, economic development and economic viability is often their primary motivating factors to get involved with this technology,” she said. So while mesh networks serve a very important and useful role during disasters, they can be an even bigger asset of normal city life.