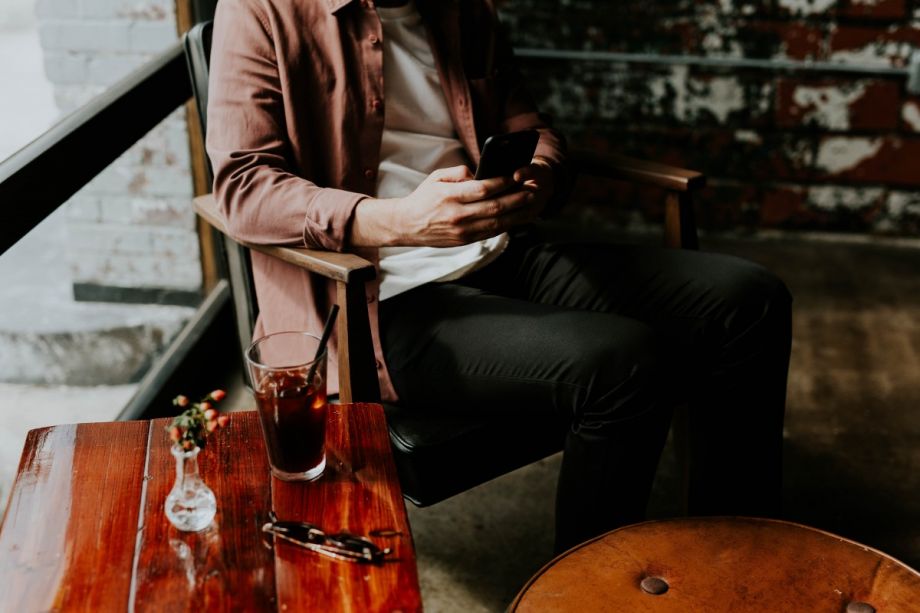 The first communication a person would receive from L.A. County Child Support Services Department was a 30-page letter. The second would be a court summons. Simply reforming the process to include a phone call to a person who owes child support has made the process more human-centered while improving compliance. (Photo by Brooke Cagle on Unsplash)

Last year, Los Angeles County collected half a billion dollars in child-support payments on behalf of local families, many of whom rely on that money to make ends meet. But collection, especially at that scale, is not easy.

In California, child-support payments go through an entity called the State Disbursement Unit (SDU). Payments are recorded into a system accessible by local child-support agencies, which are responsible for monitoring and enforcing compliance. Historically, child-support case workers had access to a limited set of punitive measures when parents were noncompliant — confiscated vehicles or driver’s licenses, garnished wages, or, in extreme cases, jail time.

“It was a one-size-fits-all approach,” said Steven Golightly, director of the L.A. County Child Support Services Department (CSSD), which employs 1,500 people. “Someone who missed the occasional payment would be hit with the same enforcement tools as someone who never paid.”

Moreover, as past-due payments added up — because people couldn’t pay, didn’t want to, were unaware of their obligations — it became harder to catch up. In some cases, people simply stopped trying. “What we have found nationally is these measures drive people underground,” Golightly said. “We were driving them away from us as opposed to bringing them toward us — and not only away from us, but also away from their families and their children.”

To take a more human-centered approach and improve outcomes and operations, CSSD has turned to two advanced techniques. In 2014, the department began employing predictive analytics, which uses data and statistics to predict case outcomes. And, recently, it began exploring the use of behavioral economics, which studies how human psychology and behavior can affect financial decision making.

The results have been notable. Before applying these techniques, the department collected 58 percent of owed child support; today it is collecting 63 percent. Looking for ways to increase that percentage, last fall CSSD hired FUSE executive fellows Carlos Thomas, who specializes in analytics and operations, and Amanda Wang Valentine, who has experience in the practical implementation of behavioral science and culture change.

Both predictive analytics and behavioral economics provide intelligence that organizations can use to tailor services and channel resources. For example, CSSD uses predictive analytics to manage staff caseloads. In the past, every case worker was assigned the same number of cases, irrespective of whether people paid on time or not. But when compliance is an issue, cases take far longer to resolve and require additional effort to mediate. CSSD’s predictive model uses variables such as marital status, level of education, and employment status to predict, with a confidence level of 85 percent, how likely a person is to pay, and then uses that information to adjust the number of cases assigned to each staff member.

The department does not use predictive analytics to determine which enforcement mechanisms to employ — an important distinction, because predictive analytics has been criticized in some contexts, especially as in the criminal justice system, for disproportionately penalizing people of color. “I am very conscious of not using this tool as a crystal ball predictor,” Golightly said. “Each case is different, and one size does not fit all. In fact, we say that ‘One size fits one.’ We tell our case workers that the classification or segment designation is but one indicator of outcomes — a highly accurate one — but encourage them to never allow the forecast to cloud their actual work with each case participant.”

Every two years, staff can choose the types of cases they want to work on; those who choose harder cases receive fewer assignments. Anticipating and allotting the appropriate amount of time and effort to each case enables the agency to better customize and tailor services, which ultimately leads to cases being resolved more efficiently and effectively.

“Some people have skill sets that are more akin to, for instance, detective work,” Golightly said. “Other people have skills that are more akin to hand holding or traditional social services. We’re able to tailor services based upon a very high confidence level of how we think the case will perform.” This specialization, Golightly said, also improves morale, because employees can focus on cases that align with their interests and skills.

FUSE fellow Thomas is helping to test and refine CSSD’s predictive model, making sure that the data included is relevant. He also compared it to a different type of predictive model to see how it measured up and found that the current model performed better. These continuous refinements have increased the accuracy of the model from 80 percent in previous iterations to 85 percent in the current one.

Golightly notes that child-support agencies typically modify predictive models to their particular needs and that the approach may not be appropriate for every organization. “The variables differ from urban to rural, from large to small programs,” he said. “You have to decide on your own whether or not specialization or case segmentation will work. But if you’re a medium- to large-sized child-support agency, I highly recommend that you don’t treat all cases the same. You have to figure out a way to segment your cases so that you can more effectively tailor service to that type of case.

Thomas works closely with FUSE fellow Valentine, who is using behavioral economics to make the collection process more human-centered while improving compliance. “It’s about understanding the emotional, economic, physical, and logistical barriers to changing in order to get somebody to do something hard,” Valentine explained.

One of the first communications a person traditionally receives from CSSD when a case is opened against them is a detailed, 30-page document that explains the obligations, Valentine said. Technical documents can be hard to understand and daunting for anyone, she said, not least people who are impoverished or non-English speakers.

Some who owe child support are from communities that are generally distrustful of the system, Thomas added. “We’ve got a significant immigrant community here, some of whom aren’t documented,” he said. “Their willingness to engage with us may be limited because of the perception that they could, for example, be deported.”

The next communication the person receives is a court summons. “Someone knocks on your door and says this is an order for you to appear in court,” Valentine said. Understandably, people often respond with anger and confusion.

Valentine and staff volunteers are experimenting with the addition of a phone call between the time the case is first opened and the person receives the court summons. “We’re trying to establish a rapport with them,” she said. “We check to see if they received the information, and then walk them through the various steps. The goal is to bring them into the process much earlier and give participants some choices, rather than having the court impose payment terms without the participant’s involvement.” Another simple adjustment has been to use non-antagonistic language. For example, instead of saying, “A case has been opened against you,” case workers will say, “You’ve been named in a case.”

So far, the results have been promising — and surprising. “We expected these calls to be much more negative than they have been,” Valentine said. “In the majority of our phone calls, people are very thankful at the end, and they’re indicating that they want to participate in the process. Participation can range from updating information to negotiating agreements, rather than letting a judge make the decision without their input.” These responses have, in turn, made a positive impact on case worker morale.

Other insights have emerged as well. Case workers have found that, when there is anger, it usually stems from a sense of powerlessness over the process. “You’re being asked to do something, but you don’t know how to,” Valentine said. By acknowledging those concerns and clarifying expectations, case workers can bring more people into the process. They also found that people are more likely to pick up the phone on Mondays. Based on the results of the pilot, the department plans to make the inclusion of a phone call standard operating procedure.

Thomas is working with Valentine to evaluate the effectiveness of these new approaches, including ways to measure customer satisfaction — such as net promoter scores, a widely used methodology for assessing customer experience — that go beyond just the absence of complaints. As part of this effort, Thomas held a “data summit,” in which he led the department in a review of the data it collects to determine what was still relevant, what should be changed, and what was missing. The knowledge will help CSSD generate metrics that align with its mission to ensure payment compliance, but to do so in a way that is human-centered and non-punitive.

To help improve compliance, Valentine also wants to explore such ideas as using text messages for reminders and broadening the use of payment apps that don’t require bank accounts, such as Venmo and Cash App. “I would guess that at least 25 percent of the CSSD population is unbanked,” she said.

In addition to seeing its collection percentage go up, CSSD has also seen an increase in the number of stipulated agreements, in which opposing parties mutually arrive on terms to resolve child-support cases without intervention by the court. “It says to me that people are more comfortable talking to us and coming into our offices. In the past, they were afraid to come in, because they thought we were going to arrest them,” Golightly said.

In keeping with CSSD’s human-centered approach, its offices have also been designed to make people feel comfortable when they visit. The layout is open, and the walls are painted pale blue. Golightly had plate glass security windows removed from the windows in the reception areas, and there is a play space for kids.

Ultimately, the department believes that forging better relationships with payers and families will help it achieve its goals. “We have found that the service approach — the holistic family approach — is much more effective in the long run in getting families to work together, getting parents connected with their children, and helping us collect the money, which is the job we’re actually here to do,” Golightly said.

He also believes there is still huge untapped potential for predictive analytics and behavioral economics in social services. “I don’t even think we’ve hit the tip of the iceberg — in welfare programs, in workforce development programs, in welfare-to-work programs, in SNAP [Supplemental Nutrition Assistance Program],” he said. “Any program where there’s a risk assessment and a need to help people make decisions.”

This story was produced in partnership with FUSE Corps, a national executive fellowship program that partners with local government agencies.